Pedestrians and Crossing the Street

You can honk at them and flip them off. LOL


I especially like it, when they have their nose in their phone, and trip going up the curb.

I hear ya opeth!!

There are a bunch of people out there who are only alive thanks to me!

They wander out onto the road, not looking...phones on...and I manage to somehow know that they're not paying attention as they sashay into traffic.

It's the zombie apocalypse! Plugged in and tuned out.

S&F to a rant I relate to!
jacygirl

originally posted by: opethPA
/Rant on

What color is your car, I want to go slower as I walk in front of you. I'll even get a walker from the nearest thrift store, or grab my cane and do my granny routine from when I was a kid. "Eh, sonny? Eh?"

posted on Apr, 21 2015 @ 06:59 AM
link
carry a loaded super liquidator in your car for just those occasions.
sweet sweet retro vendetta.

The worst are these women who push their baby carriages into traffic, atrocious.
edit on 21-4-2015 by greencmp because: (no reason given)

Grab their attention and others by holding your hand on the horn unil it is rediculously funny. About 15 seconds gets others smiling. Then after all the attention hold your hand to your ear while looking at the person/offender in that internationaly known sign language.... "call me".

Otherwise, foot brake and/or hand brake on, select 1st or low gear and 8000 revs mit smoke will surely get them hopping.

Mike and megaphone "You!!!, yes you stupid!! Get the eff offa the phone!!"

Drive aound them and let them walk into the side of your car. Tell the officer they were attempting to hijack you.

Stop the car. Get out..walk up to them, take the phone and say, "Sorry, this calls for me." (Caution, if they're big, don't attempt this. Call them sir or ma'am)

It's one of the perks of living here.
Suck it up buttercup or move to NYC/LA where mowing down pedestrians is more PC. 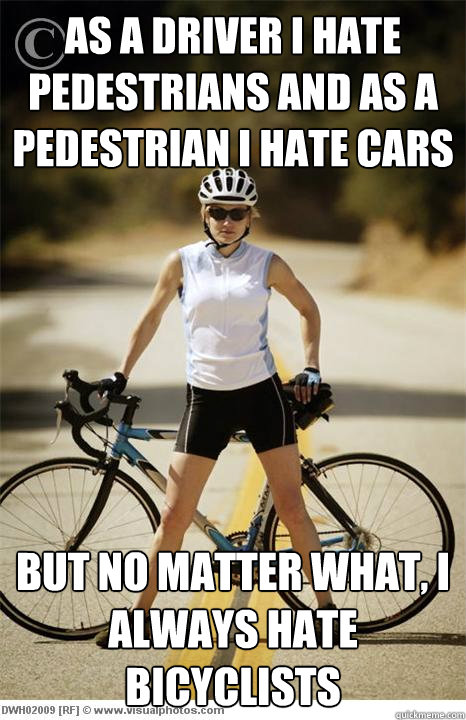 When the light is green pedestrians have the right of way; many people have health problems that may not be evident to drivers and walking slow is necessary for them.

Why do drivers have to be in such a hurry...like they are driving in the Indianapolis 500!

Pedestrians have to do defensive walking in order not to get hit by (too much in a hurry) drivers.

Turning one or both of the windshield washer tubes to the front of the car to squirt them with, works great loaded with lemonade or something else sweet, to attract the flies and bees!! LMFAO!!!

I´m sorry that after walking three miles carrying the groceries to feed my child i cannot walk faster to prevent you people of reaching your destination 30 seconds faster...

The drive thru must be reached on time, hence release the bees!!!

eheheh true, but how can you ignore the cool factor of pulling out one of these? 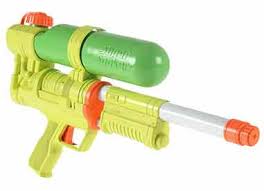 posted on Apr, 21 2015 @ 09:03 AM
link
Lay on the horn and rev the engine a few times. Blast some death metal while you're at it. If you're not afraid of jail, smoke the tires and scare the crap out of them.

posted on Apr, 21 2015 @ 09:07 AM
link
pedestrians in my area seem to be some of the worst i have ever seen. at lease once a week there will be some a-hole on the phone, and right before they step on the curb will stop right in front of me because they are so into whats going on their phone. but the worst by far is the uppity a-holes on their roadbikes. people on beach cruisers, and bmxs ride on the sidewalk here. the roadbikes on the other hand ride in the middle of the road. and here in so-cal you have to be 3 feet way from a bike. so when you got a pack of these riders, you have to go into oncoming traffic. if there are cars coming, you have to wait till traffic eases up to go around them. its like being behind a school bus for miles sometimes. even with only one guy riding he can have traffic backed up for many blocks.

Who's more entitled-the driver or the pedestrian?

I wait for the cars to pass before crossing because I don't wanna hold up the traffic and I believe the motorists have the right of way and If I can wait a few seconds then so can everyone else, but then again I see Four Wheel drive owners plow through zebra crossings with little or no regard for others while their noses are buried in an iPhone.

It is literally a two way street.

I am one kind of person mentioned by the OP. I am a pedestrian in PA myself, for some context. I've purposely walked in front of cars to help people less able crossing. Of course at a safe distance. If the person wants to try and switch lanes to go around, I'll make it apparent I wont allow it.

For my personal walking habits though, I will mostly cross before a car when they come to an intersection with or without a stop sigh. If there is no sign I walk a little quicker. If there is a stop sign I will not. I also tend to walk much slower or state loudly to the driver my disapproval if they pull over the white lines signifying the need to stop.


My reply there was more of a silly answer to the situation, rather than a serious one! LOL!!
I can understand that some people do indeed walk slow as is their normal behaviour, however, I have seen some walk very fast up to the street, than drop their gait to almost a crwal on purpose! These people are whom the squirting device would be fully well garnered for it's intended use! This would not apply, obviously, to those whom need to walk slow, as per their normal walking gait... LOL! Thank You for Your Time on this matter. Later, Syx.
edit on 21-4-2015 by SyxPak because: (no reason given)

posted on Apr, 21 2015 @ 10:35 AM
link
I don't know if it's everywhere but now in most street I see, pedestrians have buttons where they can stop all 4 sides of the road so that they can walk freely. Gone are the pedestrian lights if no one pushes the button, so stupid people think they can't walk if there is no little pedetrian light.

The idea isn't that bad, some really need assistance to safely cross the street but I see normal, healthy and young people use this button when I believe they don't need it at all. After a press of the button, all 4 ways on the street come to a complete stop thus putting life on hold for douzens of drivers because ONE person wanted to cross the street.

I have always been someone that doesn't like to waste other's time, in fact even when I was a kid I never used the school crossing guard's services because I noticed drivers waiting only for me, something which I found deaply annoying. So, just like I do today, I cross the street when it's safe and that I don't disturb traffic.

Are people really that stupid that they can't cross the street without resorting to stop everyone at the same time? Sometimes, I see people pressing the button BEFORE EVEN checking if the button was really needed...so while they already crossed the street, I arrive seconds later and the drivers probably think that I'm the moron that pressed the button. Then I shamefully cross the street and I feel like a retard.