Why is ATS so Right Wing?

Too many Rand Paul supporters, not enough mushroom supporters. 🍄

originally posted by: amazing
This is very true.

Likely because we are living under the left at the moment. I'll bet things would be very different if the situation was reversed. Like it or not, the Left is The Man right now, and if you have a forum of people who like to Speak Truth to Power, then that means we are speaking to the left.

originally posted by: BlueMule
It needs a line about tree-hugging.

'Go away tree huggers we got nothin' to discuss.
All you wanna do is raise taxes, go put on your banderas'

It's funny this applies perfectly to the US too.

originally posted by: amazing
This is very true.

What I find amusing is you have all these members that claim to reject the GOP and call themselves Libertarians but consistently fall RIGHT in line with Rush Limbaugh, the one and only real conservative republican spokesperson aka their true leader.
edit on 21-4-2015 by olaru12 because: (no reason given)

When the GOP gets the White House this next cycle... The thread titles will read thusly:

Why is ATS so Left Wing.

They did when the Shrub was in the Oval Office. I doubt it'll be much different this next time around. Much as I may wish for it.

Why do people continue to falsely push the notion that politics are 1-dimensional??

There is more than just "the left and right" and the only true difference between the two are purely economic. 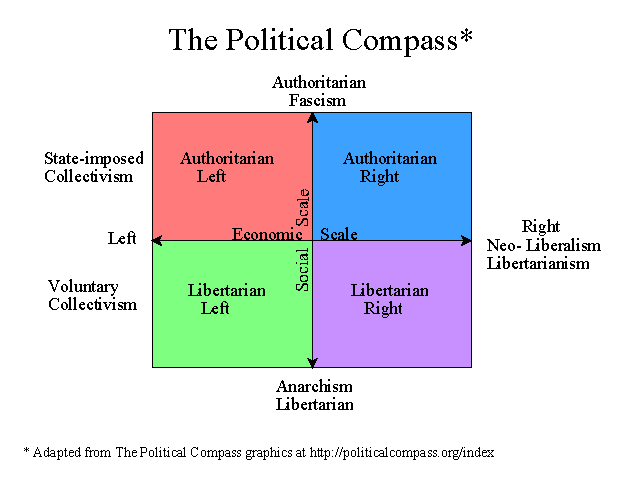 
originally posted by: BlueMule
It needs a line about tree-hugging.

'Go away tree huggers we got nothin' to discuss.
All you wanna do is raise taxes, go put on your banderas'

'Go away tree huggers we got nothin' to discuss don't make me cuss. Beware I got a blunderbuss. You can't take it away, you're so gay, try it and make my day. Punk.'

There is another conspiracy board where posters are consistently right wing though.

I wonder how many of those in favor of more collectivism on ATS are Americans. I always had the impression collectivism isn't very popular in the land of the free even if that seemed to change lately
edit on 21-4-2015 by JUhrman because: (no reason given)

It needs a line about tree-hugging.

'Go away tree huggers we got nothin' to discuss.

All you wanna do is raise taxes, go put on your banderas'

'Go away tree huggers we got nothin' to discuss don't make me cuss. Beware I got a blunderbuss. You can't takei t away, you're so gay, try it and make my day. Punk.'


That made me laugh so loud, someone came to my office to check on me.

Oh and you could also say ATS was a liberal bastion when GWB was in office, so it seems the opposite party become more vocal when the other side is in office.

Or, perhaps, the people on this site hate democrats and republicans equally.

Personally, I hate both political parties because they are both authoritarian.

I've no idea how many Americans would be in favor of collectivism. I'm certainly not...but I'm just one person.

originally posted by: seagull
a reply to: JUhrman

I've no idea how many Americans would be in favor of collectivism. I'm certainly not...but I'm just one person.

I understand that position but to me it always seemed to be applicable only for as long as life is treating you well.

It's easy and logical to be against it when you have a succesful life or come from a wealthy family. Most people don't like to share and it's understandable. Until you need a very expensive medical treatment or need help to support your handicapped children. Then you start realizing it's a lie when some say everything is possible if you work hard enough. Life doesn't always play fair. Far from it. That's why societies are about individuals putting their common interest before their selfish one.
edit on 21-4-2015 by JUhrman because: (no reason given)

It's idiotic to imagine that only the government is corrupt by power. The corporations and financial system are ten times more. And there is only one power that can stand against corporations: the political.

Corporations, by their nature, write laws?

Corporations, by their nature, have militaries?

Corporations, by their nature, have police forces?

What happens when a corporation wants you to buy their product? They make advertisements. You don't have to buy it if you choose not to.

What happens when government wants you to buy a product? They write a law and force you to purchase it under threat of fines or imprisonment.

Corporations can't do that. If a corporation needs funding they have to work on the basis of the equivalent exchange of value--you get a product or service and they get money.

If a government needs funding they create a tax and put you in prison and take your assets if you don't pay it.

Government has money and the monopoly on power. Hence why corporations buy politicians--they know who has the actual power.

Corporations use lobbyimg to impose their laws.

Corporations are getting always mor power each day and if the trend continues one day the dreams of sci-fi writers will become true and megacorps will replace governments.

Unless we prevent it using the tool at our disposal: democracy.

I"ve been in that position, though. When my mom was sick, and later died; the financial hit was, to put it mildly, extreme. Not to mention the funeral. My Dad had by that time retired...air force pention, and SS don't go very far in those situations. Insurance covered a bit, but no where near enough.

I ended up having to, along with my sisters, cover the vast majority of it. I recall having those thoughts a time or three...

In the case of catastrophic events? I have no problem with helping out others who may be hurting...I've done it before, and I'll undoubtedly do it again. Why? Because it's what you do when people need help.

Where my issue with it begins is when it becomes coercive.