ISIS, Taliban announced Jihad against each other

ok the headline made me laugh until i fell out of my chair i gotta be standing next time. holy #
edit on 20-4-2015 by TechniXcality because: (no reason given)

How much is the US paying the Taliban to do this? Money or maybe giving Afghanistan back to them.

I just announced jihad against the caliphate i declared in my living room.

I just announced jihad against the caliphate i declared in my living room.

You could launch a crusade to any destination (bathroom, bedroom, kitchen, corner-store, etc) too.

I just schism-ed with the religion in my own territory, then fled to the more peaceful lands in the other room.

My new sect is about self-respect and not taking any needless # after working all day.

It's like the Jewish Sabbath, except at bed-time, every night.

I fear for our future, though.

Nah the atheist got the bathroom locked down, and the jihad ive waged against the caliphate in my living room has me feeling kinda negative. Im really trying to have a good time tonight so i think ill join the hippie commune in the master .

posted on Apr, 20 2015 @ 11:41 PM
link
Well, Afghanistan is known as the burial ground of armies and military invaders. If ISIS were to step foot in their it would be certain death.

Nah the atheist got the bathroom locked down, and the jihad ive waged against the caliphate in my living room has me feeling kinda negative. Im really trying to have a good time tonight so i think ill join the hippie commune in the master . 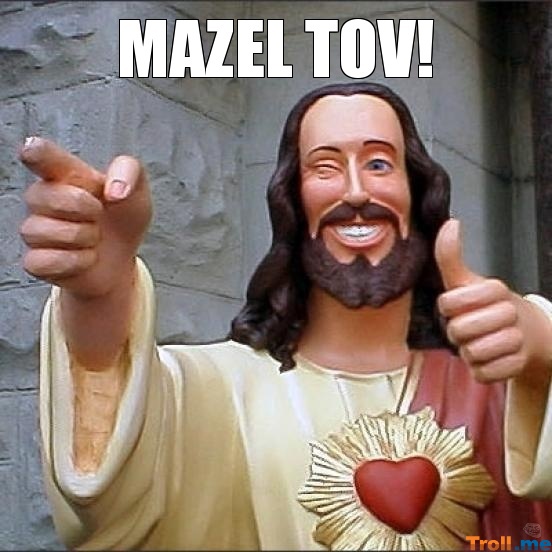 posted on Apr, 21 2015 @ 12:56 AM
link
Personally, what i think has happened is the two kids of the cia "ISIS" and "Talibán" have both reached the rebelious state of adolescence. It was time to open up a whole can of whoopass on them to remind them that you "don't talk back" to your daddy.

The Talibán got theirs a decade ago, now ISIS are out of hand and so, its big brother (Tha talibán), are going to give it a proxy ass whoopin' on behalf of their absent father. 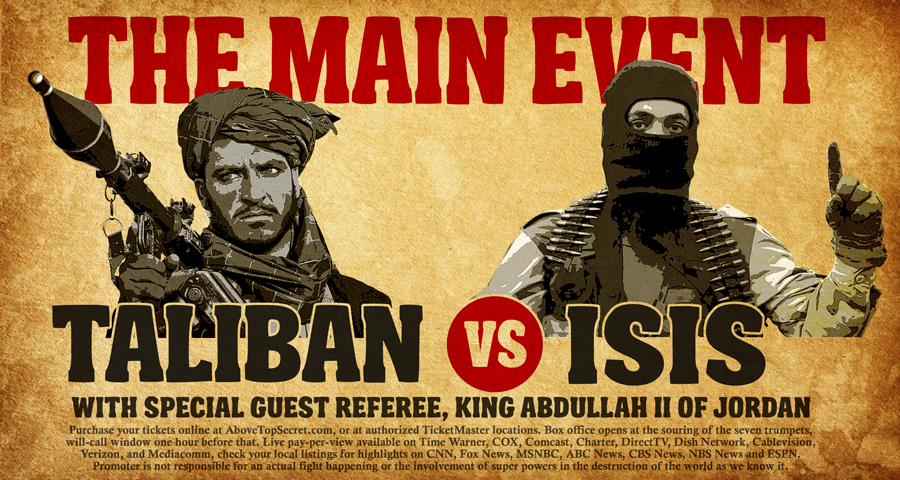 What time does the main event start? I know the invasion liberation of Iraq was announced beforehand with time/date of said liberation.

I want to book holidays to ensure I don't miss the main event.

Hell - given the advanced video tech ISIS uses, I'm assuming this will all be televised in full 1080 HD/3D.

Jealous of your graphics prowess SO...even so, that advert is awesome.

posted on Apr, 21 2015 @ 02:13 AM
link
The more and more I watch these events unfold daily the more I am convinced that the only way to NOT believe there is a global elite pulling all the puppet strings is to literally live under a rock and have zero exposure to this world.
It couldn't get any more obvious, that there are powers that have planned this from day one to a tea, and are pinning us all against each other. It gets even crazier when I realize their agenda flows so smoothly it's almost as if it's being guided and these elite answer to an even higher more orchestrated power in the pyramid- ( the devil himself)

It feels like we're on a collision course for a climax moment in earth's history. It's good to know the LORD will have the final say and one day everything will start over and there will finally be peace

When will this be available on PPV ?

Looking at that pic. I'm quite sure the Taliban will shoot the booger off that ISIS finger. Sick of looking at their nose picken fingers.

Sadly, I believe that has been our standard operating procedure in the Middle East for some time now.

If your a Christian, peaceful or other than Islamists, it is time to move to another part of the earth. You have to be stupid to live there right now unless you want to fight and or just get deaded.

If we want peace over there, we have to install dictators like Saddam and Kaddafi and Mubarak. We need to support Assad who's crime was fighting ISIS to begin with. These people and their form of religion are essentially animals and cannot be trusted to their own means. They must be led by brutal dictators, preferably ones who's goal is to change Islam or rid their countries of it.

Unlike Christianity which has evolved to a religion of peace and pacifism for most of them, Islam has tenants that support warring and murder. This must be changed. How? Either through eradication or maybe they need a new Prophet to teach and rewrite their religion to support peace and love.

Unlike Obama, most of us are not afraid to hurt the sensitivities of those who follow a religion that teaches war. Obama is an intellectual liar. He knows dam well Islam is not peaceful at it's roots. He thinks appeasement will change people. It wont, it don't and never has.

I cannot understand at all how intelligent people follow any of todays religions literally but Islam is the most dangerous of them all. How can anyone believe a being so powerful as a God and creator would want such small beings as us to kill one another or even care what our minds think is our true origins?

Do you really think an all powerful creator/god would be so petty? Man has given human traits to "God". Ones that are illogical and backward.
edit on 21-4-2015 by Xeven because: (no reason given)

1. Hornets nest. (Attract all the fly's to the #)
2. Divide and conquer. (Let them destroy each other, then destroy what remains and take over)

These are the only things you need to know when it comes to the middle east.


In Charlie Sheen's words, this is "Winning!"

We already have Al Qaeda since they were never defeated, we have AQ in Africa, now we have ISIS in Africa....We have AQ in Yemen now ISIS in Yemen, we didnt need another bogeyman as we didnt get rid of the current one.

I dont get it, wait I do get it, the Muslims are so extreme that AQ does exist, the Taliban does but now an even more extreme form of Muslamity emerges who want to bone 40 virgins more than anyone else, so ISIS emerge.

But wait, there cannot be so many crazy ass Muslims so it must be US puppets.

Nope, the religion of peace cannot even be at peace with itself, cool, fill yer boots!

How wonderful...can't wait for our administration to pick a side and arm them...suddenly one of them will become our allies.