And this guy thinks he can win the presidency!


What is he going to say when the other candidates point to the reality that people in his own state hate his guts?


With this low rating only one with supreme arrogance can think he can win the presidency with these low numbers.


Gov. Chris Christie (R-N.J.) probably isn't having the 2015 he hoped he would. A poll released Monday finds that Christie's job approval rating has fallen to a record low among New Jersey voters. According to the Quinnipiac poll, only 38 percent of New Jersey voters approve of the job Christie is doing as governor. This represents an 8-point drop from January, as measured in an earlier Quinnipiac poll. A majority of voters expressed disapproval of Christie's handling of education, the economy and the state budget. Christie's approval score on this new survey is the lowest he has received on the Quinnipiac poll while he's been in office, and the lowest approval rating for any governor in the nine states Quinnipiac has surveyed this year. In the poll released Monday, just 35 percent of New Jersey voters said they have a favorable opinion of Christie -- down from 42 percent in January, and down even further from his all-time high of 69 percent in March 2013. Other pollsters in New Jersey have measured the same downward trend for Christie, including a Rutgers-Eagleton poll released earlier this month that showed Christie's job approval rating at 41 percent. The governor's ratings declined between 10 and 15 percentage points in late 2013 following the first disclosures of the so-called "Bridgegate" scandal, and the downward trend has continued over the past year.


The guy has presided over many bond rating devaluations of NJ and the NJ economy is about the worst in the nation as other states around Jersey actually are doing good this guy is presiding over the worst state economy in the nation and he thinks he can beat Hillary Clinton!


The GOP candidates aren’t stupid, if this guy gets anywhere near the race they will clobber him with his low rating in his own state and the lousy economy he presides over in Jersey

Doesn't he have some bridges to close or something?

Let me save everyone heaps of trouble. If you see them in the news, rest assured, they're pawns.
edit on 20-4-2015 by Rosinitiate because: (no reason given)

Only relevant to himself. He is a R.I.N.O.

When asked by if he would enforce federal drug laws in those states
that have legalized and regulated cannabis, Christie responded unequivocally.

"Absolutely," Christie said. "I will crack down and not permit it."

Wrong. You will not. 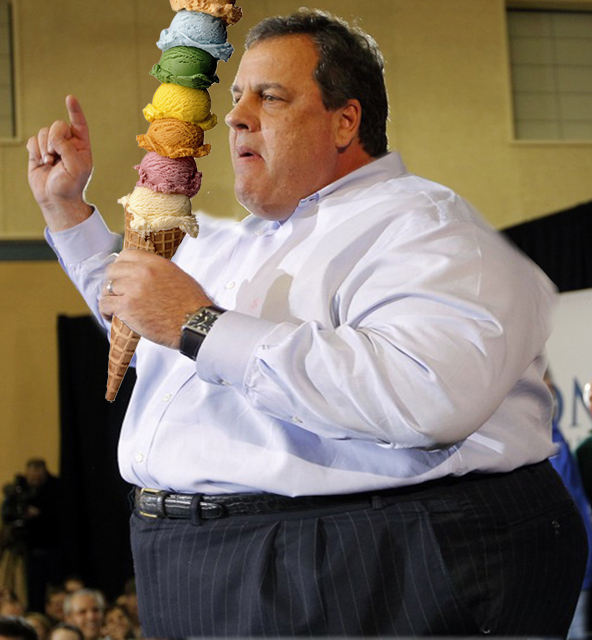 posted on Apr, 20 2015 @ 06:30 PM
link
I have lived in New Jersey all my life and remember governors back to Tom Cahill. They were all as corrupt as humanly possible and some, like Jim McGreevy and Jon Corzine went far beyond that. For the last 30 years at least the corrupt, sellout scumbag State senators and congressmen have been robbing all of the cash they could from every fund they could find including the pension funds. The unions want their money to be replaced by taking more from we private citizens (which will probably be stolen too), and the governor is holding the line. Way too many of us in the private sector have suffered massive salary cuts and taxes are way down, but the union boys don't care and they all hate the governor for not stealing more from us, (where were those union boys when we were being dissected). Chris Christie is a man who sticks by what he believes in and even though a lot of what he feels I do not agree with, I have to give him respect for not caving to pressure from clowns. Would he make a good president? Hell NO, he should stay out of that sewer and I have told him that myself. Our problem is NOT in the governor's office it is in the Senate and the Congress which are both populated by the most corrupt collection of sellout scum ever assembled. Governor Christie staved off the Doom that another 4 years of Jumping Jon Corzine would have surely caused, but the Out House, I mean the White House is no place for CC to even aspire to. Don't worry though folks, Jeb or Rodan, I mean Hillary, will get the next shot at the Anal Office if O-Bomber does in fact decide to leave.

originally posted by: ugmold
a reply to: Willtell
Remember he bent down and kissed Adelson's feet, which means he's a contender. And a Pig.

One of ATS' all time great!

originally posted by: ugmold
a reply to: Willtell
Remember he bent down and kissed Adelson's feet, which means he's a contender. And a Pig.

Who does that remind you of? 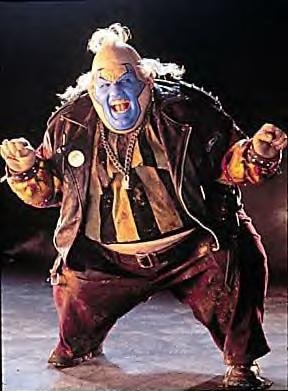 That may be his brother or father

Saw this on Twitter yesterday and am ashamed to say I laughed.

"American people are so dumb they might just elect him".... don't be so sure, as he's pretty damn arrogant.

Plus, he's emboldened because he's gotten away with allot of crap. I think the truth is that bullies have entitlement mentalities and along with 'arrogant and emboldened', none of these qualities make for good leadership. I think people are seeing that and are wise to him, at least I hope so.

The fact that people voted him in twice as governor, this ignorant do nothing corrupt bully, makes you think the American people might go for his tough guy con.


Also, I remember him and Obama during the hurricane when Obama came to Jersey. Together they looked like the number 10 walking down the street

I agree. But now they are finally seeing what's behind the mask. The only people who still believe in him are those who are just like him -- like attracts like.

I knew he was a bully/sociopath from the get-go and predicted he would screw things up and feel entitled to that which is not his to take -- part of the disorder. But then I have an unusual and natural ability to identify (not diagnose, but actually identify) sociopaths and narcissists just by casually observing their facial expressions, eye movements, body language, tone of voice, and their reactions -- regardless of the person's age, from as young as 5 yrs old to elderly.

I am quite adept and skilled at identifying people with this disorder and predicting the type of destruction they will cause and am well compensated to do so -- no I don't work in LE. He would be worse as a President than he is a Governor.

I am STILL waiting for his Final Fatal Heart Attack ..............South Jersey Will Be FREE One Day Trentonites !

posted on Apr, 21 2015 @ 09:10 AM
link
Good news everybody, we won't have to worry about a President Christie - we will have another King Bush! Or perhaps a Queen Hillary. Aren't choices just dandy?