Why I think Hilary will win


originally posted by: beezzer
Can someone explain the differences between Jeb and Hillary.

From what I can see, their platforms are almost identical.


Come on beezzer, just pick one, bush or tits, you can't go wrong.

No matter who sits down on the throne, within the first year they fall in line like the rest of the good little robots.


... and the wheels on the bus go round and round. 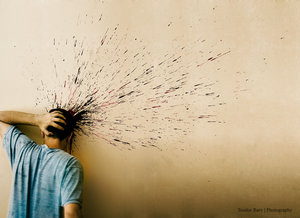 After you've sat back down to nurse the goose egg on your forehead, you can crack open a beer, light a ciggy, sit back and have a good laugh at all the new anti-[insert prez name here] threads on ATS.

All 435 congressional districts will be up for reelection/election.

Election Night Nov 8 2016 will be a huge night for republicans or democrats, not so much for the rest of us.

I had a discussion with a former Vet this last weekend who told me he believes the Congrssional Pub's have been bought, that HRC has it in the bag. Monies have been funneled up for the Powers, in order to survive the fall. He is regurgitating conspiracy mixed with logical observation, but what caught my attention was his hook, which makes Republicans relevant again, fiscal conservatism for a crashed economy. It must break and fall for conservatism to be voted for again. The harvest is in session, winter is coming, preserve all you can he said. It feels right what he said. He also said FDR was a realist, coservative by environmental pressures, so...it may not be a Publican, but conservatism is the only way out of our liberal mindset regarding spending into the next century.

never mind there isn't one.

never mind there isn't one.


I pray neither one gets the nomination.....with that said ...Look at this evil witch and i am only posting about her because i have not cared enough to look at what BUSh BOY has said......By far the most egregious hypocrite in the bunch.....

She goes on and on about women's rights in her ugly pants suits but easily and under the guise of human being accepts millions of dollars from the country Saudi Arabia which ranks #1 in Abuse of the rights of women and children! Which to me is just sick....Kentucky.com

It would be fun- and there's no way I'd be worse.

The neocons war machines thirst for profit, surpass the will of the citizens.

I predict the media propaganda forces will ramp up the drumbeats for war even before the elections.

Have a read of this: www.cblpi.org...

The Clinton legacy is far from over. Jeb is Bush version 3.0, HRC will go "PLAID" regarding Bill's framework. Choose neither if possible, but if between the two...at least Hillary is a woman and some progress would be made on that front...but China, Russia, and the ME will never take her seriously, EVER. The vultures will circle. Doesn't matter really. Both Royal American Families are toxic. Vote Paul or Rubio? Wasted vote. HRC it is, and then, just maybe after her and Obama, we will elect on merit and capability, rather than "appearing" progressive.

There should be an " Unwritten Law " that Prohibits Moronic Americans who happen to be Registered Voters from Actually Voting for Candidates that are Known to be Destroyers of American Freedoms . Beating the Krap Out of them is the Other Option IMO .............
edit on 20-4-2015 by Zanti Misfit because: (no reason given)

posted on Apr, 20 2015 @ 11:50 PM
link
There will certainly be plenty of tabloid headlines coming from a Hillary Presidency with Bill as the First Gentleman. The news media is praying for her to win for this reason alone, LOL!

Wow!! thank you for that info....Truly unbelievable!! What a disaster we will be in if Hypocrite Clinton wins! just when I thought it couldn't get any worse! Geeze!

I agree.... makes you feel like why not f# it up more, it's not quite f#'d enough already.

If she wins that is exactly what will happen -- she will take things from bad to worse and then take zero responsibility -- guaranteed. I don't believe in the "We need a woman president" crapola. No... one's gender or color should not be a consideration -- how about character, track-record, accomplishments, leadership qualities and someone with a sense of fairness (instead of a sense of entitlement) and a freaking normal brain for a change. How bout that.


Difference: One is male, the other is female.

Commonality: Both are sociopaths with no accomplishments or leadership qualities.