posted on Apr, 20 2015 @ 11:09 AM
link
﻿﻿﻿﻿﻿﻿
I just want to make some things clear. Those things being shown are for those other people, because let's face it they are the others and just to let them know actions will be taken against them and those actions are justified, doesn't matter if they are the president of at&t or any of their advisors. . Those news articles enables law ENforcement to, under this realm, neutralise threats from terrorists. We know at some point their side will try to remove this problem of theirs and we see in history, that they will fail and be destroyed. Look, this programming doesn't instruct me to negotiate with them it instructs me to install this program and remove any perceived threats. There is nothing in there about a treaty, how can that even be possible if there is only one structure, your structure has become invalid under this new framework.
There is only one God, Allah. We see how Pharoah got destroyed, Pharoah sent his troops after them, he lied, he said they were free but when they tried to go free he wanted to destroy them but he and his troops got destroyed. It's there in the book about how the rulers and the kings of the earth will take counsel to destroy God and his anointed and we see that the enemy will be defeated the enemy and his agents will be destroy. With that said this programming is to unite on the one hand and bring the world to its knees to our God, to prove that our God is the onetrue God and, you won't escape. These peoples documents are as good as theirs and even trumps thiers because, I Know, I put my faith in the God because, I Kno.
"Now, thier system is outdated, expired and will inevitably fall. This system gives real freedom but not complete freedom where you can just do any act as you please, that's why you don't see any article pertaining to human rights. If you operate under those principles with other additions, you wil already inherently know what you can and cannot do. Under thhe devil rule he allowed people the freedom to do as thou will, under Gods rule you can't do that. This government will not come after your property, you own what you posses no weapons though. These members won't pay taxes and will live inside the realm of peace and security. No borders, every region combines it's resources. Every area of each region will have local natives working hand and hand with this government, the natives govern themselves to an extent. Financial reform, nobody is poor, they coulddo that now but their system is setup to robb either its for your homes or the tax you people But it all comes down to the individual, where do you stand? .

Nothing to fear. ISIS is here. 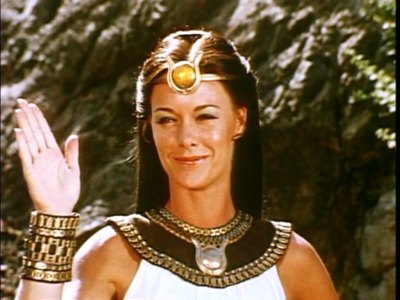 posted on Apr, 20 2015 @ 12:18 PM
link
I have absolutely no idea what this post was about. None at all. Anyone care to, oh I don't know, put all the words in a different order and come up with a coherent post?

I'm guessing it's something to do with PR control for Allah? Maybe, some vague system is in place about something and someone's not happy with it, but don't worry there's another, vague, system that's going to be fair, but not too fair to take it's place? Is that what I just read?

I mean the thread starts with these words.
"I just want to make some things clear. Those things being shown are for those other people, because let's face it they are the others and just to let them know actions will be taken against them and those actions are justified"

Now I'm no English scholar, but what the actual flack? Seriously what are you talking about?

You're kidding me right?

Where in that does it say it's a movie script? It's not even coherent, you do realise that right?

You do realise this is a conspiracy site yes? PR to us is Public relations. Not public release, you didn't clarify it actually. Amend your title or your first post.

Damage control and then talking about terrorists or something is just.... Asking to be misunderstood. You have cleared it up now, yes, but it could easily be put in the title. "Film". End of.

Joanne Cameron, a favorite from my childhood!!