The Enemies of Compassion

originally posted by: BlueMule
I watched a TED talk by Joan Halifax about compassion, and she listed 'enemies of compassion' as:

And as a bonus, here is another TED talk about self-compassion as an alternative to self-esteem.


Compassion is okay if the one receiving it doesn't expect or demand it. You know, to the point where they are useless to society. You know the age old adage, 'Give them and inch and they take a mile'. It does nothing for the person to have compassion for others who take advantage of them. It does make their bank account dwindle and a burden on their family.

There is a balance to everything. I don't mind helping someone and having compassion but you really have to know when to pull the plug.

posted on Apr, 18 2015 @ 10:58 AM
link
Pity is an iffy, since it does walk the path of empathy or being humble, but it depends how one pity someone. Sure there some that would love the attention, or sharing and speaking about their problems, but for others, pity can be really insulting.

Moral outrage is obviously anger, and fear can make anyone do things that they'd never do, while attachment to outcomes is more like Spock calculating the odds.

Pity can be very insulting when one has too much pride.
edit on 18-4-2015 by Specimen because: (no reason given)

posted on Apr, 18 2015 @ 11:04 AM
link
I have compassion in my fellow man until they give me a reason not to do so. Too much on either side and you risk being taken advantage of or being cold hearted. Balance it for your own personal well being.

Wisdom is knowing when to act and when not to, as in giving an inch. Compassion can and should be there either way, regardless. Otherwise, you are making it conditional on the basis of a mere social mechanism and judgment by way of it.

Wisdom is knowing when to act and when not to, as in giving an inch. Compassion can and should be there either way, regardless. Otherwise, you are making it conditional on the basis of a mere social mechanism and judgment by way of it.

I learn from experience. I don't help people out for some kind of status or to look good in my community. I do put an end to it when they take advantage of it. I'm just keeping it real. I used to be gullible when I was young. I paid the price for it.

You're making it about politics. No one here is saying have compassion so we can raise your taxes. Compassion doesn't have to be attached to your wallet. You can feel it for everyone, all the time, unconditionally, because everyone, even those who don't need your tax dollars, deserves it. Even you. Just like love.

You're making it about politics. No one here is saying have compassion so we can raise your taxes. Compassion doesn't have to be attached to your wallet. You can feel it for everyone, all the time, unconditionally, because everyone, even those who don't need your tax dollars, deserves it. Even you. Just like love.

I don't play politics. I've helped people who I thought needed it and I got along with (or so I thought). I have been taken advantage for it. Now I'm cold as steel. My compassion left the building when society #ed it up.
edit on 18-4-2015 by LOSTinAMERICA because: (no reason given)

Well, that's one reason why you deserve our compassion. 😉

Everyone does, society does too.

There's a tremendous kind of relief and happiness that comes when you release people and society from expectations and judgment, and give them love and compassion.

The scans showed that when meditating on compassion, Ricard's brain produces a level of gamma waves - those linked to consciousness, attention, learning and memory - 'never reported before in the neuroscience literature', Davidson said

posted on Apr, 18 2015 @ 11:30 AM
link
I get what you're saying about the money aspect. It's more than that in my prior experiences. I don't put myself in bad situations anymore. If I have no choice I strengthen the odds in my favor. I'll help my family out and that's about it. I'll give a homeless person a couple of dollars. I know they are going to buy a beer but at least they can forget their messed up existence.

posted on Apr, 18 2015 @ 11:42 AM
link
I get that feeling from REAL friends and family. I do meet good people sometimes. I try to keep them in my life because they are few. We all have those experiences that create who we are. We are the sum total of our life experiences. I seen a family get into a car crash right in front of me. I ran out and kicked the windows in and pulled them from a burning car. I have compassion when it counts. I don't turn a blinds eye or boast heroic deeds. I do what the situation calls for. I wish others would and I know there's people who do but we have all seen the one's that don't.

Am I more compassionate than anyone else? I don't think so. I don't dwell on things I have no power over. I'll live my life the way I choose. I know I won't be part of the problem. That's all I can promise.

I really enjoyed the 2nd video!

I didn't watch the first. I think the words and phrases you listed need to have definitions. Maybe they do that in the video, but a lot of disagreement in the thread seems to be because each person has their own definition of "pity" for example.

Hey glad you liked it! I think self-esteem is a game with no winners. Self-compassion, no losers.

In that case, I would agree that using my definitions of pity (feeling sorry for), moral outrage (anger and resistance to what is), fear and attachment all run counter to actual compassion.

“If the only prayer you said was thank you, that would be enough.” 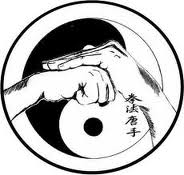 originally posted by: TwoRavens
and if that child has no parent? That is where compassion starts. That is what is truly divine in my own book. What is truly perfect. To see a need and fill it. All I have ever seen of detachment has led to more suffering. That is my own interpretation, your mileage may vary. If I was a Divine Being, I would do more good and bring more good into the world. If I was someone seeing someone else in pain, I would want to reach out and help. But far too often the Divine means to "let someone else develop at their own pace"..when maybe the pace should be to lend a hand now and then. I would rather be imperfect if it means questioning the suffering and wanting to not just not SEE others suffer or know I wasn't the one RESPONSIBLE for their suffering but not care about what I saw or was responsible for but rather for what I FELT and act from the HEART.


Many of your questions are based on the assumption that the Divine created all this in the first place. This is a myth that needs to be understood and transcended. The Divine is not the Creator-God we have been indoctrinated into.

Until one recognizes that the Divine is not the creator, but that everything and everyone is a non-separate modification of the Divine Consciousness-Light-Energy, this kind of questioning, and even blaming of some great Other for not making things right, like some super-parent, will never cease - nor ever be answered.

I never said not to pray for things to get better - not sure where you got that idea from what I wrote. I just said surrender into real communion with the Divine, and while you do this, express your intention. Continue to do this, even while breathing the Divine's Presence, until you feel your prayer has been received.

That is also when you may feel free of the results, as it is now in the Divine's hands.

originally posted by: Benevolent Heretic
In that case, I would agree that using my definitions of pity (feeling sorry for), moral outrage (anger and resistance to what is), fear and attachment all run counter to actual compassion.

Part of our situation in considering these four "enemies" is that they are not defined, as you initially mentioned.

This vagueness is compounded by the fact that the presenter was oriented to the Eastern definition of compassion. The East is much more of an "alpha" tradition and culture, as compared to the Western Omega traditions and culture. The alpha traditions, and in particular the Hindu traditions, tend to separate Consciousness (God) and Matter (Maya) and look to get away from Matter, especially the gross physical planes.

To do this, the aspirant is often encouraged to meditate as much as possible, and to minimize worldly contact. "Women and gold" are still considered the "enemy" by many a monk!

This approach promotes the ideal that one should be passive about worldly contact - even detached. In other words, worldly contact should be avoided as much as possible. And then after one's great enlightenment, which usually takes endless lifetimes, one may return and be compassionate to all, because their realization will not be phased. This "return" is especially found in some Buddhist traditions,

My point is, anger is anathema in many Eastern traditions - whereas, anger, even moral outrage (though this needs real defining) can actually be a compassionate thing to do. it depends on the consciousness, intention, and actions of the one being angry.

So again, it depends on the whole circumstance, not some rigidly fixed ideals of what compassion should look like.

It seems to me, more and more, that it really comes back to ego, and blaming the victim to justify the ego. It just seems that a lack of compassion goes hand-in-hand with excess ego. It's too easy for people to proclaim, "I'm smarter/prettier/richer/better than you, so I deserve better but you deserve whatever you get."

It's sadly true that whenever we find ourselves in less than desirable circumstances, we can look back and see where we went wrong. Most of us learn from our mistakes and do better going forward. Some people do not, and continue making poor decisions, continuing to hurt themselves and others. But in the end, those are the people who need our compassion most, but cannot be helped unless and until they make better choices... Unfortunately, those are also the people used as a justification to have no compassion and to help no one.

I feel like I've worded this horribly, but I don't know how to do better -- ugh! So I hope this makes some sense.


It is a lower level of it but nevertheless a part of its nature.

Well, just look at the difference between self-pity and self-compassion.