Puppies at 7 weeks and new pen!

posted on Apr, 17 2015 @ 05:44 PM
link
So the pups turned 7 weeks old this past wednesday. They are completely tearing up my house of course, doing what puppies do (chewing on things, wrestling, and like most little kids: putting anything they can in their mouths), keeping up with 8 puppies who are not potty trained yet is......challenging to say the least.

Having them outside during the day helps, but the very small, very temporary pen I made was not good enough anymore, as they've gotten quite big, and they dig quite well.

So time to get them in a new pen. As we are planning on keeping two of them, I had already started clearing some land for the larger pen to go into, but do not quite have enough fencing for the whole thing right now. But, considering their size now, there was no need to make the full size pen yet, and I had enough stuff to make a smaller one. 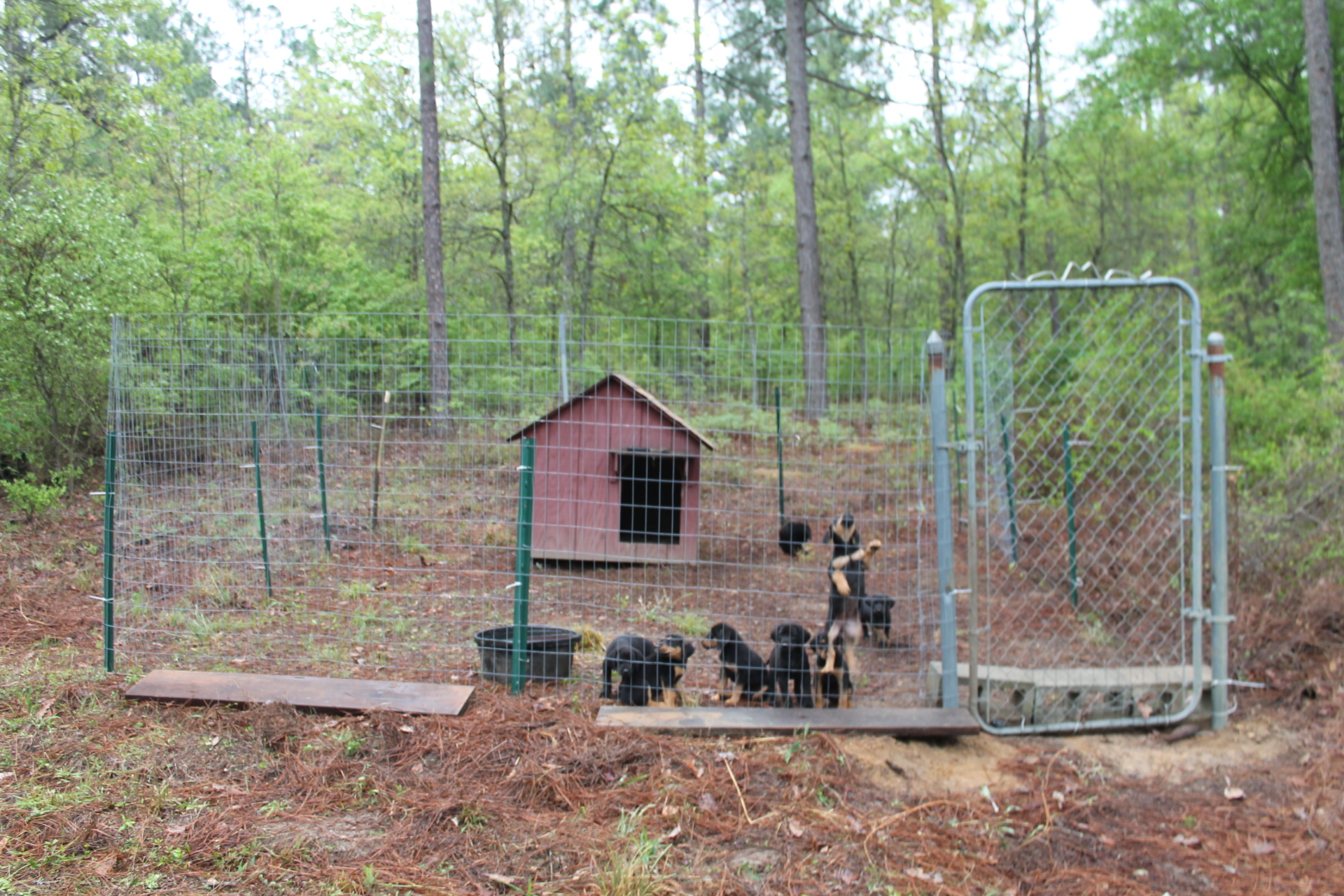 They really like the pen (except for one that pretty much just sits there and howls....even his brothers and sister look at him like "Whats wrong?" 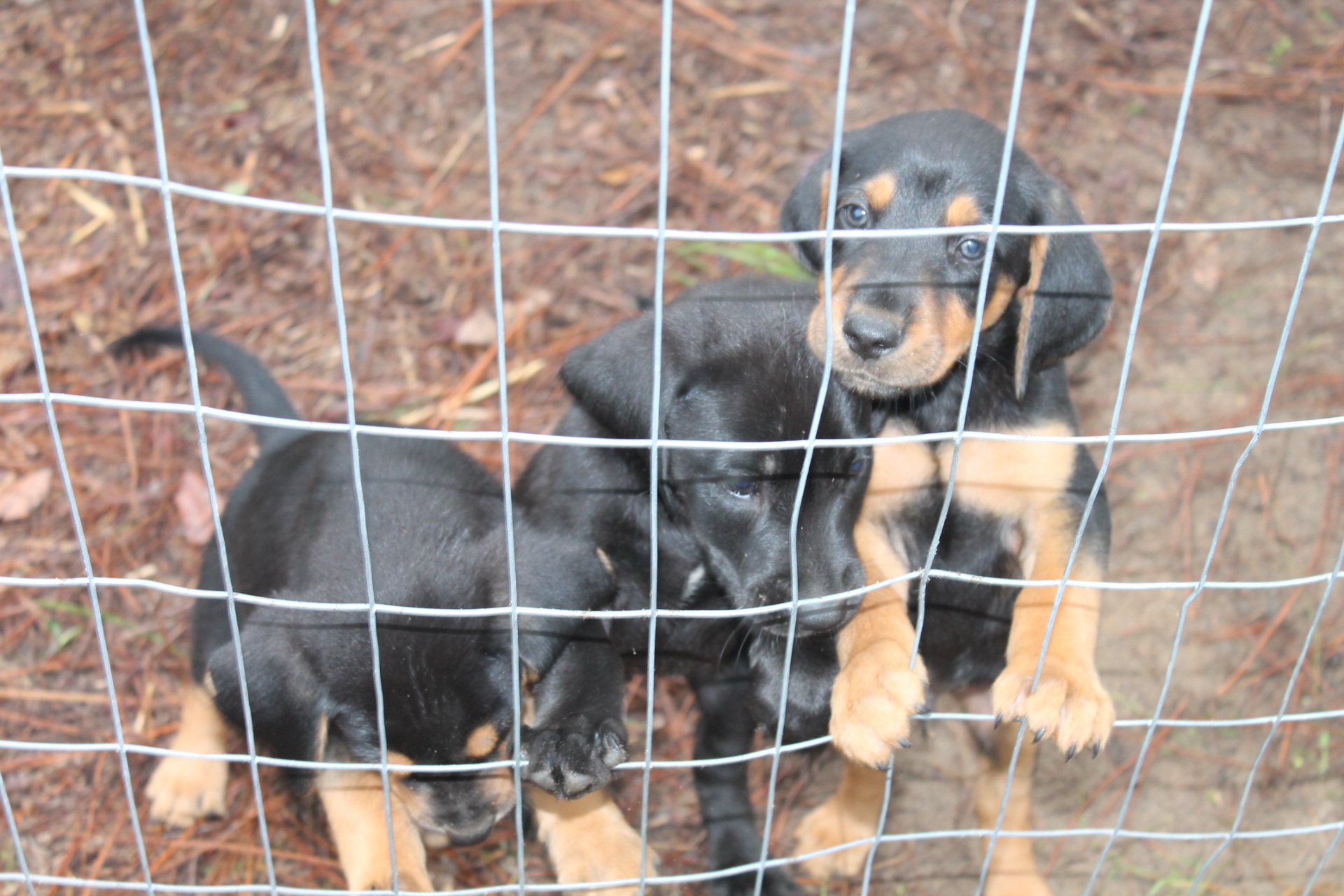 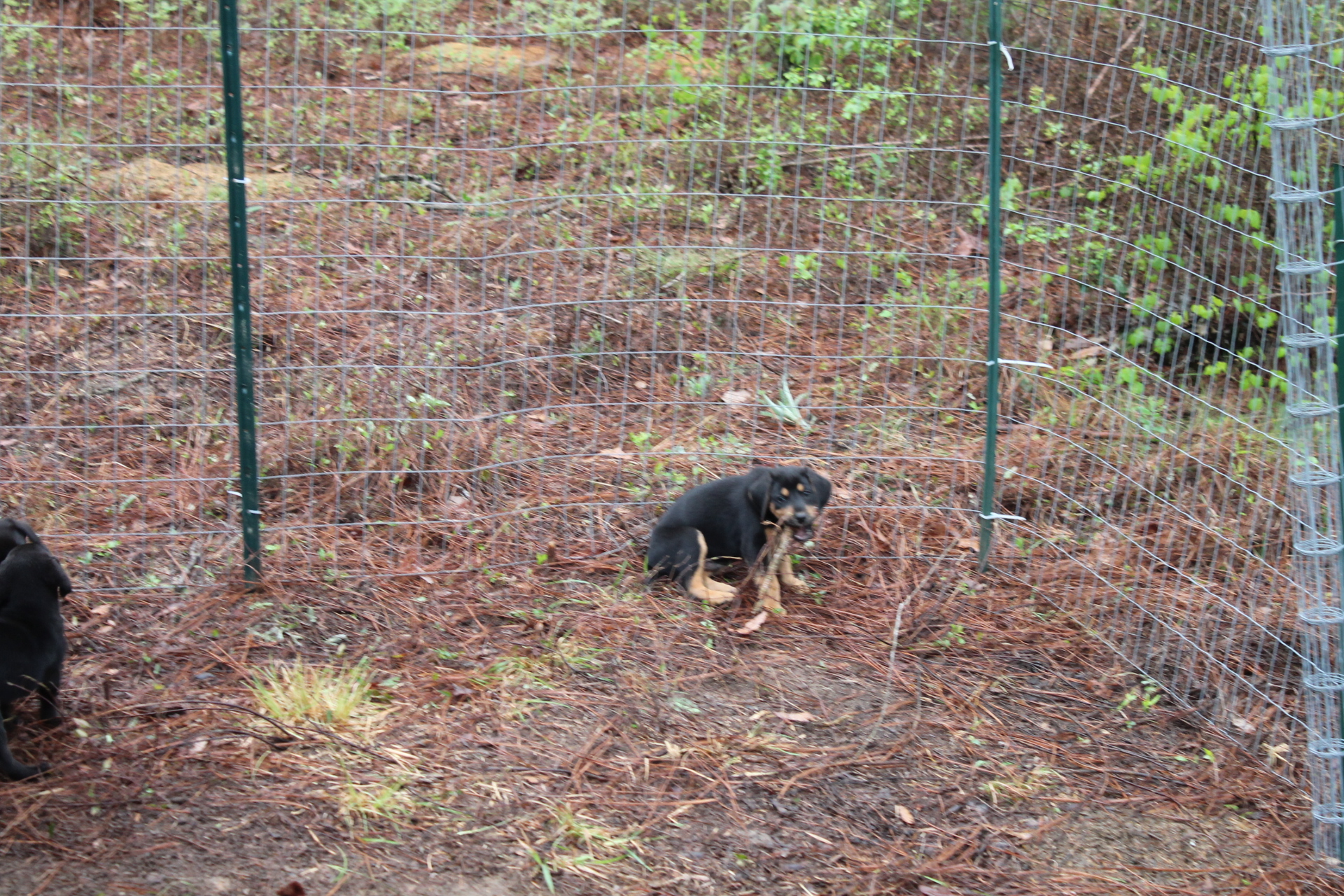 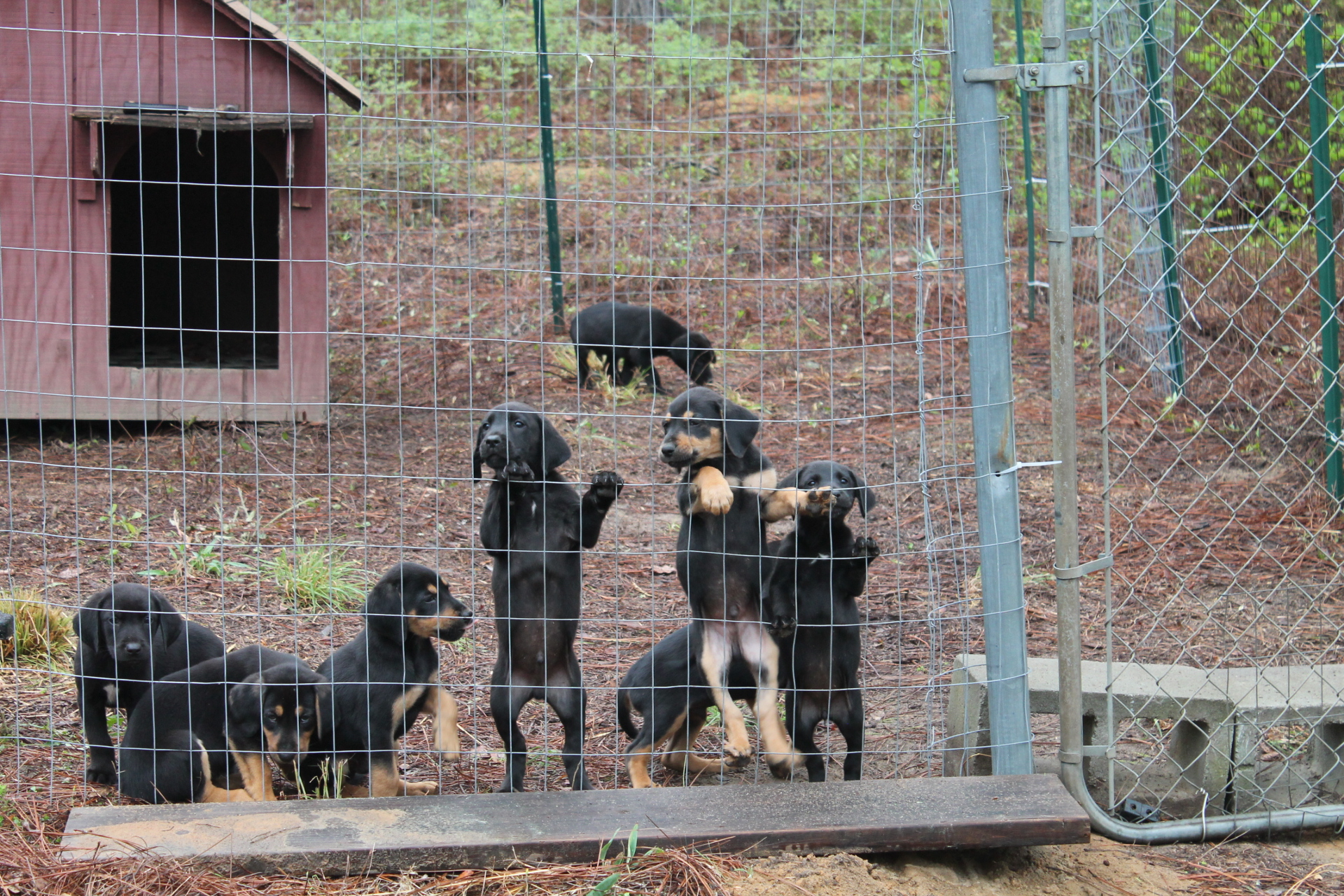 One of them will be going to their new home next wednesday. Then next weekend, my oldest daughter is coming up from Florida with her kids to get one of them and take it back down to Florida.

We're keeping two, so I only need to find homes for 4 more of them.

Dad was a Rottie, Mom was a American Fox Hound.

Half got Dad's colors, other half are missing the brown. Looks like all are going to take after mom's ears (long and floppy), and their muzzles are going to be a bit longer than a Rottie's.

There are going to be BIG. their feet are huge now.


My oversized Weimaraner just lost his little play pal. We're looking for a larger playful breed. I got 2 acres of fenced in playground.... poop collected daily...
edit on 17-4-2015 by Bigburgh because: (no reason given)

Murphy is in that avatar

They are adorable. You can't be a human and not love puppies. It's just not right.

So cute. And mixes are always the better dogs, somehow, i had till about a year ago two Bernhadiner-Magyar Viszlar mixes, brother and sister, she looked like a black (colour from the under fur of the Bernhardiner) Viszlar and he like a golden short haired Bernhardiner.
If I would live close to you, i'd take them, anyone of them they are all adorable!

They are so incredibly beautiful.

Good on you for keeping a couple, I betcha they turn out great.

Dad was a Rottie, Mom was a American Fox Hound.

Half got Dad's colors, other half are missing the brown. Looks like all are going to take after mom's ears (long and floppy), and their muzzles are going to be a bit longer than a Rottie's.

There are going to be BIG. their feet are huge now.

That sounds like a great mixture and nothing like having pup's around. Were I in a position I could right now I'd seriously considering shipping one up here to help you find a home. I miss having a dog around.

Nice place by the way