posted on Apr, 16 2015 @ 01:09 PM
link
Watching the Star Wars Celebration live feed and about to explode with excitement when JJ announces they are about to show us a brand new trailer- then they cut the feed.

There are approx. 50,000 cell phones recording everything so I guess my first look at the new trailer will be shaky cell video that I watch on yourtube in about 10 mins.

originally posted by: abe froman
The shot of the Star Destroyer screams EPICNESS!!!!!

posted on Apr, 16 2015 @ 01:34 PM
link
One thing... there was a rumor awhile back that somehow Anakin was still alive and is indeed the Max Von Sydow character, it sounds pretty implausible to me, but I can't help but notice that Luke says "My father HAS it" not "My father HAD it".

I didn't think old Jedi/Sith ever truly died. There are instances where vengeful Force ghosts have to be locked away in the books.

But they're going to have to explain that one away real good if Anakin is still kicking around in the flesh.

posted on Apr, 16 2015 @ 01:55 PM
link
Excellent teaser, I'm looking forward to the full trailer. J.J. should do well critically on this film, it has the look of the original trilogy.

That wasn't from lukes point of view?


It's return of the freaky lightsaber 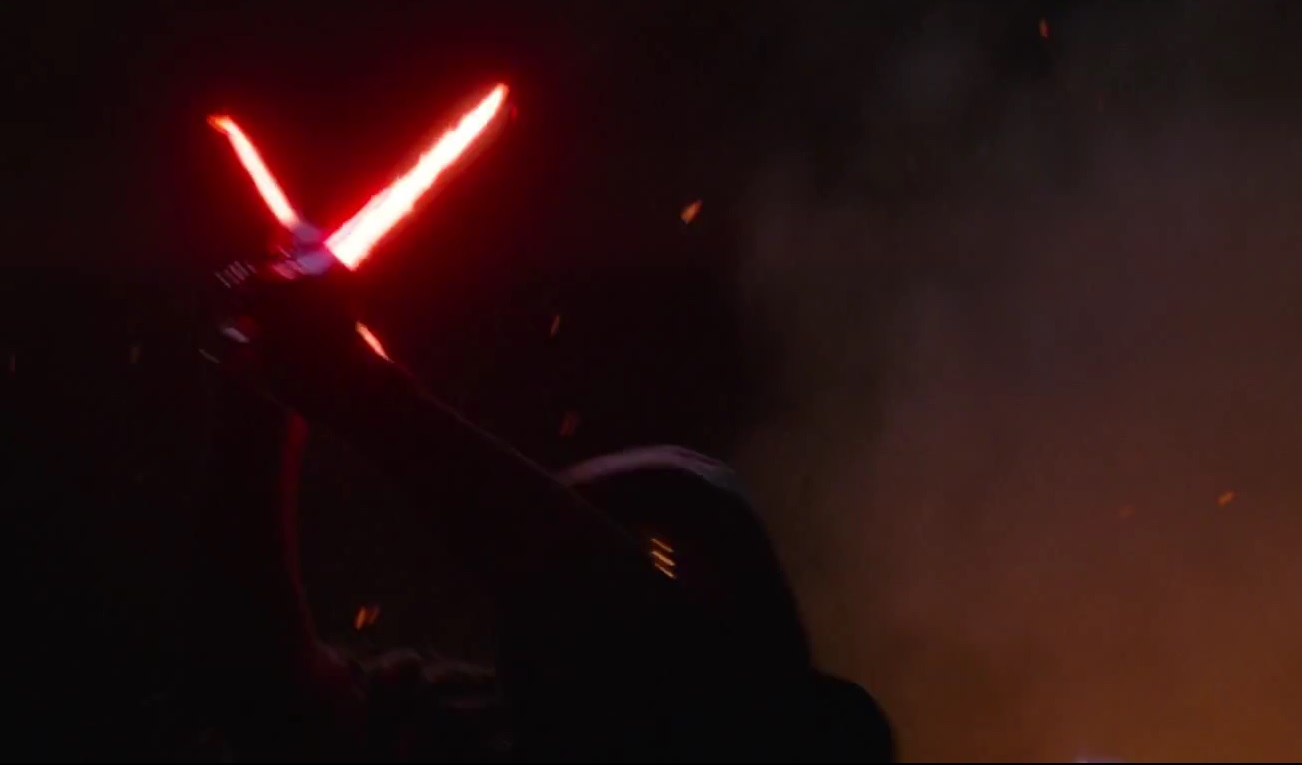 posted on Apr, 16 2015 @ 02:32 PM
link
I made so many sex faces and noises watching that my girlfriend just rushed through form the other room to make sure I wasn't cheating on her with a young Carrie Fisher.

Now to spend all night watching it and nerdgasiming all night.

originally posted by: abe froman
a reply to: ketsuko
I can't see anyway they could have Anakin "in the flesh" as it were, but the "My father HAS it" line sticks out to me and makes me wonder.

The kooky old emperor dude knew he would be replaced by his apprentice some day because that is what always happens. Emperor killed his master, vader kills his master, luke just became apprentice then master in the same scene when he beat his father down then vader died leaving Luke as the new sith lord. He has to be the sith lord even if he don't want to be because there is ever only one.

Totally transparent story line, what is all the hoopla about?

originally posted by: abe froman
a reply to: ketsuko
I can't see anyway they could have Anakin "in the flesh" as it were, but the "My father HAS it" line sticks out to me and makes me wonder.


I'm far more excited by this than a middle aged man should be but Yaaaaaaaaaay!

Yeah the "My father HAS it" line is quite intriguing (marketing masterstroke for creating conversation though!)

I believe that the essence/ghost of a dead sith could be contained in a Holocron (Going from memory here) or it could be referring to Anakin returning "From the netherworld of the force" as Yoda told Obi wan that Qui Gon had, thereby retaining his consciousness after death and being communicable with .

Either way, the hunt begins today.
I need to find a smart female nerd
to accompany me to the cinema in December (I hate going on my own) and as I will probably revert to my 9 year old self as I was in 1977 will require an adult to look after me.


Anyway I defy anyone not to smile when 'Chewie' answers Han! I grinned like an imbecile for ages after seeing that.

I know its very much the same that the ancient sith wore but Raven is best known for it.

There is so much that we can read into that, either it is Raven, or its somebody with his gear, or its another Sith.

I am also thinking that now that Raven is part of the "Legends" rather than "Cannon" him being in the movie would be a huge reveal the "Legend" returns.

However if this is Raven then having him show up in a trailer would be to much of a reveal I think.