posted on Apr, 16 2015 @ 09:59 AM
link
People who read my threads during the election campaign for Mayor of Toronto will know that I criticized John Tory's Tax Increment Financing plan for transit expansion as unrealistic and unworkable. I regarded it as "snake oil" designed to misle the learned voters of this fair city, Tronna.

It worked. The Family Compact's Man fooled enough people to get elected.

I slunk off into a corner, with my tail between my legs like a whipped dog, clutching my quart of Jack Daniels. The cosmeticians had won. The Two Stooges, my candidates, the Ford bothers, had lost. Prim and proper Toronto could finally get on with the important tasks in life, free from the Ford foolishness. It was time to fluff up one's feathers and settle again into four years of uninterrupted, self-congratulatory smugness.

Meanwhile John Tory, now in office, could begin to squirm with as much dignity as he could muster, into his opponent's campaign platform as regards transit financing. Sources of revenue were suddenly an issue with Mr. Tory.

Fair enough. As every Canadian should know, saying one thing on the campaign trail and doing another when in office, is an old Canadian tradition. "Conscription if necessary, but not necessarily conscription", "Zap! You're frozen."

As one of my reprobate uncles used to say, "Bingada-bangada-bush-ducrooop! Two-buckets-a-watta-one-onion." Right. I vote for that.

Like an eggheaded imbecile, I had demonstrated, factually, with graph, that Tax Increment Financing was not good for Toronto. I used government documents as sources. Torontonians ignored me. (I know most Torontonians don't even know of my existence, but I also know that certain Torontonians, of influence, know very well that I exist.)

I had the temerity to suggest that Mr. Tory's "real" as opposed to "campaign" plan for transit financing would involve the sell off of city assets.

Well, that hasn't happened so far, but guess what folks,

. . . . and Mr. Tory's endorsers at the provincial level are going to sell off 60% of Ontario Hydro to fund transit expansion. Imagine that. Who'da thunk it? Nobody who voted for Mr. Tory, that's for sure.

There is no way to build transit and maintain our commitments to ATO, the American Treaty Organization, without selling off assets at any and all levels, adopting the privatization ethos of the Republican Party in the US, and drinking more JD as the country I grew up in goes down the drain.

Premier Kathleen Wynne’s Liberals will sell off 60 per cent of the province’s $16-billion Hydro One transmission utility to bankroll new transit infrastructure, the Star has learned.

Queen’s Park will retain a 40 per cent stake and minority shareholders will be limited to a 10 per cent ownership, sources say.

At the same time, Hydro One Brampton and Hydro One Networks’ distribution arm will be spun off into a separate company and sold outright for up to $3 billion.

The Hydro One changes — and a plan to allow the sale of beer in about 300 supermarkets — are key recommendations in a major report to be released Thursday by Wynne’s privatization guru Ed Clark, the former TD Bank CEO.

I can only say this, I may be responsible for changing the color of your police cars from yellow and, for that, I apologize.

You should be ashamed of yourself.

I am though, it was one of my more instructional and vivid memories.

posted on Apr, 16 2015 @ 10:25 AM
link
I thought it was Tyranna! Although as an ex-Torontonian, I always pronounced it properly and still do, but I am unusual.

posted on Apr, 16 2015 @ 10:45 AM
link
The perfidious Liberals at Queen's Park actually endorsed Tory and his cotton candy financing plan.

I will say this in everyone's favor though. Transit expansion must get going and pronto! Kudos to the Wynne government for that, at least.

The problem, though, is realpolitik on a global scale. Like it or not, we are the "North" in NATO, or ATO as I like to call it. This entails a whole lot of stuff. We will never be free from cooperating in the machinations of the Americans. We are orbiting a black hole. There is no escape.

Militarists in the US have spent that country into catastrophic conditions and there is no let up in sight. Inevitably we are getting sucked into that sinkhole.

As in the US, all avenues and means will be found to squeeze money out of the public. This would be happening even if Minnie Mouse herself (Olivia Chow) were Mayor of Toronto and Saint Jack Layton were Prime Minister.

posted on Apr, 16 2015 @ 11:16 AM
link
Hey welcome back Ipse! I missed your threads with their rants and opinions. I'm still reeling from the sale of the Sask wheat pool to the Saudis, so go easy on us out-of-towners who don't prioritize Tranna while drinking our morning coffee. As for Tory, he will be interesting to watch. Selling out another piece of Ontario while we circle the drain, oh my. Any bets on who will buy Hydro?

I have a gut feeling that David Thompson, Family Compact member in good standing, might like a piece of Hydro. 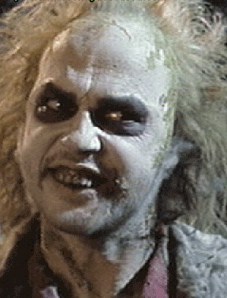 I tried to find a picture of Mr. Thompson for this post, but Google as I might, I couldn't find anything. He seldom appears in the press. He is very discrete that way, for a press baron, but I approve. I think Canada's plutocrats should hold court, like oriental potentates, in their Xanadus, and not show themselves to lower orders of beings. They should be like Japanese emperors during the period of the shogunate.

In any case, I'm dreadful with faces. Last night I encountered a lady who has shared accommodations with me for decades, on the stairs, and I jumped back in fear and shouted, "Who the hell are you!?" She just snickered contemptuously at me and went along to her room.

I don't know what Canada's billionaires look like. Is this Galen Weston? 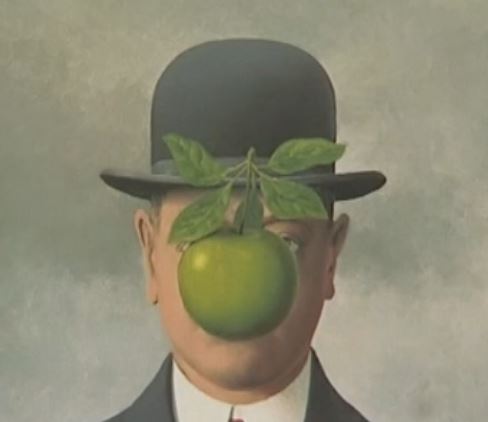 Mr. Weston plays polo with Prince Charles. He might like a chunk of Hydro.
edit on 16-4-2015 by ipsedixit because: (no reason given)