What do I have to do to meet an alien?

Even after what all you have stated to make the worst case scenario-I would still do it. The worst that could happen is I would die. That's it.


I dunno, dead is pretty bad. The gubmint doesn't want me to be dead without prior permission.

You really don't know what would happen because it hasn't happened to you. I don't know either. You and I can only guess. I guarantee you that I would be willing to cross that line more than you would any day.

I got a whole set of childhood (and a few adult) memories of going to see this particular elephant. As an adult, I categorize them as another aspect of hypnogogic dreams. But I do have a whole set of really detailed memories of the little blue doctors. So at least in simulation, I HAVE crossed that line, and it was...different. Who knows? Maybe it was real. I never had any unambiguous proof either way.
edit on 16-4-2015 by Bedlam because: (no reason given)

posted on Apr, 16 2015 @ 05:03 AM
link
Before you could even possibly "meet" an alien, first they would have to exist (which is likely, but unproven, and second, they would have to be visiting Earth; something for which there isn't a shred of evidence. There's nothing wrong with having wild dreams/wishes, but don't let them consume you. Keep yourself grounded in reality.

originally posted by: 4N0M4LY
What would it take for this to happen.

Chances are you already have

By said military^^ after your thorough probing get yourself sent to jail for even more probing by rude inmates, because pointing a laser at an air craft is a flight hazard and will land you in jail.
Man gets 14 years for pointing laser at helicopterwww.usatoday.com...
edit on 16-4-2015 by Spider879 because: (no reason given)

posted on Apr, 16 2015 @ 05:49 AM
link
Have you read Preparing for Contact by Lyssa Royal and Keith Priest? There is some very interesting info in this book, but read with discrimination. I was impressed by the premise that so-called aliens are actually unable to communicate with us when we are in normal waking consciousness; they need Theta in which to operate & actually be perceived by us. They do not "wipe" our memories of interaction, most of us are quite simply unable to recall anything that happens in the Theta brainwave state. . . I am simplifying here.
edit on 16-4-2015 by kiro8lak because: typo corrections

Many people that have taken mind-altering drugs have reported being given access to realms in which ETs and other beings exist. Ayahuasca ('___') is one of those. I have no personal experience with such, but the evidence abounds.

I suggest going to a place where there are a lot of UFO sightings.

Many people that have taken mind-altering drugs have reported being given access to realms in which ETs and other beings exist. Ayahuasca ('___') is one of those. I have no personal experience with such, but the evidence abounds.

Yes its a common thing reported with any dimethyltryptamine based concoction.... taken in a country where its legal.
edit on 16-4-2015 by PhoenixOD because: (no reason given)

I've ended up in a place where I thought I was dead. A feminine entity asked me how it was and if I had fun (as in life in general), then another more dominant feminine figure jumped in and said not to talk to me, since I wasn't supposed to be there yet and was going back.

Which kind of makes me think, maybe this whole thing about other life forms (Aliens) within the the universe is all wrong and this existence of ours is just some sort of simulation. A game of sorts, that we tend to take to seriously. Maybe we should all just be kicking back and enjoying the ride, because its probably just a little simulated fun at the end of the day.

But then again, maybe I'm just tripping! Meaningless life forms just might be popping up all over the universe, for no real reason whatsoever. Just some coincidence of chemistry. Who really knows?

posted on Apr, 16 2015 @ 09:47 AM
link
This is what worked for me (no joke)... I read so much on the subject to the point where it became obsessive. I had books, articles, movies etc. What ended up happening was that I actually began dreaming about it AND at one point weird stuff started happening. Maybe I sent out some kind of energy into the universe and I got what I wished for.

At that point, I immediately stopped because it became too scary and I did not like it. So do it at your own risk. Like a member said above, be careful what you wish for.

I only know of one place that could offer you kind of what you are looking for.
If you are ever in the Washington/Oregon state region look up James Gilliland's ranch.

There are PLENTY of stories and witnesses, and even some ATS threads about him and his ranch.
I knew him several years ago, and back then he was talking about these experiences and since has had several shows done about his ranch and what goes on there.
This is about the closest thing I can suggest.

posted on Apr, 16 2015 @ 11:28 AM
link
I can show you a real alien, but it's in my freezer at home and I need to charge you a lot money in advance to see it. The amount I will charge you depends on the amount you're willing to cough up... I mean donate.

Oh, and no refunds.

posted on Apr, 16 2015 @ 12:17 PM
link
I read in a music magazine where Aphex Twin (can't remember his real name) says that if you want to meet aliens all you have to do is ask to meet them. He didn't mention whom to ask. Maybe just ask out loud into the open air.

Probably better by night with glow-sticks, like someone recommended.

The odds are good...perhaps more than 50-50...that you already have. Youre just expecting to shake hands and say "hi"...when maybe they haven't any hands...or mouth.

originally posted by: mysterioustranger
The odds are good...perhaps more than 50-50...that you already have. Youre just expecting to shake hands and say "hi"...when maybe they haven't any hands...or mouth.


I Have No Mouth and I Must Say Yo Whassup

posted on Apr, 16 2015 @ 12:44 PM
link
Have you researched what actually happens in alleged abductions? You might change your mind. 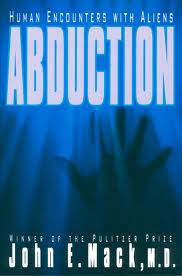 If you want to see UFOs? Springfield Missouri and it Surrounding area has lots of activity. you want large open fields or areas up high to where no trees block your view, and you should begin observing from just before dusk, until 2am and learn, what is and isn't ISS,Satellites,Airplanes,Meteors. Anything else that's moving out there that doesn't have any of those flight characteristics you can pretty much assume are ET...and that's when the fun really begins

Shine 1watt green lasers on red orbs...See if you get a response
edit on 16-4-2015 by SPECULUM because: More Cowbell