Have You Ever Spooked Yourself Silly ?

Do you think you can change the structure and functions of your brain based on your thoughts/actions ? I do...

In the last few decades, scientists have shown that you actually can re-grow brain cells and you can change the structure and function of your brain by the way you think.

For years, scientists believed the brain's structure couldn't be changed. The new science of neuroplasticity says that's not the case, and argue the brain is much more flexible than previously thought.

Can Thoughts and Action Change Our Brains?

Can a Person Change their Brain Structure? Yes


I will give you a short story and example which shows that yes indeed our minds are extremely powerful.

I was walking a trail in a local park and telling my boyfriend a story. The story was completely made up and of a conspiratorial nature. I've joked of it before at this park so its kind of a running story I/we do when we goto this park.

The way the story goes...I begin telling the story as we walk...

There is a secret under-gound facility under this park where we are walking these trails. This is the new top secret facility that the president runs current operations in. So when we see an individual walk by us they are built into the story line. Along the trail we go and now we both are adding to the story line.

We see a guy walk by carrying a camera tote over his shoulder. So we pull him into the story line. He has just come up from the under-ground b/c he is now off duty. We pass by a section in the woods that appears to of had recent structure work done. This must be an entry point to the under-ground facility that was built.

There are huge blockade signs all over blocking certain sections of the woods. The signs have a picture of a hawk and state that due to the protection of a species of hawk and the environmental habitat we are not to enter this section of woods. The signs have a picture of the hawk, the hawk is staring directly at us with this very authoritative stance, its almost as if it is saying we are watching you. This is the perfect cover (right under our UN-suspecting noses) to keep said facility and its entry points top secret and to keep innocent passer-bys out.

So since these people from this under-ground facility have to stay secret they will usually come up and out with a character cover story to appear that they fit into the idea of a person enjoying a daily stroll at the park. As I see the guy with the camera bag over his shoulder, I say that he is one of the agents who just got off work. & the lady who just walked by with the dog on leash in tow is also an employee who also just got off work.

We continue our stroll and jokingly all the while adding to our story. A little further up we see the camera dude sitting on a bench, he has stopped to take a break. So the story continues that he has now been dispatched to stick around because we have been overheard talking of their top secret facility and they need him to stick around to keep an eye on us, so he isn't off duty after all. He has to keep an eye on US.

So as we walk by camera dude and I'm saying all this, I take a quick peak behind me and all of a sudden a jogger dude is coming up behind us at that exact moment. It startles me because I didn't hear him coming so I yelp and jump about a mile high grabbing onto my companion for protection. Jogger dude just kind of ignores us but probably thinks we are nuts. My boyfriend, He just starts laughing hysterically at me.

It's amazing what our minds can do. In this scenario it was fun and innocent and I happened to be in a lovely park that I frequent regularly and there has never been any threat or danger within the park. After telling the story I appear to have somehow activated the amygdala (fear) in my brain when I was telling the story and having thoughts of a conspiratorial nature. In a place I go to for peace of mind and relaxation... I somehow managed to change my brain thought process/structure within a few minutes which then temporarily caused fear at a place of serenity for me, and I did it all to myself. LOL.

Ooh what the mind can do. 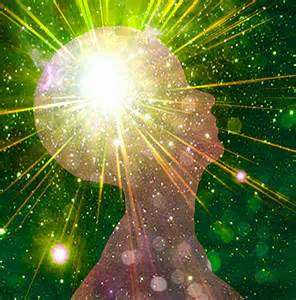 posted on Apr, 4 2015 @ 01:18 PM
link
In meditation we can reprogram the way we think, which ultimately shifts the way we perceive and experience the external reality.

As you have strolled through a park, consciously creating mental patterns thst are parallel to strolling in the park (that of imaginative conspiratorial nature), people are always doing this!

Driving your car; most drive unconsciously, while thinking about a million other things until they reach said destination.

Video gamers and movie watchers; are in a relaxed position, but thinking of something completely parallel to their eviroment and natural thought process.

Most people are always creating unnatural thought parterns; which govern ( in a sense ) how they perceive and experience the reality they are of.

Thanks for sharing Lady

Was working at this factory not long ago, as it turns out there was this bloke who didn't want me working there, yet I have know idea why. Apparently, this worker that doesn't want me there has a brother who's a somebody. He proceeds to turn everybody against me trying to push me out, I start to become very paranoid that my life is in danger, but I ain't about to give up. So I start working myself to the bone, working everyday till I'm dripping in sweat and come home every night barely able to move from utter exhaustion. Then I end up having 1500 kg of metal dropped on my foot, which I was convinced was a warning, rather than a accident.

A few months go by and I feel like I'm close to completely losing my mind from being bullied by every dude in the factory and working so damn hard, but still refusing to give to them............Anyway, one Friday night this bloke comes up to me and tells me that the dude who had the issue with me in the first place thinks I stole his production line, according to him that's why I was being pushed so hard to quit by very bloke in the factory.

That weekend there was a big party, that I was obviously not invited to. Next Monday everyone was all morbid, apparently the guy who told me what the issue was the previous Friday night had died from a heart attack at the party. Like seriously, I'm completely tripping now!!!!

That Monday night I was picking up strips of metal with a stick that had a big heavy magnet on the end, pondering the implications of what had happened. Then my supervisor walks up behind me and says something, with the instincts of a feral startled cat, I swing around and smack him in the head with this stick with the magnet on the end and am already going for the box cutter in my pocket to defend my very life, before my brain even registered it was just my supervisor who had snuck up behind me and not one of the workers who wanted me gone.

Just crazy how quick and instinctive the body reacts when you perceive a danger to your life.

EDIT; Doubt the dude even died, probably just went on holiday. Just one big head game.
edit on 4-4-2015 by Subaeruginosa because: (no reason given)

I've played enough mind games that it drove me stupid.

Words Can Change Your Brain

Positive words, such as “peace” and “love,” can alter the expression of genes, strengthening areas in our frontal lobes and promoting the brain’s cognitive functioning. They propel the motivational centers of the brain into action, according to the authors, and build resiliency. Conversely, hostile language can disrupt specific genes that play a key part in the production of neurochemicals that protect us from stress. Humans are hardwired to worry — part of our primal brains protecting us from threats to our survival — so our thoughts naturally go here first. However, a single negative word can increase the activity in our amygdala (the fear center of the brain). This releases dozens of stress-producing hormones and neurotransmitters, which in turn interrupts our brains’ functioning. (This is especially with regard to logic, reason, and language.) “Angry words send alarm messages through the brain, and they partially shut down the logic-and-reasoning centers located in the frontal lobes,” write Newberg and Waldman.

By holding a positive and optimistic [word] in your mind, you stimulate frontal lobe activity. This area includes specific language centers that connect directly to the motor cortex responsible for moving you into action. And as our research has shown, the longer you concentrate on positive words, the more you begin to affect other areas of the brain. Functions in the parietal lobe start to change, which changes your perception of yourself and the people you interact with. A positive view of yourself will bias you toward seeing the good in others, whereas a negative self-image will include you toward suspicion and doubt. Over time the structure of your thalamus will also change in response to your conscious words, thoughts, and feelings, and we believe that the thalamic changes affect the way in which you perceive reality.

I really do believe in this. Positive words, positive thoughts, positive environment... so on so forth will help to change the Brain which in turn helps individuals re-structure and change all the negative into positive.

So the old saying a smile goes a long way or one good deed leads to another is so true.

posted on Apr, 6 2015 @ 06:00 AM
link
For years I've delved into the recesses of my own mind playing similar thought provoking games. Tesla had said through all his experiements there was a code that had seemed to come through on a simple basis of one, two, three. Upon galavanting in many nights of uncontrollable insomnia I'd like to believe I fell on the same conception. Simplicity it seems makes the impossible possible. Plenty of thought provoking theories. Too much to share on a simple thread it would seem though...