Right now in my town of Workington in West Cumbria, England, there is a game just kicked off that is played every Easter over 3 days.

It is called uppies and downies, and it has been played in this town since medieval times.

Basically, the aim is to get a small ball to the capstan on harbour (if you're a downie) or gate of Curwen hall (if you're an uppie), a distance of roughly 2 miles. 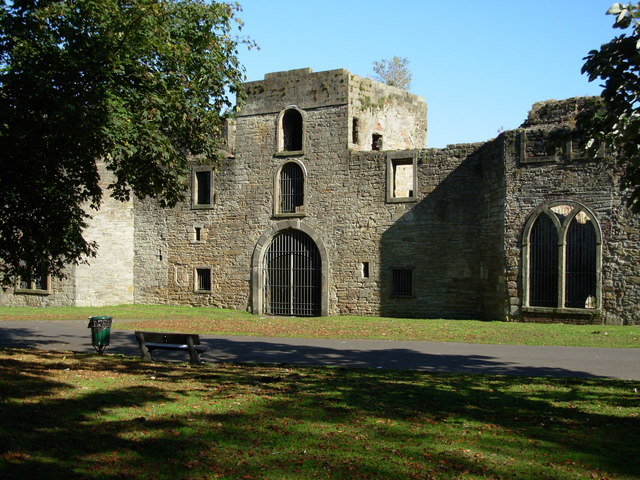 The tribute to the game statue, roughly in the area of the capstan: 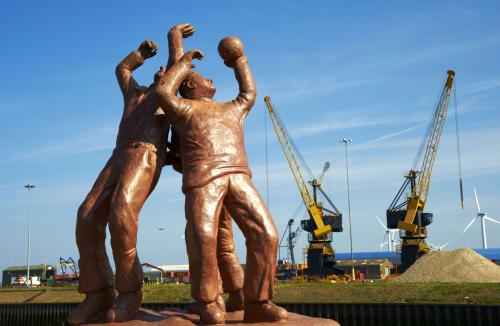 This game can attract up to around 1000 players per side some years as people from neighbouring towns sometime participate, so try to imagine 2000 people chasing a small ball through a town...with NO rules!

That's right, no rules, anything goes....the police are just there to help people who get hurt, and to try and prevent damage to property.

It starts off on a small bridge on the Cloffocks, just behind the town hall, where a local kid throws the ball into the air then runs away...fast. 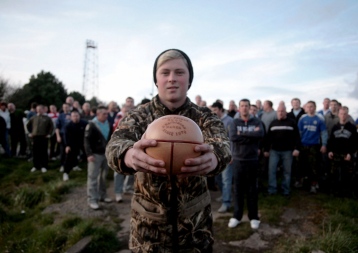 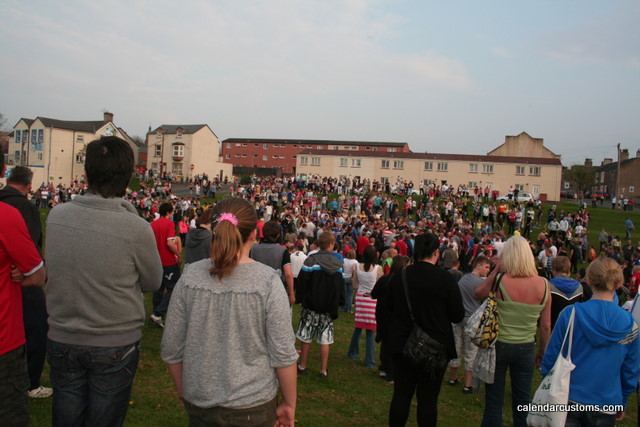 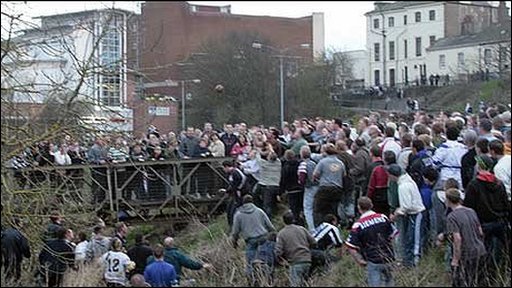 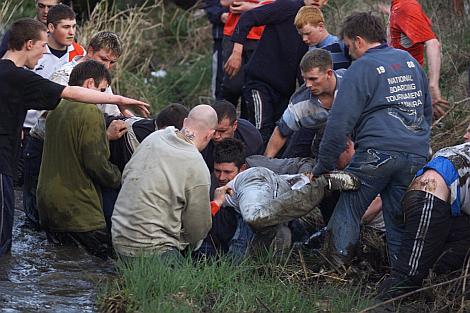 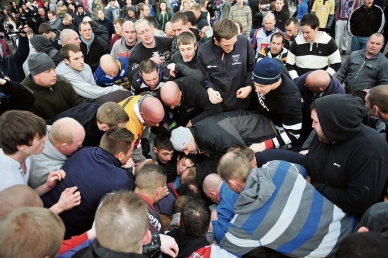 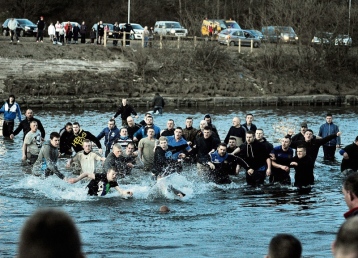 This goes on for several hours from 1800hrs until a winner is decided each night (sometimes into the wee hours of the morning).

The ball is hand made each year (actually three are made, one for each day) and the date put on it.

Once you get the ball to your sides "goal" you have to "hail" it by throwing it up into the air three times.

It is a rough, and potentially dangerous game, but 9/10 everybody walks away laughing, and is a great tradition in my town.

Oh and in case you were wondering about the name.... the town slopes east to west, the uppies live the top end, the downies the bottom....simples.

Does anyone else have anything similar in their towns at Easter?

ETA: I forgot to mention, if anyone wants to keep an eye on the game...there is running commentary here (no vid or audio, just messages) Uppies and Downies 2015
edit on 3/4/15 by woogleuk because: (no reason given)

posted on Apr, 3 2015 @ 02:03 PM
link
Brilliant, what could be more English. In a town near me there is the traditional and staggeringly dangerous tradition of running through the high street carrying heavy and flaming barrels of tar. if you wish to know more just google Ottery StMary.

Surprisingly, I am actually aware of that, looks like fun. I think there is somewhere else in Britain that does it also (there is also somewhere that plays uppies and downies, I forget where though)

posted on Apr, 3 2015 @ 02:51 PM
link
Only human beings could come up with such a hilarious idea for a game. I love it. I may be a bit biased after being a rugby winger for many years. Run lads, run!

The thought of this made my day!Thanks for sharing!!

posted on Apr, 3 2015 @ 08:18 PM
link
Quite a few towns in the UK and elsewhere in Europe have similar games. There's a list and a lot more information on Wikipedia here: en.wikipedia.org...

posted on Apr, 3 2015 @ 08:18 PM
link
Quite a few towns in the UK and elsewhere in Europe have similar games. There's a list and a lot more information on Wikipedia here: en.wikipedia.org...