"Duck Dynasty" star and conservative icon Phil Robertson told a gruesome, vivid story on Friday about the hypothetical rape and murder of a family to illustrate the perils of atheism, according to audio surfaced by Right Wing Watch.

The website reported that Robertson made the remarks during a speech at a Florida prayer breakfast that was later broadcast by the conservative radio program TruNews.

I already knew this guy was a few cigarettes short of a pack when he said that girls should be married off at 15 or 16, but this one really takes the cake. There are so many logical fallacies in his statement that it makes my eyes water, but this one was extremely asinine.

"But you’re the one who says there is no God, there’s no right, there’s no wrong, so we’re just having fun."

Yeah, Phil, that's a really accurate portrayal of non-religious people. We're all morally nihilistic cretins who have no regard for the well being of others. Give me a goddamn break. In fact, one could argue that religious people have more of a propensity towards sociopathy, in the sense that they are only following these morals because they believe there is a reward at the end. How would they behave if it was somehow proven that this reward actually didn't exist? Would they still be able to follow these guidelines if they felt there was no longer any point?

When people like Phil say things like this, it just reinforces my belief that as religious intensity goes up, intelligence goes down. I'll probably catch some flak for that, but there have been a few studies that prove my point.
edit on 25-3-2015 by Xaphan because: (no reason given)

People like that scare the crap out of me. The horrible fetishist scenario he described, according to him, should only make the aggressor feel bad if he believed in his god.

The reason that sort of person frightens me is that, while the rest of us inherently have a moral compass, they are only one sliver of faith away from being complete homicidal maniacs without regard to others. That's basically what a person is saying when they announce their belief of morality coming solely from their religion.

There are Christians here on ATS who have presented the same scenario to me when arguing that my morals are nonexistent without their "Christ". But, it appears to me that these types WOULD actually go wild and rape, murder and whatnot, if they didn't have their religion.

Xaphan
+6 more
posted on Mar, 25 2015 @ 11:34 AM
link
a reply to: Cuervo
That's exactly what I was thinking. I find it ironic and laughable when people like this say non-religious folks lack morals, when in fact we probably have a stronger sense of intrinsic morals because we aren't doing it for a reward in the horizon. If all that stands between people like Phil and putting a knife through somebody's neck is a book, maybe these people need to be evaluated.

Religion seems to keep a portion of the populace from becoming complete sociopaths which is why I think religion is still a useful tool.

The people I am talking about do not seem to have their own moral compass or they simply lack empathy. I read from one such on here who said if there was proof god didn't exist he would kill himself but not before going on a murder spree.

The fear of supernatural retribution isn't what keeps all religious people from becoming monsters, but it is for some and I think Phil is probably one of them.

IShotMyLastMuse
+4 more
posted on Mar, 25 2015 @ 11:38 AM
link
"I’ll make a bet with you,” Robertson said. “Two guys break into an atheist’s home. He has a little atheist wife and two little atheist daughters. Two guys break into his home and tie him up in a chair and gag him. And then they take his two daughters in front of him and rape both of them and then shoot them and they take his wife and then decapitate her head off in front of him. And then they can look at him and say, ‘Isn’t it great that I don’t have to worry about being judged? Isn’t it great that there’s nothing wrong with this? There’s no right or wrong, now is it dude?’”

Robertson kept going: “Then you take a sharp knife and take his manhood and hold it in front of him and say, ‘Wouldn’t it be something if this [sic] was something wrong with this? But you’re the one who says there is no God, there’s no right, there’s no wrong, so we’re just having fun. We’re sick in the head, have a nice day.’”

“If it happened to them,” Robertson continued, “they probably would say, ‘something about this just ain’t right.”


Dude that s#it is beyond messed up.
amazing how vile and degenerate that whole thing is.
And this "human" has millions of fans??

What Cuervo said... it struck me as a child overhearing some religious adults talking about how they'd kill and rape (basically) if God wasn't watching over their shoulder.

I remember thinking "Thank God and the Church Fathers that there is a system in place to keep sociopaths in check."

I'm an atheist (agnostic slanted) and would never behave in an immoral manner precisely because I have empathy and it is wrong, not because I'm wetting my shorts over getting spanked by God when I die for doing bad things.

People have some severely crazy programming (and pretty crappy CPU's, too, keeping with the computer metaphor).

posted on Mar, 25 2015 @ 11:53 AM
link
I think this guy's brains are all in his beard. Who thinks of stuff like that. He didn't follow through with his scenario because if those guys repented and turned back to christ all would be forgiven. So that one little thread of belief is holding the fabric of society together. I am pretty sure when disaster strikes like Katrina it wasn't just atheist looting. That shows that there is a thin Vail of civility. I wonder if his show is going to be cancelled.

originally posted by: IShotMyLastMuse
Dude that s#it is beyond messed up.
amazing how vile and degenerate that whole thing is.


Isn't it funny how somebody who slanders an entire group of people by calling them immoral and degenerate, was somehow able to think of a really filthy story like that?

That's like when somebody accuses you of having a dirty mind and you're like "Yeah but... wait... then how did you understand my joke?"

Sadly, he's too stupid to probably even feel ashamed at the diarrhea that dribbles from his mouth.

We can't get rid of religion soon enough. We'll never progress as a species until we leave this divisive garbage behind us where it belongs.
edit on 25-3-2015 by MisterSpock because: (no reason given)

originally posted by: Baddogma
a reply to: Cuervo
I remember thinking "Thank God and the Church Fathers that there is a system in place to keep sociopaths in check."


Now that would make an interesting thread right there. Or even a book.

The concept that non-monotheistic (or any judgement/fear based religion) are to be thanked for keeping their amoral people in check is something I haven't put together in my head for some reason. It is something to explore, for sure. The idea that churches might be full of people who would kill my family or rob me blind if not for their fear of hell fire makes me want to go spread the "good news" to the people on Wall Street.
edit on 25-3-2015 by Cuervo because: fixins

Yup... it kinda makes some sense in that light, huh? (fixed, too! All better, sir)

Anyway, I stopped bashing religion primarily for that bit of realization-self interest! (As in "Shhhhh... it's designed that way and there for a good reason! The decent, smarter folks will figure it out, eventually... it has to be there or us nerds will be in trouble!)

Also, religion genuinely helps some folks having a bad time... we all need a security blanket, sometimes... I wish we didn't need one that is used as an excuse to make others' lives crappy (or ended), though... the 'religious control system' needs some fine tuning!

Like..how could you even put that all together, say it and than not shoot yourself for what just happened?

If there is a hell, there's a special place in the devil's heart for those Duck Dynasty folk.

originally posted by: Baddogma
a reply to: Cuervo

Yup... it kinda makes some sense in that light, huh? But I think you pulled the wrong part of my post!

Anyway, I stopped bashing religion primarily for that bit of realization-self interest!


Wow, you're totally right. Fixed it, thanks.

i know right?
even the "saw" franchise would be like "dude, that went too far"

I am sure his conscience is clear. 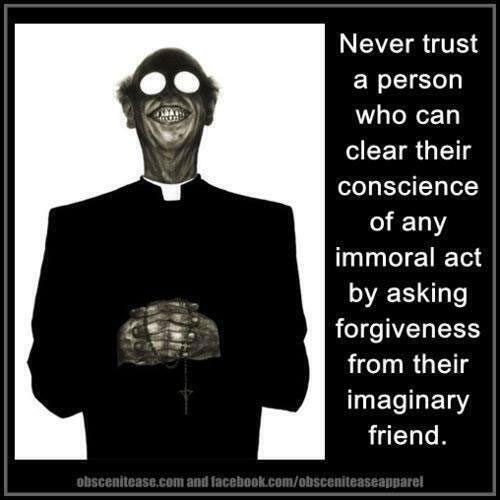 If the guy thinks there's nothing wrong with those things we've got bigger problems. Does he really think that without God those things are OK? So his religion is all that is keeping him from being a rapist and murderer? Well his mama was a little too closely related to his father and those recessive genes are coming to the fore.

originally posted by: MisterSpock
What a fool. If that's his type of logic then I can honestly 100% say that this man has a negative-sum impact on humanity.

Sadly, he's too stupid to probably even feel ashamed at the diarrhea that dribbles from his mouth.

We can't get rid of religion soon enough. We'll never progress as a species until we leave this divisive garbage behind us where it belongs.

We'd better not get rid of religion. All the Christians would be pillaging and looting and raping without their heavenly reward system.

I know there many many peace loving Relgious people, but nutcases like these are giving relgion a bad name. Just like ISIS and other Relgious fanatics in this world.

I'm pleased in the knowledge that once the "baby boomers" return to their god, religion will start to die out! 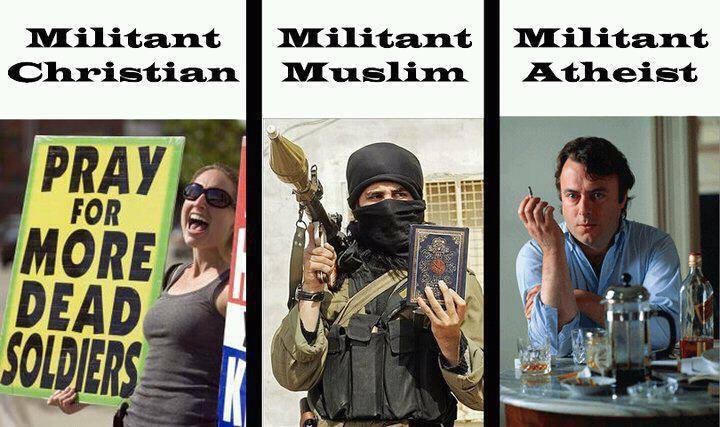