A tiny central Pacific community, forced to evacuate their homes because of US nuclear testing, are now demanding refuge in the United States as they face a new threat from climate change.

The history seems well documented about the people indigenous to the atoll; the article reads:

Jamore heads a community of about 1,000 islanders who have lived in exile on the islands for decades because their original homeland of Bikini remains too radioactive for resettlement.

Some are suggesting relocation to the United States, since their people's prospects on the withering outskirts of the atoll are not promising in the long-term.

But I can't seem to imagine a scenario where everyone will end up happy with the results.

Anyone familiar with the area, or perhaps the Marshall Islands government's apparent refusal to help?


I suggest that this is a unique example of 'international policy" waiting to become evident.


This is the second time Bikini Islanders have called to be resettled in the United States.

In the 1980s, following an aborted resettlement on Bikini atoll that ended with the islanders exposed to high levels of radiation, they attempted to buy a tract of land on Maui in the state of Hawaii for resettlement.

The plan was vetoed when it ran into considerable opposition from Maui residents, but it is gathering steam again because of the damage to homes and agriculture caused by repeated flooding of Kili and Ejit in recent years.

"We're going to Washington next month," Jamore said, insisting he would take the plan to the US government.

Arkansas, Oklahoma and Hawaii have been identified as ideal locations as they are already home to significant populations of Bikini islanders.

Jamore and other Bikini Council executives want to use the US-funded Bikini Trust Fund to purchase property for the resettlement.

posted on Mar, 23 2015 @ 01:15 AM
link
We nuked 'em and now we ignore them. It would cost us little to set aside land for them as a secondary home and to assure their ability to survive.

The United States destroyed these peoples home islands , they may never be safe to resettle . The US dropped the ball on this one . Time to man up and give these people some semblance of their former life .

The United States provided $150 million in compensation for damage caused by the nuclear testing program and their displacement from their home island.[51]

By 2001, of the original 167 residents who were relocated, 70 were still alive, and the entire population has grown to 2800.[18] Most of the islanders and their descendents lived on Kili, in Majuro, and in the United States.

Sounds like they got $1 million per person. Should be well off then.

You forfeit your right to complain .

originally posted by: hutch622
a reply to: OccamsRazor04

You forfeit your right to complain .

IF you are the only one that can do it . Your not .

Canada takes in ocean refugees all the time, maybe they should ask there. They're looking to jump from one sinking ship to another. They consider their future bleak, and USA's not? haha.
edit on 23/3/15 by SpongeBeard because: (no reason given)

originally posted by: hutch622
a reply to: msallo

IF you are the only one that can do it . Your not .

The world is our oyster

No one complained. They were compensated. Time to move on. Or is your suggestion that compensation should be whatever they want, so if they say they want all of the US, give it to them?

No matter how you slice it your stance is ridiculous.

originally posted by: hutch622
a reply to: OccamsRazor04

And were paid $150 million as compensation.

And were paid $150 million as compensation.

You see thats the problem right there . There are some things that money cannot compensate for . What happened to these people is one of them . I dont know the right answer , but walking away is not one of them . We destroyed their lives , but wait , we gave them money . Move along , all is good .
edit on 23-3-2015 by hutch622 because: Curly pig was called so because his hair was curly . Moe pig had a moe . And Larry pig was called Larry because that was his name .

A pice of a island naa

Some land on the 48 yea we should

The least we could do if give the whole 2800... I think my naborhood has more people than that ...

A small chunk of land we don't even use

Giving them money to start over is not walking away. It also doesn't erase what happened, but your posts make it sound like we either did nothing to help them, or we should give them anything they want.

Both of which are wrong. 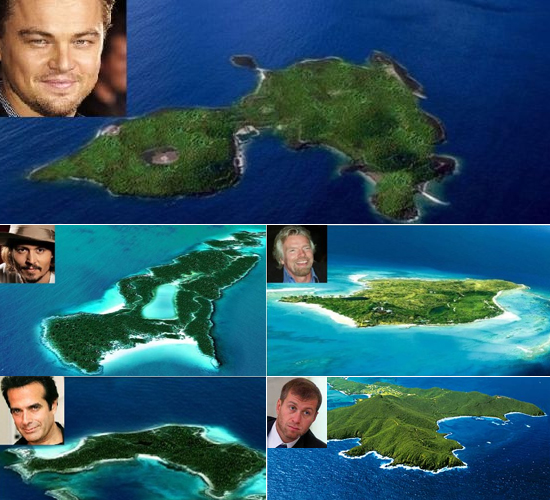 I don't think finding a new home should be that hard for the US to help them resettle either in the states somewhere (or an alternate island). No amount of money though will ever cover the emotional and physical destruction of ones homeland.
edit on 23-3-2015 by Qumulys because: (no reason given)

The following video shows all that one need know, in order to understand the responsibility that the US government ought to take in this matter...

I think this just about covers it.