Who wants to argue creation?

page: 1
19
<<   2  3  4 >>
log in
join
share:
randyvs
+1 more
posted on Mar, 22 2015 @ 12:41 PM
link
Solar eclipse 3/20/2015
Watch the moon placed so perfectly in the heavens along with the
earth and sun and everything else to make this awesome sight, a
sign of Gods handiwork possible. Science being so scientific and
closed minded would rather use words like coincidence to explain
the gaps that science will never be able to explain. Science often
sounds like George Bush.

Science will tell you
It is only by Coincidence that Sun is fourhhundred times larger than
the moon and forhundred times farther from the Earth. This is why
they appear to be almost exactly the same size in the sky. Exact
enough for me to say they're exact, but science it seems loves to
spend time splitting hairs. But indeed Earth is the only planet in the
solar system and as far as we know the whole universe where this
occurs so perfectly. Pure COINCIDENCE that we are in the right place
that we can observe what was meant to be observed. Scripture tells
of Gods precision watchmaker handiwork and that it is certainly not
a coincidence.


I think i'll soon make a list of scientific coincidences, be
there such a thing, that when compiled together will dwarf
the idea that God is just to fantastic to be believed. And I won't
even need to go into the fact whereby so many eclipses and blood
moons are occuring in these times on sacred Jewish festivals.
Just more coincidence.

EternalSolace
+5 more
posted on Mar, 22 2015 @ 12:45 PM
link
I can't stand how science and religion is always out to lynch one another. Both sides are so pig headed and close minded that they can't see what's obvious.

My intent was not to set off a chain of events. I focused on the Bible's creation theory and showed where there were contradictions.

People "claiming" to be religious attributed for 99% of all rude comments made in my thread. They also don't believe and outright dismiss any forms of scientific dating techniques.

Which I showed could also could be verified.

I'll play, later, which side of the pyramid would you prefer I argue the case on behalf of, a religious God, Intelligent Design or Science? You want a good debate right?

posted on Mar, 22 2015 @ 01:04 PM
link
A few thousand years ago the moon wasn't where it is today, a few thousand years from now it won't be either. We just so happen to live in a time where this phenomenon happens, it went be that way forever.

I'm not so closed minded that I don't listen and weigh.

Just couldn't stand it could ya?

What? I was just pointing out that astrology is forbidden. I was replying to the thread not you in particular. Feel free to ignore me.

originally posted by: EternalSolace
I can't stand how science and religion is always out to lynch one another. Both sides are so pig headed and close minded that they can't see what's obvious.

I want to BONK their heads together. Bet it would make a hollow sound.

“The cultural wars and debates out there between what’s usually called science and religion are again, I think simplistic to the extreme. The religion side is often parodied as the kind of most literalistic and intolerant forms of fundamentalism and the scientific side is often parodied as the most materialistic and intolerant forms of scientism. So you have pure faith on one side and pure reason on the other and we’re supposed to believe, somehow, that these two things don’t meet in the middle. I find that completely unconvincing.” -Jeffrey Kripal

posted on Mar, 22 2015 @ 01:10 PM
link
I've wanted to know for some time why we shouldn't win a law suit to have the following label on the title page of every Bible sold and in every Bible in the churches:

"Be aware that Genesis is written by men at least one thousand six hundred years ago, at a time when only few people knew how to write and even fewer had any concept of science.
Science back then, among other things, supported the notion that the purpose of the testicles were related to voice. The lower they hang the deeper the voice.
Faith on the other hand need no proof and it is well known that only selected few can claim to Speak with God. Those not selected will be regarded simple minded and probably treated for mental illness, whereas those selected get to be celebrated and placed prominently in church hierarchy.
Also consider that nothing is provable in Genesis and the Christian church relies on it's followers to accept Genesis on faith rather than as peer reviewed fact." 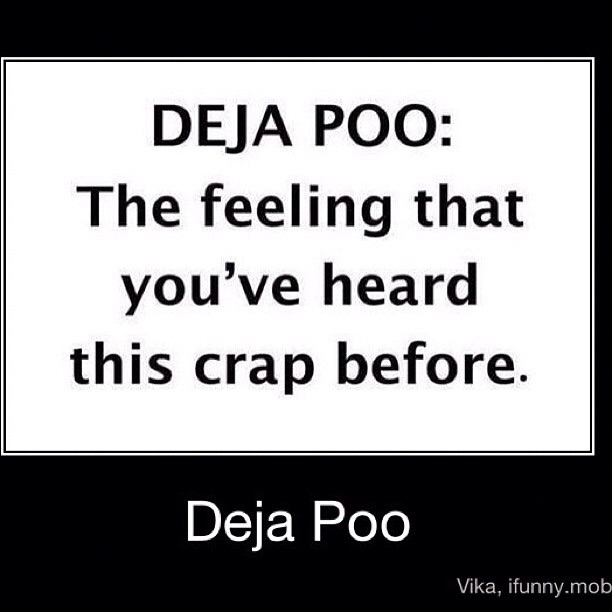 Well, I can agree there. Science is constantly trying to sell itself "incomplete". Some people forget that they're still just theories when discussing their viewpoint. The electric universe, quantum mechanics and dark matter "theories" are desperately trying to fill the voids in our scientific model. Some of those theories have turned out to be true, which again, leaves them incomplete.

Put it this way, I'm quite comfortable putting myself on an island and saying I have more faith in Science and it's methods than I do Religion. I absolutely respect the right for anyone to think for themselves, but in my opinion the Bible takes away from one's ability to do that effectively without prior convictions getting in the way observable, repeatable experiments.


Except for the fact that "science" isn't a person and doesn't believe anything at all. It is merely a tool for exploring the world around us and expanding our knowledge through learning. I'm sure there are some foolish individuals working in various scientific endeavors who make or have made statements of the sort you claim but in all honesty, I don't think the phenomena of arrogance and closed mindedness is the sole domain of people working in various scientific disciplines. I see it just as often from the devoutly religious and I firmly believe that while both groups may have rather loud voices, they are in fact a minority in their respective disciplines or faiths. As for the Sun/Moon correlation you have brought up, the distance/size ratio has not always been what we currently see in the night sky and it will not be so as well in the future as the moon is moving away from the Earth by 3.8 cm every year.

Re the Moon/Sun coincidence thingy.

The Moon is moving away from us ever so slowly (just under 4cm per year).

As it becomes more distant it also appears smaller so that, in God knows how many thousand years, it will have shrunk to a point that a total solar eclipse wont be possible. And future generations will no longer be able to witness this spectacle.

Did God intend just for the present generation to witness it?

originally posted by: 3NL1GHT3N3D1
A few thousand years ago the moon wasn't where it is today, a few thousand years from now it won't be either. We just so happen to live in a time where this phenomenon happens, it went be that way forever.

But of course, Christ on the crucifix and all the saints combined with all the pretty pictures aren't graven images.

Job 31
26 if I have regarded the sun in its radiance or the moon moving in splendor, 27 so that my heart was secretly enticed and my hand offered them a kiss of homage, 28 then these also would be sins to be judged, for I would have been unfaithful to God on high.

Seems like being enticed by the moon and sun (solar eclipse) is being unfaithful to God.

And to your point:

Deuteronomy 4
16 So do not corrupt yourselves by making an idol in any form--whether of a man or a woman,