Besides the LRS-B have you heard about anything else possibly going white?

I'm shocked that 30+ year old projects are still buried (the relatively ordinary ones that is).

There are rumors that a canceled program will go white soon. No word on when though.

The B-2 has been one of my favorite aircraft since the German's flying wing, the Horton HO IX. I just love the flying wing designs, especially those of the 40's and 50's. (Have you seen the nuclear powered flying wing? Wow!)

Thanks for the thread, really interesting stuff.

I get the sense that the DOD is in an awkward spot, where declassifying some of the really cool stuff from the 70's and 80's that might be obsolete or cancelled in its own right would tip too much of their current hand, capabilities wise, in the process. Assuming those projects were followed on in some way or another, or if parts of them led to parts of other capabilities they're actively seeking today.

Take fastmovers/space planes. There's all sorts of indications that the isinglass/rheinberry/FDL/X-24C studies led to some sort of real-life hardware that may or may not have flown in the 70's. I look at the 0-60 jump from 50's era ablative shielding to the Shuttle's super-advanced TPS system with it's silica tiles and reinforced carbon-carbon and wonder myself whether there wasn't some sort of halfway point between the X-15 and the Shuttle.

Now let's say that those 70's test aircraft were dead ends in their own right, but led to whatever led to those sonic booms in the early 90's and the reports of something flying a Shuttle-like reentry pattern from the south into Edwards. For all we know, that 80's follow-on project would have been another cost-is-no-option Reagan-era hail mary like the AARS/Quartz, and like that program became a useless white elephant once the iron curtain crumbled.

Now would it be cool to see? Absolutely, but it would likely tilt the US's hand as far as the capabilities that we're pursuing today with the X-37, etc. A Star Wars/near-orbital ISR/space bomber craft might have been useless against Yeltsin and Xiaoping, but against Putin and post-Tiananmen China, it starts to sound a lot more useful...

I know of two aircraft that are black that would lead to interesting things. As much as I'd love to see these two in real life, the odds of that happening are slim and none, and I think slim just caught his horse out of town.

posted on Mar, 19 2015 @ 11:30 PM
link
My first B-2 sighting was somewhat cool, driving west on I-70 in the early evening, just north of Knob Noster (Whiteman), summer of '95. One flew over the highway in front of us while banking, struck me that it looked like an angelfish, then another followed behind it, each were maybe 10,000 AGL, max. They just circled over the highway.

I'm fortunate to live within 100 miles of the base so I see them several times a year flying over, always very random glance at the sky and you see one. Also get football game flyovers (the altitude of these has increased over the years, I think). The first time they did a football flyover they must have arrived a bit early, we watched it loiter, south of the city, from the top of the football stadium - very cool.

The last time I saw a B-2 was Monday evening. We get some good sunsets so I went into the backyard and saw three contrails to the WSW, looked like April 9, 2014 Amarillo photos (not the March ones, darn it!). I had the pleasure of watching three of these craft for an hour and twenty minutes as they did four large ovals in the sky. Actually on the 3rd pass the back one turned early and heady back towards Whiteman I would assume, it was getting dark by the 4th pass but the back one turned early on that one as well. Spacing return time to base?

The few things that struck me: The shiny glare off of them as they approached the first time, at least through my binoculars, certainly a reflection off the underside which was odd. The fact that they were dragging contrails all over the place; they were below all the commercial traffic, so just assume this may be standard to get a quick training in and hours for the pilots? The dim flicker of the nav lights which could only be seen from the backside.

Now that would be something to see. Maybe they'll do another picture like this in a few years? All three should still be flying at the same time for a little while. 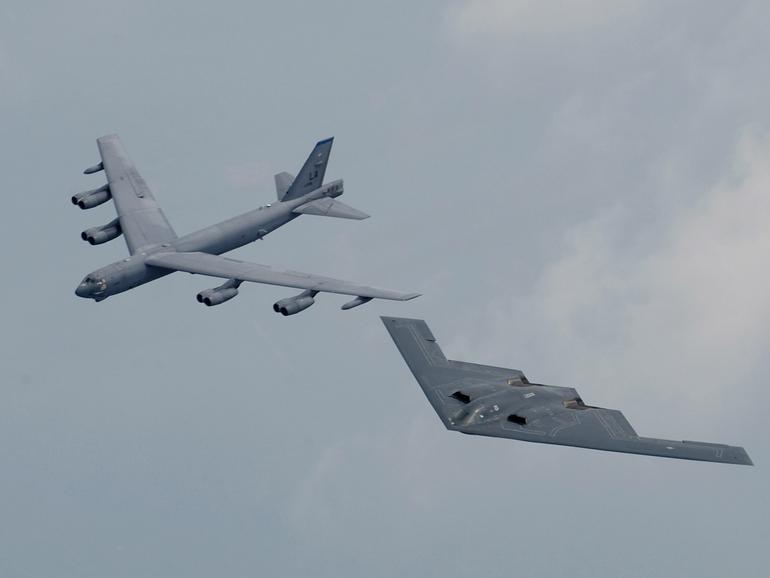 One of my favorites.

Lots of compartmentalization and a NDA to back everything up.

That's a great sighting! I'm fairly jealous of you for that. We moved to the UP in Michigan back in August, and there's even barely any commercial traffic to see here.

But, if I'm remembering correctly, shortly after those Wichita and Amarillo sightings, they started doing more flybys in groups to throw people off. They were essentially trying to retcon that it was a group of B-2s that everyone had seen and get people to stop speculating of what it really could have been.

Nothing major, just the usual administrative stuff. They made a few changes to the contract so it pushed things back.

Think the roll out will be in Southern California? I imagine you'll just happen to be nearby, regardless of location.

I mean the location should be pretty obvious, it'll either be Plant 42 or Edwards.

The only curveball I can think of is if that "L-M designed, Boeing built" rumor is true, there's a whole lot of Boeing-owned assembly floor space in Long Beach that just became vacant.

If the L-M/Boeing design truly triumphed over the NG one because of politics as much as performance, I could see a politically-motivated unveiling at the Long Beach plant emphasizing new jobs, etc.

They went to a cost plus contract, so admin changes.

Well duh. Haha. I'm planning to get pictures if I can and torturing the hell out of you guys.


Well duh. Haha. I'm planning to get pictures if I can and torturing the hell out of you guys.

You sly dog you...playing with some already fragile minds, shame on you.

originally posted by: Zaphod58
a reply to: cmdrkeenkid
Well duh. Haha. I'm planning to get pictures if I can and torturing the hell out of you guys.

I'm thinking advent calendar, all out of order like a puzzle.


And we all know where you got that idea and whose fault that is...DA*N YOU BASSPLYR!! 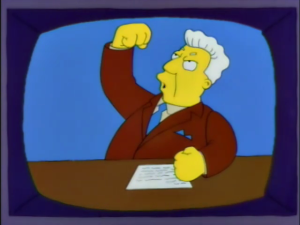 BTW, first page, second picture, text on the top pic reads: "The whole idea behind this aircraft is to hold [mobile and hard] targets at risk in the Soviet Union".

originally posted by: MystikMushroom
I guess flying wings are the way to go...

I don't really see them reinventing the wheel if shape/profile works.

Well, it WOULD be cool if it looked like the crystalline entity but I think that won't happen.

Nah, a bitter old woman with a dead son would swoop in, use sound to destroy it...

Oh he was only responsible for that idea. The other idea was all mine.

BTW, first page, second picture, text on the top pic reads: "The whole idea behind this aircraft is to hold [mobile and hard] targets at risk in the Soviet Union".


Still a huge threat and a lot to do with why we've designed a new strategic package. We're pretty confident we can get rid of the stationary targets within 48hrs or so. It's those moving one's we have an issue with. Above and below the surface.

Still a huge threat and a lot to do with why we've designed a new strategic package. We're pretty confident we can get rid of the stationary targets within 48hrs or so. It's those moving one's we have an issue with. Above and below the surface.

Key word there is package. I suppose the B-2 is not the one meant to circle around in a hostile environment looking for mobile targets.

Is it delayed for political reasons or some BS like that?

Wait I thought Lockheed won the LSR-B contract because the NG bird was damaged? So if NG is building the lesser capable bomber(IIRC the L-M bomber was the show stopper) what's going to happen to the LM plane?

Is this too many question marks for one post?

Contract restructuring. They went to cost plus instead. The decision to change it wasn't made until a couple weeks ago.