posted on Mar, 19 2015 @ 12:30 PM
link
The Lunar Connection between Impact Plumes. Uranium Air Fall and Black Shales
The standard explanation for the presence of large amounts of uranium in oil shales is that it precipitates out of seawater.
Where is the seawater on the Moon?

The mice from straw argument, of Anoxic (oxygen deprived) seawater precipitating out the uranium has one serious problem. The ocean has to be biologically productive for organic material to be buried to form the oil and gas in the shale. If the ocean is anoxic (dead) how is the organic material found in the shales produced? The uranium prevents organic material that falls into it from decaying. You can get one, but not the other from anoxic seawater.

According to the kinetic theory of gases, a heavier gas molecule moves slower than a lighter gas molecule at the same temperature. What if the temperature were high enough that some of the molecules were able to reach Earth’s escape velocity?

How about an Extra-Solar Asteroid? An asteroid from outside the Solar System does not need to be going 72 kilometers per second or less (Solar System escape velocity). At much higher velocities (>200kilometers per second) an asteroid does not leave much of a surface crater. It can punch through the crust and reach the mantle before detonating. In geology these massive melt structures in the mantle have been called Mantle Plumes. But obviously they didn’t originate from magma outflow from the mantle so they should be called Impact Plumes.
Voila! Uranium falling from the sky. It falls to the bottom of the oceans and makes just the bottom of the oceans anoxic. The uranium pulls oxygen from the surrounding seawater and creates a dead zone only near the bottom. So the upper oceans still have enough oxygen to support life. When stuff dies up there, their bodies fall into the uranium anoxic zone at the bottom. So we have both the concentration of uranium and a buildup of unoxidized organic material which is then buried to become black oily shales in the future.

Where does the moon come in? The webpage from the American Association of Petroleum Geologists maps the presence of uranium concentrated on the lunar surface. There are no oceans on the Moon but like everything else in the Solar System, the Moon does get hit with Extra-Solar asteroids.

The oil companies have made billions keeping this a secret. They have literally done every crime imaginable to keep this secret.

Well since this is the introduction forum so... welcome aboard the Mothership ATS Pope marsrat! 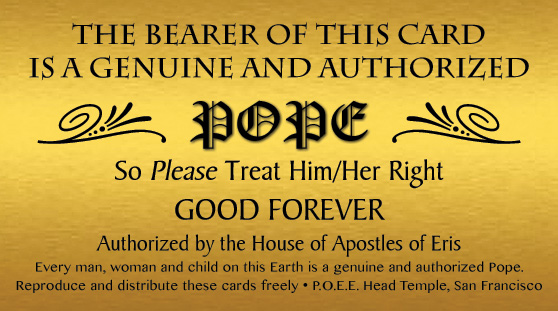 posted on Mar, 21 2015 @ 01:34 AM
link
Interesting. Forgive me for asking, but why are they commiting crimes to keep it a secret? Is it because there are money making opportunities on the moon that they want to keep for themselves? I'm sorry, I guess I am just not good at understanding things on my own sometimes without having them explained to me as if I were a 5 year old...


Maybe its because this thread was originally in the Introductions forum? Maybe stars gained in the intro forum don't count towards your total...?
edit on 3/21/2015 by 3n19m470 because: (no reason given)

This information should have been in the public domain for several decades.

The detonation of the asteroid and thermal expansion of the heated material will produce a rapid uplift above the detonation chamber. Because it was uplifted so rapidly the strata above the chamber was fractured and will rapidly erode burying the organic material. The heat from the magma chamber cooks the organic material to produce oil. By including tectonic plate motion you can remove 30 to 60% of the uncertainty in finding oil.

Extra-Solar Asteroids, the one stop geologic process for producing oil.

Some of Oil Company geologists knew about this process before they went to the moon. The largest concentration of oil geologists on Earth is in Houston. The moon rocks are also in Houston. Coincidence, I think not.

Where did you get a picture of my sister?

posted on Mar, 24 2015 @ 03:40 PM
link
The Fiction of the Late Heavy Bombardment
Ultra-velocity (>100 kilometers per second) asteroids produce huge amounts of molten rock when they detonate below the surface. On the moon the conditions (vacuum and low gravity) make it nearly ideal for the separation of uranium from the overheated detonation chamber.

The Late Heavy Bombardment was a fiction cooked up by the oil geologists (Houston) to explain how a nearly uncratered surface on the moon was 3.7 billion years old. They said that impact cratering just tapered off to nothing. The explanation that an ultra velocity asteroid could have produced this much melt (most of the seas on the Nearside) was never advanced. That Extra_Solar asteroids existed was a very profitable secret to keep. So they spin gold out of straw with the Late Heavy Bombardment.

So what is the age of the moon rocks that we got back from the moon? Why did NASA come up with so many correction factors for the U/Pb data? The moon formed after the proto-earth was struck by a mars size body. Nothing more volatile than iron remained when the moon formed. So why was common lead (an element which vaporizes easily VOLATILE) used as the basis for correcting the radiogenic lead data from the lunar samples?

Their argument was if the common lead were not present then the radiogenic lead also leaked or was driven out of the sample. There wasn’t hardly any real lead formed with the moon. So they have samples with lots of Uranium and Thorium but very little radiogenic lead. In other words without the common lead correction factor the sample would come back as being recent or young.

So the Maria (seas) on the moon have very few craters and they are U/Pb young but Houston says they are 3.7 billion years old? Any bets that the uncorrected date would overlap a terrestrial extinction event?

originally posted by: 3n19m470
Interesting. Forgive me for asking, but why are they commiting crimes to keep it a secret? Is it because there are money making opportunities on the moon that they want to keep for themselves? I'm sorry, I guess I am just not good at understanding things on my own sometimes without having them explained to me as if I were a 5 year old...

Since they appear to have lied about the Moon Samples (taken within the area of the melt) to cover up the existence of an Extra-Solar asteroid impact which can generate a lot of melt (terrestrial example massive flood basalts) then they have to keep on lying. Why does every discovery of an impact crater have to fight an up hill battle? Because every terrestrial impact crater that you document cuts a little more of the legs out from under the fiction of The Late Heavy Bombardment. If you find them on Earth then they are usually under 2 billion years old. Most found are under 500 million because of erosion and plate tectonics.

The Extra-Solar asteroid impact could be the single geological process that may produces the majority of our present oil. That this is not known by the public makes it a very profitable secret.

They knew that they would have a problem with the moon samples before they ever got a hold of them. A lot of melt and very little cratering indicated (from Earth based telescopes) a recent Extra-Solar asteroid impact.

If the Oil Oligarchs have known this secret for more than 50 years then what happened to the people that figured this out since then? Not everyone can be bought.

Bad things happened to them. So the crimes continue.

posted on Mar, 30 2015 @ 04:40 PM
link
Cool thanks for explaining. So, does this mean you could cook up some oil yourself using organic material or is it still just cheaper and better to get it out of the ground?If we run low on oil could we just direct an asteroid towards a place with lots of vegetation? Is that the secret? That oil doesnt take millions of years of natural processes and could be created in an instant?