Females: Why do you wear make-up?

Being a male many of us just do not understand the hours, time, and money that women spend with this crazy ritual.

So what are your reasons for doing this? 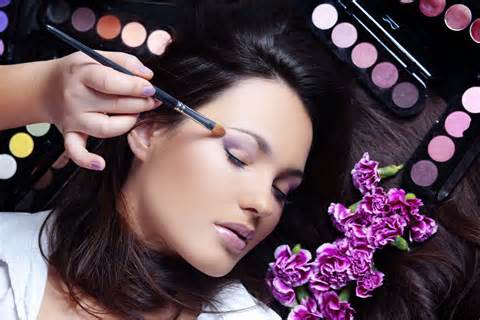 The trick to good makeup is to make it appear that we aren't wearing any. Digest that for a second.

We women have always been subjected to endless judgemental comments on our looks, our posture, our size and our whatever. So if instead of hiding in a corner we want to mingle with a little bit of confidence we opt to cover a little zit or wrinkle, or subtly accentuate our eyes, or our teeth, or cheekbones. My husband always said the same as you, but I was wearing makeup when he met me and he liked the way I looked.


hands down this is spot on

So what are your reasons for doing this?


Because "the sons of God saw that the daughter's of men were beautiful" and Azazel came down and taught women the secrets of makeup to seduce man....
....or so some ancient Hebraic texts say.

I find makeup to be a straight up turn off; I have said to female friends, on more than a few occasions, that they look prettier than usual today, only for them to look baffled & respond with "I barely put on any makeup!"

Even the "wear just enough to make it look like you're not" is ludicrous, imo. Now, I don't know much about all the different aspects of makeup, but I do know that the less you wear, the better. Better for your complexion, also. Using makeup to hide zits only compounds the problem.

But what's worse than wearing too much makeup?

Drawn on eyebrows. When & where in the #ing crap did this disgusting trend come from.

My old neighbor used to joke that he woke up next to an alien everyday, & was terrified until his baby momma "put her eyebrows on"

originally posted by: MimiSia
a reply to: aboutface


hands down this is spot on


Yes, this description of long term conditioned inferiority complexes of females in modern society is totally spot on.

posted on Mar, 19 2015 @ 10:57 AM
link
a reply to: aboutface
That's exactly right. My kids are always nagging that it takes me forever to put make up on and they can't tell I'm wearing it.

Some women slathered it on like its going out of style. That's just how they learned to put it on.

Cosmetics can be toxic

originally posted by: aboutface
a reply to: Realtruth
My husband always said the same as you, but I was wearing makeup when he met me and he liked the way I looked.

why u use this

that was the funniest thing

We're not trying to figure anything out, we're trying to tell you it's pointless to use it at all.

You will always look better without it.

We're not trying to figure anything out, we're trying to tell you it's pointless to use it at all.

You will always look better without it.


and save some money too. Have you seen the prices on some of those makup products?