Why did Putin go missing for over 10 days???

posted on Mar, 18 2015 @ 06:26 PM
link
Putin has been in control of Russia for over 13 years. The longest he's been out of view is 2 consecutive days on 2 occasions. So when Putin went missing recently for over 10 days naturally many people wanted to know why. It's a valid question given he's the leader of a nuclear armed country in the middle of a slow moving war in Ukraine. The Kremlin's clumsy attempts to paper over Putin not being present with a few time delayed stories certainly didn't help.

A reason for Putin's disappearance is starting to be pieced together now.

It all started with the opposition leader Nemtsov's murder. This was a brazen political crime that seemed to catch many of Russia's power brokers by surprise. As the investigation into the murder dragged on it became pretty clear some powerful forces were indeed behind it. The trigger mam and his helpers were Chechen. When the leader of Chechya Kadyrov came out publicly praising one of them everyone knew who dun it.

Of course Kadyrov was given a very high medal by Putin himself for his service to Russia. Or quite possibly his ongoing service to Putin including the Nemtsov murder.

The powers that be in Russia weren't happy. The FSB investigation was pointing to Kadyrov, however he is Putin's right hand man. His public VK and Instagram posts professing undying loyalty to Putin were a little obvious. Rich and Powerful people with contacts inside the FSB didn't see the Nemtsov murder coming...and they didn't want another surprise like that.

Putin disappeared from view for 10 days.

Suddenly Putin's back...and everyone is watching for signs of what happened. One of the signs was the sudden reclassification of Nemtsov's murder...from a contract killing to a hate crime.
www.interfax.ru...
russian link

Clearly Kadyrov and Putin had won and shut down the Nemtsov investigation. A hate crime means no investigation for a 'boss' that ordered the killing. The fall guys will take the wrap and that will be the end of it. The FSB has had a long standing hate on for Kadyrov so this is a big win against the FSB. Kadyrov is clearly untouchable in Russia now.

Now since Putin's return Kadyrov has been given 2 more medals for service to various parts of Russia, on March 16 and March 18. That's three medals in 9 days including the highest medal anyone can receive in Russia. Kadyrov looks to be moving to Moscow very soon and a good guess is he'll replace Medvedev who clearly isn't resonating with the Russian public.

Of course Kadyrov has a long way to go to consolidate a power base in Moscow should he be brought into the capital soon. But he's clearly a rising star in the shadowy world of the Kremlin. A rising star that took Putin many days to keep the wolves from destroying. 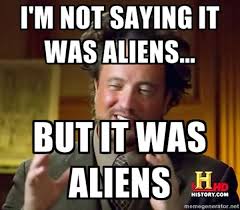 originally posted by: autopat51
i think he just had the flu.


Damn I could have really saved some time there hey! How about we just humor me for a few pages before we decide it was just the flu...

Georgio and his Hair are always welcome in any thread I start!!!

posted on Mar, 18 2015 @ 06:39 PM
link
I'm still going with 'the flu'. He has a major reputation as a mans man and that he is indestructible. He probably was out of view because being seen sick would tarnish that carefully crafted reputation. That's my guess.

originally posted by: FlyersFan
I'm still going with 'the flu'.


You wouldn't last long as a Kremlin Tea Leaves reader! Opinions get paid by the page so it has to be complex and mysterious. The bosses need to be left with the feeling that only you can piece together the clues...and that they have to hire you for more opinions!!!

originally posted by: kitzik
Are you prophesying beginning of Russian Caliphate ?


It's a good question actually! Can Kadyrov transition to Moscow and build a power base that ultimately leads him to take over when Putin retires? I wouldn't even guess to know that question.

posted on Mar, 18 2015 @ 06:51 PM
link
If your looking for possibilities I will ad to the mix here, a semi serious surgery that would make being in public very difficult if you want to project health. Perhaps a Hernia operation or even a double one, since this thread is all speculation I speculated. Trust me on the Hernia operation you can't stand up straight or even appear to be not in pain for quite some time.

A surgery is possible. The only thing I heard about it was an Austrian doctor apparently visiting Putin for his back. No reports of a hernia. I'll keep my eyes open for something thou!

All the "social media" hyperbole onslaught was part of it.

Putin's "disappearance" was part of it.

Today, at the Crimea concert, he seemed to be sheltering his right side as he was speaking.

He's usually very animated when he speaks, but he held the mic close to his right side and the right side of his face looked like it might have dropped ever so slightly.


They do pump advertisers in articles and need to be carefully read. I don't think they get paid by Russia to speculate however. Always good to read the contributors stories Insider pulls from however!

I think recovery from a stroke would take longer than 10 days, but who knows.
edit on 18-3-2015 by noeltrotsky because: (no reason given)

No, I think that Russia will never become Caliphate, probably new cult ala Stalin, but not Caliphate.

No, I think that Russia will never become Caliphate, probably new cult ala Stalin, but not Caliphate.


I agree. There is an age-old dispute between Islam and the Christian Orthodox Church that's lasted for many centuries. I can't see the recent & rapid resurgence of the Eastern Orthodoxy giving in to Islam anytime soon.