"What are Atheists gonna do when Jesus Christ is proved to be Real by World Events?

.............................
Strictly by definition ET's are coming, have been here, and have already walked on this planet.
Angels, Demons, Satan, Jesus Christ, even God himself is an ET.
They exist in a spiritual dimension that biological humans can never enter, they can enter our dimension but we can't enter theirs.

But my question to you is what are you going to do when the ET named Jesus Christ is leading his myriads of ET angels to fix our planet as described in the book of Revelation ?

Actually the question is rhetorical, I already know the answer, they will do what Job's wife asked him to do when he was under Satan's tests......
(oh if you don't know you can always read the account)

posted on Mar, 18 2015 @ 02:36 AM
link
I've often said that if there was legitimate, undeniable, worldwide proof of Christianity(or any religion) being the actual truth of reality, I would have no problem accepting it. I think many atheists would feel this way, because there would be no denominations within Christianity; there would just be the accepted truth.

Until then, I don't really care if there's a god or not. I assume (or hope) that after death SOMETHING might be revealed to me, & would have no problem accepting it probably.

Personally, I think when you die you are confronted by whatever you believe & offered a choice to return to earth or (insert other option here)

I believe the key is to NOT choose. Choose not to make a choice. This will cause the entire system to unravel & collapse.

I believe not a single human soul who has died has refused to make the choice, & that's why humanity is stuck in its apparent circle of ignorance/conditioning idk what to call it.

But I know, without a doubt, that I will succeed where others have failed, for I am the true incarnation of selflessness.

I eagerly await death, in the hopes I might free humanity from its constraints.
edit on 18-3-2015 by Eunuchorn because: (no reason given)

The real question is, what is Jesus going to do when it all turns out to be a hologram?
edit on 18-3-2015 by greencmp because: (no reason given)

posted on Mar, 18 2015 @ 02:44 AM
link
so the ultimate hypothetical question is then, if I am reading OP correctly, is what will I be doing when a super benevolent alien entity comes to earth to make things better?

I guess help out if needed. sounds great.

Now, if an alien comes here and tells me to obey/worship him, regardless if his/her name is Jesus, Zod, Ming the Merciless, or any other name, I imagine I will protect my home and species as best possible.

What happens when (if) he is just a man?

The majority of atheists I meet are just lazy and don't want to commit to anything and be free to take part in immoral behavior without guilt or conscience. there are a few who have actually read and studied the bible but its rare. Its hard work being a dedicated christian and more and more are simply not up to the task.

and no I don't consider myself a christian so I am not preaching here. They do a lot of good in this world though. Their charity efforts are epic IMO.

It won't matter anymore, it would be too late to say "I believe" . Start the "Relocation Protocol" .

posted on Mar, 18 2015 @ 03:15 AM
link
Since you are talking about atheists, that refuse to blindly follow religion based upon hearsay, I guess that most would react like me, and convert once the eveidence is provided.

On the other hand, the satanists would have a bit of a problem...

but there seem to be fundamentalists in every religion

The other way around, what would Christians, Muslims or what ever religion follower do if aliens came to earth telling or proof was found that gods doesn't exist, there is no afterlife or heaven and hell, and it's all a misinterpretation of people writing about people....Complete chaos and denial....I guess

posted on Mar, 18 2015 @ 03:50 AM
link
It's an interesting question, considering some atheists have more morally perfect lives than some Christians.

I am sure there's a word for it, but I think that if there's a God out there, then he's probably less fixated on you religious leanings (Christian, Hindu, Jew, Muslin, Catholic, Anglican, Shia, Buddhist etc), but more concerned with the quality of your soul.

To add some humour to a serious subject. This is what happened to the atheists at about 2 minutes in.

posted on Mar, 18 2015 @ 03:54 AM
link
I'm with Stephen Fry on this one. If a/our god created us and popped out of the sky all fancy like on his sky segway or whatever, I would not only be shocked - but would at last have someone to be angry with at everything that is wrong with this planet. All these religions supposedly guided by god/gods words are a disgraceful means to divide and destroy each other over a fantasy that is no more real than the flying spaghetti monster race. I'd be outraged to be honest at how many lives, wars and histories have been lost for an imaginary sky lord who is happy to sit by and watch as peoples head are hacked off for all the world to see.

That's why I'm agnostic, just in case he/she/they are real I'll finally have an outlet for my internal anger.

"What are Atheists going to do when God and Jesus Christ are proved by world events to be real" ?


Believe in their existence...

It's the wholly lacking evidence that causes us to disbelieve to begin with.

If by 'world events' you mean normal Earthly catastrophes with no evidence of divine origin... then no.

Jesus Christ is leading his myriads of ET angels to fix our planet as described in the book of Revelation ?


You mean the planet that was devastated by the whole 7 trumpets and 7 bowls thing? That devastation of course brought to us by angels under Yahweh's wrath.

But hey it's all good. He later sends Jesus and some angels to "fix the planet"...

*what I posted in the other thread more or less*

originally posted by: Akragon
A suggested subject that we should discuss... apparently

.............................
Strictly by definition ET's are coming, have been here, and have already walked on this planet.
Angels, Demons, Satan, Jesus Christ, even God himself is an ET.
They exist in a spiritual dimension that biological humans can never enter, they can enter our dimension but we can't enter theirs.

But my question to you is what are you going to do when the ET named Jesus Christ is leading his myriads of ET angels to fix our planet as described in the book of Revelation ?

Actually the question is rhetorical, I already know the answer, they will do what Job's wife asked him to do when he was under Satan's tests......
(oh if you don't know you can always read the account)

Not if, but when this happens, it is my hope that everyone will accept the "real" Jesus for who he is ......but we are still "aways off" from this time. We still have a minimum of seven years before he shows up. A minimum..... actually the seven year tribulation will start once the final "Antichirist" known as the false Christ appears and takes over control of the entire earth. In order for this man to step forward and take charge it is my opinion that a world wide calamity will have to occur (millions if not billions of death and sickness around the globe) and he will fix this problem supernaturally while we look on in awe. People around the world will stand up and call him "Christ" our saviour. During this time frame the temple will be rebuilt in Jerusalem and the "Antichrist" will sit in this temple as people around the world call him god. He will bring three and half years of peace and the over night change and bring three and half years of "hell on earth".

I say "real" Jesus because there is still someone coming who will imitate Jesus Christ, acting as if he is Christ, to fool mankind into believing he is the true Christ. Stay awake and alert for these signs. These will be scary times and it will be after these times when the real Christ will appear and by this time all of mankind will have received a mark, It will be invisible and will not be seen with eyes. It will be the "mark" that separates the "goats" from the "sheep"........ meaning a separation from the believers and the non-believers. The believers receiving salvation and the non-beleivers receiving destruction (death). Those who receive salvation at this time......will never experience death.

It is my hope that many who currently do not believe hopefully will one day - accept the father (Yahweh), the son (Yeshua) and the spirit of God' (Holy Spirit - also known as the "comforter" that Jesus sent after his ascension) as the one true God. God who rules in heaven, God who became man who then after resurrection (by his Father in heaven) ascended then later sent God's spirit, his Holy spirit to help and comfort those who call out to God in worship and praise. As in any earthly kingdom is the King and the prince (his son) of the same royal blood line? They live under one kingdom. You bow to the king as you do to the prince.

posted on Mar, 18 2015 @ 04:43 AM
link
Are you having a laugh!!
Its the other way round!! There cant be anything worse than discovering that you believers have been blind ignorant stupid crutch dependent fools. But nobody is perfect. Least of all me!
Wake up from your slumber and take a good look around you and see the world for what it is!

then reconsider the question


They will be busy shaking hands with friends in hell...... 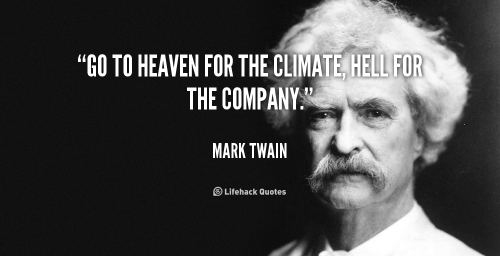 then reconsider the question

Reconsideration is only possible if my first response isn't the truth. Which makes your request impossible and down right ridiculous!