I was angered and sickened to read yesterday that some of the people of my town saw this as entertainment , some of the mindless morons not content with just standing about watching the show were goading the poor chap and calling up to him to jump , they must have been delighted when he did as according to reports many of them were filming the events and some even thought it worthwhile uploading the final moments of the the poor chap onto social media.

I know this isn't a new phenomena but here in my hometown it is and to be honest it makes me sick , how mindless do you have to be to stand around watching that kind of thing unfold and how sick in the head must you be to shout to someone in that situation to jump ... and then film it for your own personal pleasure so as you can show it to your mates who weren't fortunate enough to be at the show !!!! , what the hell has happened to people's sense of right and wrong.

My heart goes out to the poor bloke who felt the need to do what he did and to his family who have had to see this play out , I hope with all my heart that the police identify the sad , pathetic morons involved in helping this tragedy unfold and the full force of the law is brought down on their pathetic little heads.
Not much of a rant but I just needed to get it off my chest.

posted on Mar, 17 2015 @ 06:28 PM
link
They sound like the type of ghouls who would travel miles just to see a public execution. Seeing another die is such great entertainment, don't you know?

posted on Mar, 17 2015 @ 06:29 PM
link
Good God!! That should be illegal!! Incitement to violence or something... Disgusting behavior. People used to go to executions for entertainment, too. Can't think why its somehow great fun to watch someone die.

originally posted by: AboveBoard
Good God!! That should be illegal!! Incitement to violence or something... Disgusting behavior. People used to go to executions for entertainment, too. Can't think why its somehow great fun to watch someone die.

Inciting violence is illegal and so is suicide... so maybe goading somebody to jump is illegal. I certainly wouldn't mind seeing some arrests over that.

I am sorry that there are those that don't take it seriously.

How bad could it get short of facing a choice of death by others or death by your own hands.

I have been homeless, jobless and without nothing, but I thrived and survived. Guess it takes a strong will and to throw out the notions that have been created for us on what success is.

I live, I love, I breathe. Life is awesome, you just have to handle the roadblocks.

Yeah i read the article on this this morning and i was and still am totally sickened. Degenerative mindless excuses for human beings these people are.

Suicide is an unbearable enough heartache for a family to deal with without hearing of this kind of moronic behaviour.
What a bunch of gutless cowards.

I wouldnt mind 10 minutes alone with any of them, they'd find out the meaning of pain

posted on Mar, 17 2015 @ 06:40 PM
link
I'm not sure if the police have the power to do much but I can only hope they do and whatever powers they have are used to full effect , I hope the idiots involved are haunted by what they've done.

The fact is, watching people fall and hurt themselves so many times on YouTube has made people numb. To them, real life has blurred with cyberspace and they would rather watch the person make a scene instead of possibly saving a life. Its the "as long as its not me" or the "at least I'm not that guy" mentality. Their parents must be winners!

I can't wait until any of these kids are up on that ledge with health/love/money problems. The same mentality that laughs at in individual in this position is weak and fragile. Not one to make it very far in life. They will know ridicule eventually.

posted on Mar, 17 2015 @ 06:59 PM
link
I would have been the one trying to talk the poor soul out of jumping. And if I was near any one of those son of a...you know what, I would have put them in their place and called them every name in the book!

posted on Mar, 17 2015 @ 07:00 PM
link
And now you see why society needs strict policing. Imagine society breaks down for any number of reasons. These people will be walking round the streets committing the most heinous acts. God help us all when that day arrives. Some parts of the world are already experiencing it, parts of the Middle East for example.

The world must be mental, as it seems, so few care.

This girl faces charges for encouraging a friend to kill himself after he had second thoughts.

originally posted by: gortex
I was saddened on Saturday to read a report of a man who killed himself by jumping from the top of a multistory carpark that afternoon in the town in which I live , police had spent a couple of hours trying to talk him down but to no avail.


Those shouter guys are just ill-bred assholes Gorty, I respect your thoughts most of all, R.I.P. to that person.

The future looks bleak for humanity. How many times have we heard of young teens beating up the homeless, stomping and kicking their head like they're a piece of trash. I just learned a few weeks ago, a student in our high school urinated on and stomped on the head of a local homeless vet. This kid is full of anger, and every teacher in the school knows he's a ticking time bomb, even our school security. What's amazing, is he's back in school.

I witness teenagers being rude and inconsiderate everyday. If a fight breaks out, everyone stands around like it's a big show. Students literally create a circle around the two fighters and start cheering the students on. I've been teaching for over 20 years and I have to tell you, it really disturbs me how rude and disrespectful young people are today.

posted on Mar, 17 2015 @ 07:47 PM
link
It is unfathomable how anyone can be so sick-minded as to encourage someone to jump and film it. The thousands of brutal deaths people see through the magic of film, TV and games has likely numbed those who already had a propensity to have no compassion to the point of no return.

I sometimes think this is hell. Or the universe's armpit. The horrible, twisted things that people do to each other, to animals, to the earth itself -- so insane. Think about road rage. How insane is that? Domestic violence. Child abuse. Animal cruelty. Bullying - physical and cyber. Neighbors fighting about the stupidest things and threatening each other. Police brutality. Body shaming.

On some levels, it's like the world is full of snotty, mean little junior high bullies. On the other level, it's like many are demonic and crazed. On many levels, it's like there are soul-less people walking among us, just shells with brains, no soul or heart. A world of sociopaths and psychopaths.

I know there's many people who aren't bullying or harming others. But, in a scenario where there was a serious issue - war, disease, famine, those not so bad people are inches away from being cruel to others to save themselves.

Yes, there are kind, loving people too. They don't often get in the news. They don't often look for recognition or reward. They would give the shirt off their backs and share their last meal. They are the ones I call human. I wonder how many are left in this world.

originally posted by: whyamIhere
I sat with a 19 year old students last breath while he was lying in the road.


Never ever, ever lose that ideal, it belongs to you no matter what.

originally posted by: WeRpeons
a reply to: gortex

I just learned a few weeks ago, a student in our high school urinated on and stomped on the head of a local homeless vet. 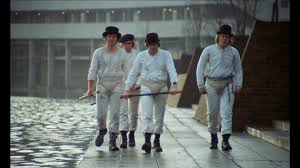 
“Our youth now love luxury. They have bad manners, contempt for authority; they show disrespect for their elders and love chatter in place of exercise; they no longer rise when elders enter the room; they contradict their parents, chatter before company; gobble up their food and tyrannize their teachers.”

― Socrates
So, all is normal then.

Wow that really is messed up. People are cold hearted with their smart phones. Maybe they should make a new law (like we don't have too many) kind of like inciting a riot, but call it inciting a homicide/suicide. Or like yelling "fire" in a theater. I have much compassion and would have tried to talk the man down if I could although police would not have let me.