Their eyes are all open, and their up and about, playing, and just making as much noise as they can! 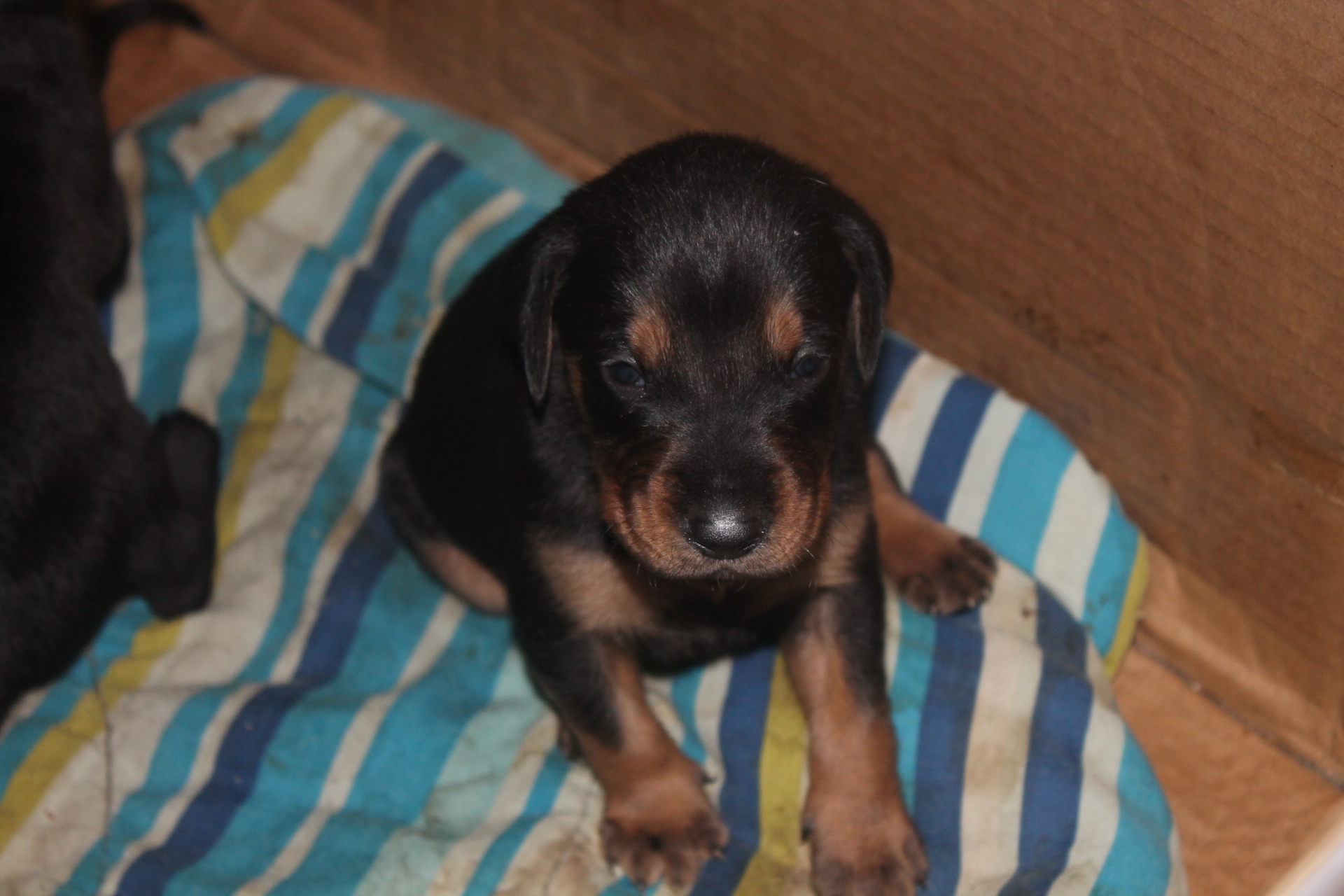 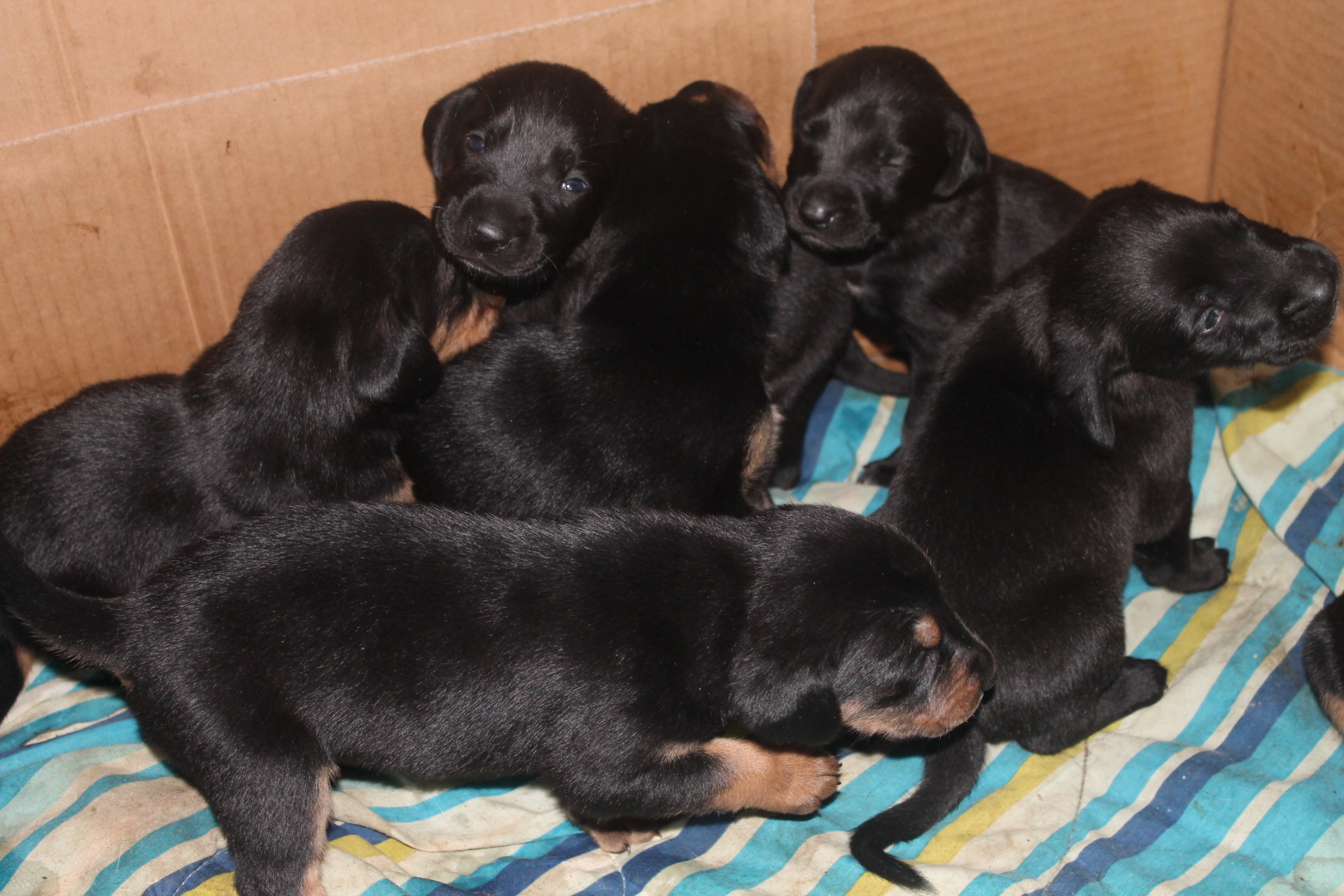 posted on Mar, 17 2015 @ 05:39 PM
link
They're so cute. Just wait until they get a little bigger. You're going to have the little hell raisers all over the place chewing on stuff. That poor cat is going to have fun lol.

Yah, Joe and his brother are going to be in for it soon. These little guys are half American Fox Hound and half Rottie!

It looks like a good mix. I hope you have a lot of paper lol. There are training pads that are made out of diaper material, too. I'm not sure what brand name or where you get them though.

posted on Mar, 17 2015 @ 07:10 PM
link
OMG cuteness overload! So sweet! Love your avatar by the way! That video was great and really made me smile. What on earth are you going to do with all those poopies? LOL

How can anyone not like puppies. I just wish some of them would just stay that size. I used to sleep on the sofa with my golden retriever pup. Now she's so big, there's not enough room for her to lay down with me on the sofa!

Hahahaha! I've always been a cat person myself, but yes, how can anyone not like puppies? Adorable!!!!!

Years ago when I babysat for my Sisters kids, they had the most beautiful puppy I had ever seen. When the kids went to sleep, I'd snuggle and talk to the puppy. LOL He grew into the most gorgeous dog ever!!!

posted on Mar, 17 2015 @ 10:02 PM
link
Earlier tonight, I noticed they were whining quite a bit. Mom still has plenty of milk, but she's getting pretty chapped and raw.

Since you can start to wean them at 3 to 4 weeks of age, I decided to take the puppy chow we have, soak it in warm water, and sit down with the small bowl, use my finger to see if I could get them to start tasting it.

I sat the bowl down and they all rushed it...started gorging on the food! I had to pull the bowl out going "WOAH WOAH WOAH!" Their tummies aren't ready for that much solid food yet.

But they were quite happy with it. So instead of having to work hard at getting them weaned, I think it's going to be easy.

I keep wondering if she carried them a bit late before giving birth. Mom was like a basket ball and could barely walk before she finally had them.