In the half hour prior to take off ACARS signals from MH370 were highly erratic with Doppler shift suggesting a velocity of 80-90 knots plus a variation in BTO values of up to 50nm. These erratic signals could suggest overheating in the Communications Management Unit or CMU. The purpose of the CMU processor is to convert 8-bit digital data into streaming data format for transmission.

The CMU controls both ACARS and Transponder on the Boeing 777 thus failure of the CMU would replicate the loss of communications seen on MH370 and provide an explanation why pilots turned back from Vietnam.

Other clues repudiate the claim by Malaysian authorities that MH370 turned back at IGARI.

For example at 17:50UTC the ADS-B receiver network operated by Flightaware detected a transponder signal from MH370 east of Malaysia. This would imply that MH370 continued towards Vietnam until turning back at 17:35 UTC.

MH370 also spoke with JAL750 at +17:30UTC and given how far north JAL750 was over Vietnam (over Buon Ma Thuot at FL320) it would have been impossible for MH370 to communicate by VHF with MH370 anywhere southwest of IGARI.

Thus an alternative scenario is that MH370 turned back from Vietnam and suffered an electrical fire at 35,000ft followed by sudden decompression leaving MH370 to fly south on autopilot.

It's all very well proposing these theories but a cockpit fire would have brought the plane down, possibly in pieces if it raged out of control and in turn, that would increase the chances of debris being found, so where is the debris?

In all the theories about the missing plane, I don't recall one talking about a fire. But I did find this

There are two types of fires. An electrical fire might not be as fast and furious, and there may or may not be incapacitating smoke. However there is the possibility, given the timeline, that there was an overheat on one of the front landing gear tires, it blew on takeoff and started slowly burning. Yes, this happens with underinflated tires. Remember: Heavy plane, hot night, sea level, long-run takeoff. There was a well known accident in Nigeria of a DC8 that had a landing gear fire on takeoff. Once going, a tire fire would produce horrific, incapacitating smoke. Yes, pilots have access to oxygen masks, but this is a no-no with fire. Most have access to a smoke hood with a filter, but this will last only a few minutes depending on the smoke level. (I used to carry one in my flight bag, and I still carry one in my briefcase when I fly.)

posted on Mar, 17 2015 @ 03:18 PM
link
I freely admit I know nothing of the wonderful world of aviation, but I have one big problem with the fire scenario.

How does a plane fly for several hours with a big old tank of gas and not explode?!

Surely if a fire started would it not have continued get to the fuel tanks and then go "Kaboom" ?

posted on Mar, 17 2015 @ 03:51 PM
link
Since the fuel is in the wings and center fuselage it is very possible to have a fire in the cockpit area not reach the fuel.

Personally I believe that something took out the flight crew (fire, hypoxia, assault, etc.) and that the aircraft continued NORTH where it ran out of fuel and crashed in the jungle. If there was no fuel, there would not have been much of a fire, especially if the aircraft hit at an extreme nose down attitude. The truthers can say what they want, but, that hole at Shanksville was pretty small. If the aircraft crashed through a jungle canopy at an extreme nose down attitude, the wreckage may not be visible through the canopy.
edit on 17-3-2015 by JIMC5499 because: typo

yes that is a good poin in my opinio

Fair comment and theory. And didn't a certain oil rig worker reckon he spotted a plane on fire

given your interest
I would like to ask your opinion
Australia radar failed to detect the place. yet defence claimed since 2000 they will detect anything that is bigger than Cessna 172 that is approximately 27x32 feet in diameter .

It's all very well proposing these theories but a cockpit fire would have brought the plane down, possibly in pieces if it raged out of control and in turn, that would increase the chances of debris being found, so where is the debris?

Negative, cockpit fire would lead to decompression in less than a minute based on experience of Egyptair flight 667 and ABX Air Flight 1611.

What you do not understand is that decompression at 35,000 feet snuffs out a fire through oxygen starvation.

Unfortunately I am not a spokesman for the Australian Defence Forces. I find it hard to believe JORN did not see MH370 myself but then the Australians have not been up front with everything either.

When China sent IL-76 search planes to try and locate floating objects seen by satellites from five nations below 44S,90E Malaysia objected and demanded that Australia ground search planes. Next day 25 March 2014 Australian authorities advised that all search aircraft were grounded due to a dangerous storm over the search area.

This however is a weather chart of that location showing that there was no such storm and winds were only 15 knots.

originally posted by: MimiSia
a reply to: JIMC5499


Rewind a little. The failure of the Communications Management Unit (CMU) would cause the loss of ACARS and Transponder transmissions, but would not have prevented ACARS satellite handshakes after 18:25 UTC

CMU failure would also be a justification for pilots to turn back from Vietnam.

CMU failure would be a likely cause of an electrical fire.

Pilots engulfed in a cockpit fire are also trained not to don oxygen masks. If you were driving your car and suddenly engulfed in flames would you concentrate on driving?

CMU is unique because it is the only B777 system I am aware of which is not backed up with multiple redundant systems. Having system redundancy by the way does not prevent a fire and there is no fire suppression system in the Boeing 777 avionics bay.

you beat me to it,

i don't think a fire was the reason
edit on 6/4/15 by Phatdamage because: (no reason given)

one "article" I really like and had a comment from Leopord Sautorious (I am pretty sure it was him)(investigator of air france 447) (he did not say it in the air crash investingation ) but in the "article" it was written that he said in "private" to other detective/investigator via e-mail ..that the most strange thing about the whole situation when he watched it as it happened in media was the amount of millitary or police being present when they first said that the plane has gone missing. the other guy responded with also another interesting comment about how he traveled to the spot mh370 left of from and he set there for ever watching. he said after all this there has been nothing done in terms of tightening security he said that the planes remain at times completely unattended and no one would even notice that somebody smuggled something into the cargo. they are apparently continuing doing their own investigation but are right in this moment out of cash and are once again looking how to get more money to continue. this is just a side not to all another comment when it comes to the 2 guys traveling on stolen passport and how the investigators labeled them as refugees who seeked better life in EU. the guy said he flew where the guys bought those stolen passports and looked to buy one the best offer he could get is $20000 euro per passport. where does a refugee( from where ever they fled from )come to that amout of money . not that I think the did it either. I emailed Sara Bajk on FB I could see she was Fbing a day before I send her a MSG saying if she wants a petition to say jindalee radar should release data either way to at least the families that in fact it was unable to detect it. I said I can volunteer my time into it and my own resources (my parents travel here all the time it could have been them or me ) but so far no response
edit on 6-4-2015 by MimiSia because: (no reason given)

thank u so much for more information on the Aussie radar. I am terrible with searching/understanding information about technology and frankly I couldn't find this information at all

I always thought cockpits had oxygen masks for situations like that? 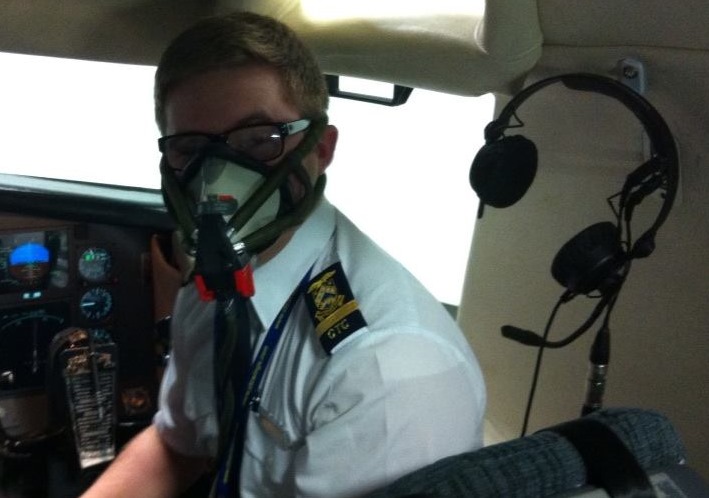 did the fire disable the transponder and ACARS as well?