Tom Cotton, and The Republicans are Lobbying For War on Two Fronts

originally posted by: amazing
Maybe if these retarded republicans would actually hang out with some war vets and see the horrors of it they wouldn't be so eager to send the next generation into one. Guys getting shot multiple times, missing limbs, brain damage, PTSD, Young fathers and husbands getting blown in half by explosions. It's horrible stuff. That's how it would be in IRAN.

They seem to forget that these negotions and deals by Obama, aren't by him alone, It's a whole negotiation with China, Russia, UK and other countries.

The stupid in our government is nearing epic proportions.


I KNOW! When you have people who think you can cap size islands and drive the Mars rover past the American flag ... It's just insane how stupid our elected officials can be.

Rudy's statement "I think Obama doesn't love America" was the start of the snowball building...mark my words.

I do not agree with you on this,that is an open threat to another country that no matter what is done now,it won't matter. They will 'fix' Iran. I say if they want to fight so bad,like the other poster said,let THEM go fight. Bet they would change their minds in a hurry.

Rudy's statement "I think Obama doesn't love America" was the start of the snowball building...mark my words.

Quoting a Republican's political rhetoric that he has already walked back due to backlash doesn't exactly answer my question.

I'm not going to pretend that Cotton was referring to regime change via inaction. The GOP hawks are chomping at the bit to be rid of Assad as well. What we're witnessing is the push for the latest phase of a grand plan to reshape the ME through military intervention that has spanned multiple administrations. Look at who that moron Jeb Bush ("ISIS has 200,000 battle-tested fighters!") has advising him on foreign affairs.

Obama is attempting another in Israel right now as we speak by sending his own election experts to work against Netenyahu and sway the election in favor of the opposition.

I assume you're talking about Jeremy Bird and 270 Strategies being brought in by One Voice?

It's true that he and the firm he co-founded have worked for Obama (and Kerry, Howard Dean, Corey Booker, Hillary Clinton, Planned Parenthood etc). They're good at what they do and the majority of their clients are on the left but unless you have some evidence, I don't think it's reasonable to say that Obama "[sent] his own election experts."

If the GOP wants to encourage some campaign experts to go work in an Iranian election, that might be about the only strategy for "regime change" that isn't likely to blow up in our faces.

posted on Mar, 10 2015 @ 02:54 PM
link
Iran seem to be the only nation in the region willing to go up against ISIS. In my opinion that is good reason to leave them alone right now and welcome their assistance with more pressing issues

Giuliani has stayed in the public eye by capitalizing on the fact that he was mayor of NYC during 9/11. If he was a Democrat all we'd here about is what a philanderer he was, how his wife was a local news anchor while he was in office and so on.

Excuse me if I don't give his opinions any more consideration than they are due because he was mayor of NYC on 9/11. He's almost as big of a clown as Donald Trump.
edit on 2015-3-10 by theantediluvian because: (no reason given)

Guiliani isn't even in the Legislative Branch. Heck, he isn't even in office right now. How are his opinions relevant to leadership in Congress being sensible because they are Republican? I don't care about Rudy or his opinions since no Congressmen are even beholden to them. I want to know what makes the leadership in Congress "sensible".
edit on 10-3-2015 by Krazysh0t because: (no reason given) 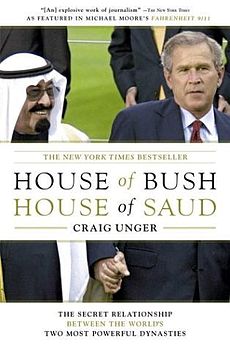 Bush is involved too?


(post by Granite removed for political trolling and baiting)
theantediluvian

No, but that's okay because I think that in order for me to see things your way, I'd need to deprive my brain of oxygen for many minutes.


(post by Granite removed for political trolling and baiting)
Metallicus

What do you, my esteemed friends of ATS, think of these developments?

I think you are jumping to conclusions about the motivation behind the Republican concerns. While I really don't like seeing them meddle in ongoing negotiations between Iran and the WH, I think they are concerned we will make a deal that ties our hands and allows Iran time to develop nuclear weapons.

IF I were president I would disband our nuclear arsenal and lead by example. The US has more than enough conventional forces and doesn't need to rely on the MAD of nuclear war.

posted on Mar, 10 2015 @ 03:23 PM
link
But but but the republicains are pro murika, the constitution and all, there just gonna send more boys and girls to go die for the warmongers to profit.

Cant forget to blame obama do.

You're clearly ignoring the statements of the man that organized the letter. There is no need to jump to conclusions, he said precisely what the intent of the letter was and what he thought needed to take place in regards to Iran. In case you missed my earlier post:

Huff Post - Senator Who Organized Letter To Iran Has Said He Wants To Sabotage Negotiations:

WASHINGTON -- Sen. Tom Cotton (R-Ark.), the organizer of a controversial letter warning Iran that the U.S. government will not necessarily abide by any agreement Iran strikes with the Obama administration, previously told a conservative audience that the goal of congressional action should be to scuttle talks with Iran. The U.S. should, instead, engage in a policy of "regime change," he argued.

Iran hawks in the House and Senate have long said that their aim is to help the White House strike a tougher deal with Iran. The administration and others, meanwhile, have charged that the hawks' true motivation is to undermine the talks entirely. Cotton, for his part, has made no secret that he wants the talks to fail.

"The end of these negotiations isn't an unintended consequence of congressional action. It is very much an intended consequence. A feature, not a bug, so speak," Cotton said in January, speaking at a conservative conference hosted by the advocacy group Heritage Action for America.

Also a petition on the White House site to prosecute and file charges against the 47 traitors has already garnered over 56,000 signatures in 2 days