Temple of the Stars 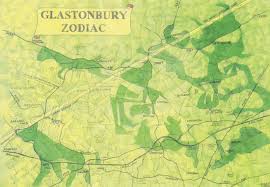 Roads, streams and hedging forms the outlines to these shapes intentionally, to create a replica of the zodiac seen above. Maltwood substituted a boat for Cancer’s crab, but otherwise we can recognise the same images as we use today.

Maltwood has, of course, been criticized for her thoughts. She used modern boundaries to prove her theories, many of which did not exist on maps from before the 1900s. But I would like to challenge her critics – is it possible that Glastonbury was deliberately cultivated to create a temple of the stars on earth?

She is said to have been inspired by remembering William of Malmesbury’s writing (13th c) that Glastonbury is “a heavenly sanctuary on earth.”
Nor was she the first to have noticed the correlation with the zodiac. The Elizabethan occultist, astrologer and Royal advisor John Dee, made trips to Glastonbury in around 1580, where he charted the unusual earthworks. He called this ‘Merlin’s Secret’ and commented:

“The starres wich agree with their reproductions on the ground do lye onlie on the celestial path of the Sonne, moon and planets...
thus is astrologie and astronomie carefullie and exactley married and measured in a scientific reconstruction of the heavens which shews that the ancients understode all which today the lerned know to be factes.” 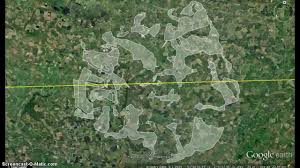 We have more recently discovered that we are creatures of habit. Stretches of the A1, the major road between Edinburgh and London, have been shown to date back to the Mesolithic making it around 10,000 years old. 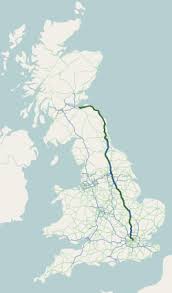 Although not all the roads were not marked on these pre-1900’s maps, does that mean that they weren’t there? Can we be sure? Boundaries may have shifted over time, but is the general outline the same?
When you consider this in a global context, it becomes an interesting exercise. Compare the Nazca lines in Peru. Or the Egyptian pyramids, often thought to be arranged as a reflection of the constellations. Landscape mandalas are not unknown across many continents, so why not here? 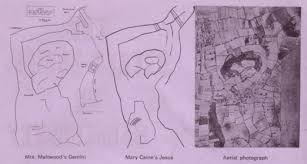 We know from the stones circles around Europe, that the stars and their passage through the sky were of great importance to our ancestors. But did they conceptualise a zodiac?
Probably, is the answer. The Romans claimed that the Druids were ‘equal in knowledge to the Persians’. We know from looking at the Pictish stones that they were decorated with many zodiac motifs: (earlier than this, I couldn’t say for certain) 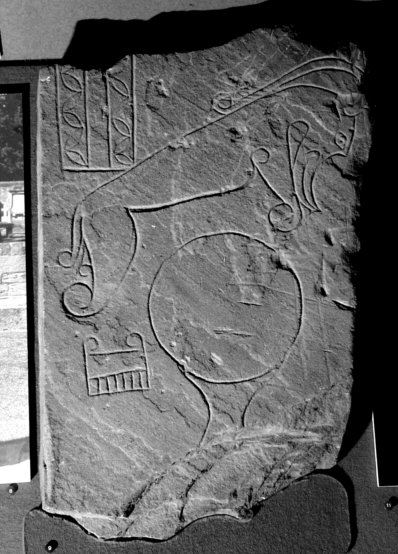 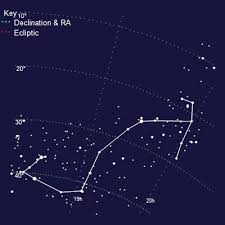 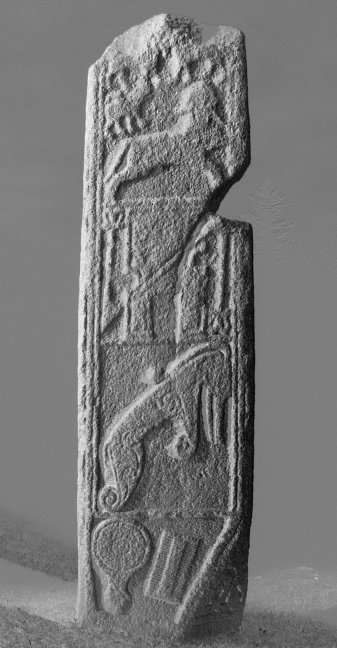 Could Glastonbury be home to a temple of the stars, now forgotten and dismissed by those who want to erode our past? I think it could be, and probably was.

Absolutely no problem Syx, thanks for reading.

It really brings to mind the Tuathe De Danann, the race of beings that came from the clouds to defeat the Fomorians. Were they the ones that brought such knowledge of the stars?

I suspect that much time was spent watching the progression of stars across the sky. It's what I do on camping trips. Did you know, supposedly, the Celtic had a thirteen month ( 13 moons in a year) lunar Calender before the introduction of the Roman 12 month Solar Calender.

The Coligny Calendar is exactly as you describe:

it was a lunisolar calendar, attempting to synchronize the solar year and the lunar month. the months were lunar. Scholars disagree as to whether the start of the month was the new moon or the full moon, or per Pliny and Tacitus perhaps even the First Quarter. The common lunar year contained 354 or 355 days. 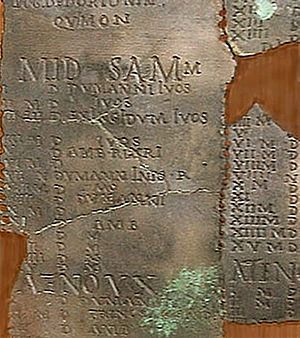 As far as the Tuatha go, I think they were real people who got woven into folklore over time. They had four treasures - a cauldron, a sword, a spear and a stone. Three of those are metal, and I believe that they were skilled artisans in the Bronze Age who brought over some fantastic metalwork, gaining them 'magic' status over time. The Denyens/ Sea People maybe?

One of my favourite subjects too, thanks for reading C de T.

Saw this last yr on truth juice with santo bonacci.

Do you know if any monuments or ancient sites are within any of the constellation replicas marked on the ground bean?

The Tor is in Aquarius, I have just learned. I don't know the area at all, so I'll have to read a bit more before I can answer you properly. But I will get back to you.

Incidentally, Wifi along with Logarock, Gordi and Ramcheck are the ATS pioneers of the Kelpie theory, an ATS exclusive!

Thank you very much grayghost, I'm glad you enjoyed reading!

I'm struggling to be honest, since I don't know the area at all. What you might like though, is this:

Archaeological evidence suggests that the well has been in almost constant use for at least two thousand years. Philip Rahtz found several dozen flints from the upper Paleolithic and Mesolithic, and a sherd of Iron Age pottery nearby. Roman and medieval sherds were also found in more recent layers.
[2] Water issues from the spring at a rate of 25,000 gallons per day and has never failed, even during drought. Iron oxide deposits give water a reddish hue, as dissolved ferrous oxide becomes oxidized at the surface and is precipitated. Like the hot springs in nearby Bath, the water is reputed to possess healing qualities.

Which flows into this: 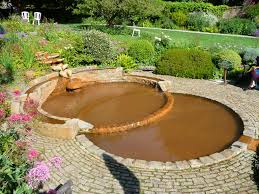 This is found at the Tor (or Aquarius, as we shall now call it. Ooh - the water carrier )
I thought you would have a field day with the red waters of mother earth.

Yeah, I know. I could dive into the chalice well a little. I just don't like repeating myself when things are so obvious.

But I digress. Lol.

My issue with Glastonbury is the size of this celestial complex. Egypt in which the stars can be see to be mirrored right along the length of the Nile, makes Glastonbury look like butlins. 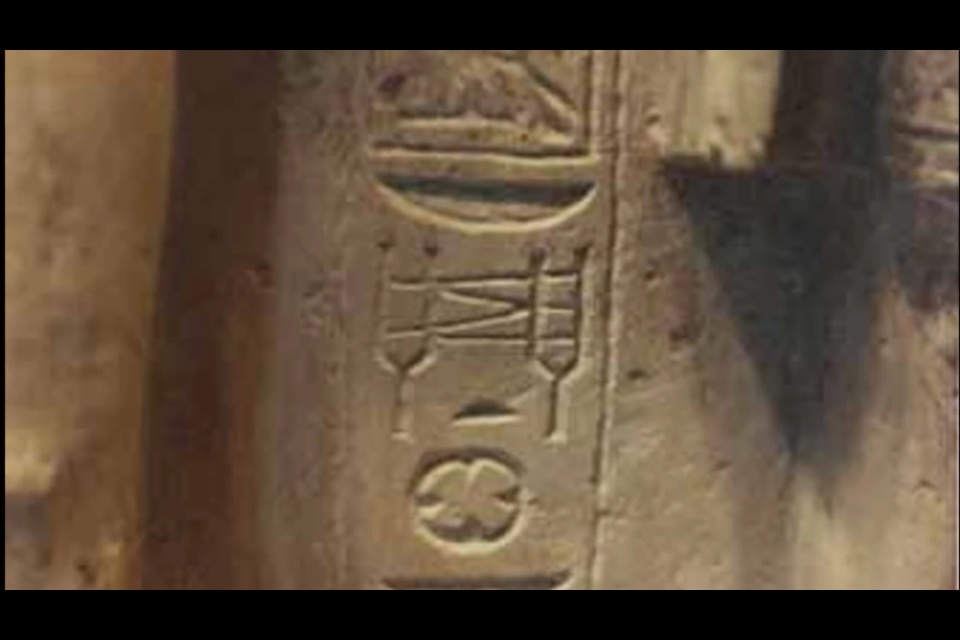 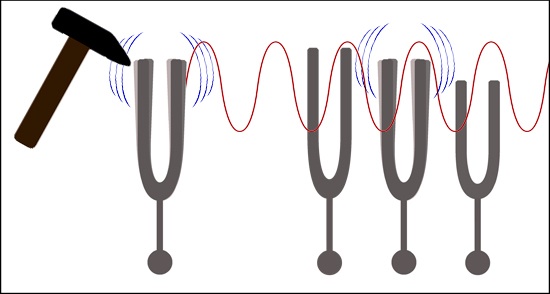 “Do you not know, Asclepius, that Egypt is made in the image of heaven? Or, to be more precise, that everything governed and moved in heaven came down to Egypt and was transferred there."

Imagine going on holiday to the rest of the universe and beyond, as well as potentially allowing ingress into parallel universes within which exist alternate worlds assisted by the magical thinking that allowed for bilocation belief. Aincient Disney land, where dreams came true and fairy tales were real. Now you are halfway there...

Wells often feature in mythology as gateways to other worlds. The overlapping of worlds are represented by the symbolism of the chalice well.

What if...the zodiacs are only a marker, a token if you like. If there is a global zodiac, Orion in Egypt, Aquarius at Glastonbury (for example, I just made that up as if you couldn't have guessed, lol) etc etc. Hmm....

Nice thinking. I wonder where Glastonbury is compared to egypty. Wouldn't it be fascinating if in conjunction they lined up with Aquarius and Orion? Dates could also be of significance to point to future ,or mark previous Alignment with the site and it's celestial counterpart.

Do you know, I'm going to try and find out!

I read this fascinating book several years ago called "The star mirror" .....

"At the dawn of the new millennium the most brilliant stars in the sky provide a mirror image of the most prodigious mountains on earth.

For the first time in history a miraculous duplicate pattern has appeared between the most brilliant stars in the sky and the highest mountains on our planet. At the dawn of the new millennium the stars are aligning with the highest mountains on the earth. The ancients predicted this would happen and understood its meaning. This ancient vision of “heaven on earth” passed down to us through the ages has become a reality. It transpires that the earth and sky have the same blueprint, suggesting that there is a single divine plan uniting the terrestrial and celestial spheres.

The author of this book has spent many years researching this parallel by comparing the co-ordinates of stars on the celestial sphere with the co-ordinates of mountains on the terrestrial sphere. He has discovered an astounding consistent numerical match between the most brilliant stars in the sky and a number of the world’s highest mountains and he argues that this remarkable parallel was clearly recognised by the ancient monument builders long ago. From Avebury to Easter Island, from the great mound of Ching, to the Nazca Plaines, these monuments are also located vertically beneath the brightest stars. These vertical alignments are occuring for the first time in history.

This book explores the extraordinary implications of this alignment and the messages that the ancient monument builders have left us. Are they warning us that the earth is about to shift 30 degrees on its axis? Mark Vidler’s astonishing book proves that this is an idea that we should be taking seriously"

Oh wow artistpoet, your timing is impeccable!
(1p used on amazon as well, I'm ordering that).

Thanks for that input, it's an idea that I really love. The stars seemed to be of the utmost importance to our ancestors.

Bought! Now I just have to wait for it, grrr!

Cool ... I think it is worth the wait

Some of the alignments have already occurred such as Sirius aligning Mt Kilimanjaro in Africa in 2000
The alignments are occurring now ... supposedly within a 200 year time frame ...
They align Mountains and also ancient monuments .... anyways hope you enjoy it once it arrives

Oh wow artistpoet, your timing is impeccable!
(1p used on amazon as well, I'm ordering that).

Thanks for that input, it's an idea that I really love. The stars seemed to be of the utmost importance to our ancestors.

I wonder what gave the author the initial idea. The cave in those mountains- astral bilocation to the stars they align to?

Take the temple of the moon for example;

The Temple of the Moon consists of three structural components: an overhanging cave with superb stonework, a very tall double-jamb doorway beyond, and farther beyond, several structures including one that again uses a cave.

The purpose of building of the Temple is not exactly known. Keeping in mind that caves, like springs, were thought to be entrances for gods.