posted on Mar, 9 2015 @ 02:31 PM
link
Could your cat be responsible for all the suffering in this world,,,its time to face facts and stop treating them as a warm & fuzzy cuddy toy...

Cat Parasite Affects Everything We Feel and Do

Your Cat Is Making You Crazy


tiny organisms carried by house cats are creeping into our brains, causing humans to push the cat agenda & their propaganda


But I'll be happy marching to my doom cuddling my furry little parasite vector.
edit on 9-3-2015 by ketsuko because: (no reason given)

Thank you for trying to enlighten those that are not yet infected.

posted on Mar, 9 2015 @ 03:24 PM
link
It's a human conspiracy. We seized control of the world from the cats and now we do not expect them to try to get control back? Well, actually, they still have control of us, there are three of our four cats taking over the couch I usually lay on while watching TV as we speak. Pretty soon they will start complaining that we should cook supper. That is why I am on the computer right now, no room on the couch.

They won't stop until they have destroyed everything!

Wifi is our cat's name. Now if you are her please let me know so I can block you from accessing the router. No wonder our internet has been so slow lately.

BUT I love them!

Is she a gamer. Lol. Tin foil hat is the only way to block her wifi brains from the router.

I think you left your humor at the door.

Go home and take it back, the cats are coming!

originally posted by: Elementalist
a reply to: highfromphoenix

I think you left your humor at the door.

Go home and take it back, the cats are coming!


Whatever is this a humor site? 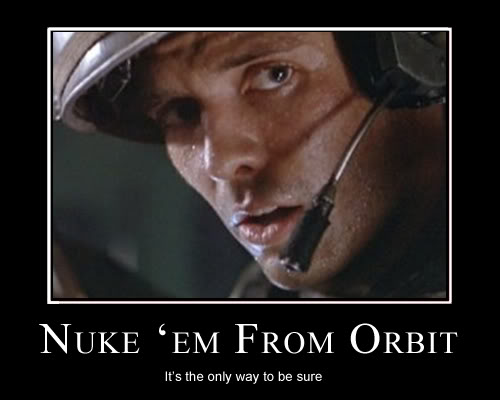 IF YOU HAVEN'T ALREADY NOTICED, THIS IS ANYTHING AND EVERYTHING SITE.

OOPS, I INADVERTENTLY HIT THE CAPS KEY!
edit on 9-3-2015 by CharlesT because: (no reason given)

that cat does look mean. He knew what that girl was saying too..

Thanks for making me aware.. it really is a real thing.

I wonder if you have it for life if you get it?

I wonder how you get rid of it?

Some estimates for infected humans worldwide are as high as 50%!

(as some people, maybe all people exhibit subtle symptoms.)

"We found that chronically infected mice have additional behavioral changes, such as freezing in an open field, grooming themselves less well, loss of balance and diminished grip strength. These behaviors are typical of unhealthy aging. Brains from chronically infected mice are smaller than those from normal controls. We find parasites in cysts within neurons that had formed synapses. We also see an inflammatory process, especially within and next to the part of the brain associated with memory.

"Is there a human equivalent to such behavior changes?

I used to have my doubts, but I am no longer so certain that this behavioral change involves only rodents. A recent study from Stanford showed changes in immune-system molecules in blood from chronically and acutely infected pregnant women that were not present in uninfected matched controls. A group at Johns Hopkins University found subtle but specific memory deficits in young professionals who had antibody to the parasite, compared to matched controls.

Several research teams have looked for effects on personality or behavior in humans. These groups have found that patients with schizophrenia or obsessive-compulsive disorder are statistically more likely to have a T. gondii infection. Infected men have slower reaction times, and more than twice as many traffic accidents."