posted on Mar, 9 2015 @ 02:54 PM
link
I would go with conventional detonation, non nuclear, as there is no visible percussion wave at the apex of the blast and only out from the base. More apt to be a solid projectile such as meteor as previously suggested and as evidence by the various other smaller visible strikes surrounding the main one.

Would not rule out orbiting satellites in failed orbit or other space craft or debri.

posted on Mar, 9 2015 @ 02:56 PM
link
Looks like a dust storm really, have you never seen over a desert? And because of how winds move there and the currents, could form in a tornado like or mushroom like shape

posted on Mar, 9 2015 @ 03:03 PM
link
As far as the crater is concerned, it was already there. The rest of the gunk is not visible in this picture though. 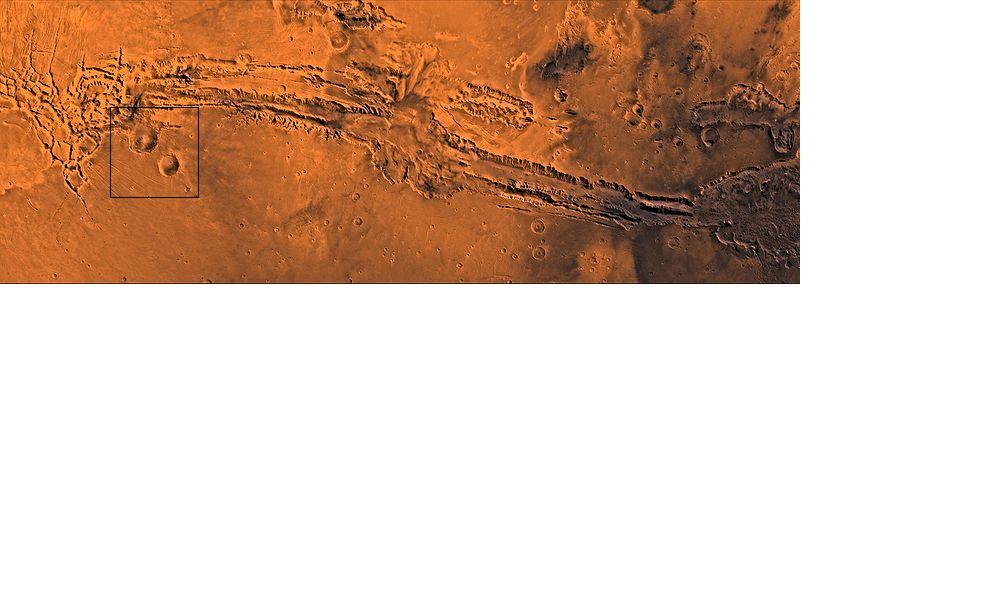 
ESA extract 2004,
"The European Space Agency's Mars Express orbiter photographed lava flows that must have occurred within the past two million years and imply, scientists say, that volcanoes on Mars might still pump molten rock to the surface now and then"
That Mars express would capture something, the chances are small. I just have to think that, if Mars is squeezable there could well be fire down below.
edit on 9-3-2015 by smurfy because: Text.

posted on Mar, 9 2015 @ 03:12 PM
link
This site is saying that scientists are putting it down to an optical illusion. But they don't give a source.

posted on Mar, 9 2015 @ 03:20 PM
link
Most likely an asteroid or meteor hitting the surface in my opinion. If I'm not mistaken they create mushroom clouds just like nuclear weapons do. It looks pretty large from what I can tell.

Either that or we are somehow testing nuclear weapons on Mars. I think the former is more likely though. Interesting nonetheless.


The contours of the canyons which formed the ‘mushroom cloud’ effect can be seen at the left of the Valles Marineris canyon in this image. Source: NASA Source 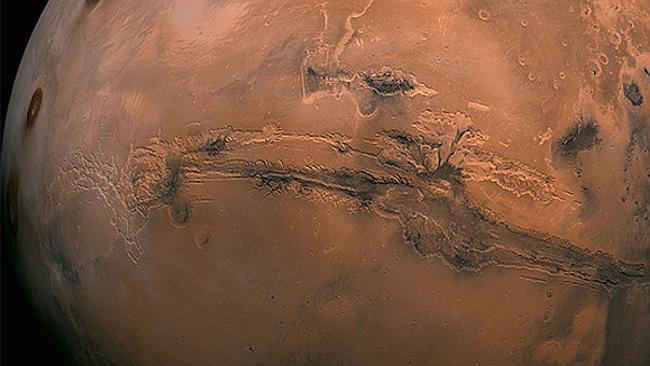 It’s an arrangement of light and shadow which we can interpret as being a mushroom cloud.
Pareidolia: The trick the mind plays where you see rabbits in fuzzy clouds.
“If you have a look at wide pictures of Mars, you can see the area of the ‘mushroom cloud’ with sunlight at a different angle, and slightly different resolution and angle — and it’s clear that the “cloud”, and “stem” are just areas of darker material on the surface,” Dr Horner says
www.news.com.au... -1227255077072


There's probably a certain ATSer going through NASA archives looking for an equivalent image from the same location. We could compare them.

link to earlier thread
edit on 9-3-2015 by aynock because: filled out

I posted in another thread about the matter today,which was shut down-I hope this one isn't.
I think it looks like volcanic activity-Mars has got some ancient mega volcanos,and it would not surprise me at all if this was a new active region of volcanic activity.

Just because a planet may look barren or dead-that does not mean there is not potential for tectonic or volcanic activity deep beneath the surface,which may one day break out through the surface.

Look at the IO,a moon of Jupiter as an example:

volcanism (volcanic activity) on the surface of Io.
Its volcanic activity was discovered in 1979 by Voyager 1 imaging scientists.[1] Observations of Io by passing spacecraft (the Voyagers, Galileo, Cassini, and New Horizons) and Earth-based astronomers have revealed more than 150 active volcanoes.

This was a massive find at the time,as scientists had never witnessed volcanic activity on other space bodies.

If this isn't a hoax,we may be seeing the awakening of volcanic surface activity on Mars.
Which is amazing,and maybe worrying if you see Mars as a war related planet as others have in history. Nice! Case closed people, it's not a mushroom cloud.

originally posted by: thesmokingman
My guess is a comet or meteor impact of some sort. I think that would make a lot more sense than a bomb of any sort.

That makes complete sense just judging by the way it looks but are there any experts that can weigh in on that theory?

originally posted by: Kandinsky
a reply to: aynock

Pretty much. Mind you, I think I would prefer Mars dressed in White and Gold, or is that Blue and Black, or, or Tan-urangfastic..Nah! not Tan-urang, nothing looks like that, except from millions of miles away, like here on Earth!
edit on 9-3-2015 by smurfy because: Text.

They're cleaning up and getting ready for NASA and private space companies to travel to Mars. They've got to destroy/hide all evidence of us being there before. It would kind of be a shock to get to Mars and find out that a secret space program had already been operating there for years.

originally posted by: stormbringer1701
it's the eludium Q36 explosive space modulator. I heard it was missing.


D'ya not mean the Deludium Q36? that's the modulator that managed to move a rock almost buried in sand onto clear bedrock..yuh see you just cannot trust pretty pictures at all at all.
edit on 9-3-2015 by smurfy because: Text.

originally posted by: Kandinsky
a reply to: aynock


where's the kaboom? there's supposed to be an Earth Shattering Kaboom?
edit on 9-3-2015 by stormbringer1701 because: (no reason given)

2D image and you've assumed you know the 3rd.

Don't assume, thats what retards and children do.