***A government crackdown on churches has Christians in Lake Worth, Fla., wondering if they live in the United States or the former Soviet Union.
Churches in Lake Worth, population 36,000, have been ordered to acquire a business license. As if the church has to get the government’s permission to preach and pray?
But wait. It gets worse, folks.
City officials were so concerned about one congregation that they dispatched a code enforcement officer cloaked in a hoodie to spy on a Southern Baptist church that was meeting in a coffee house.***

local gummint got nothing better to worry about? must be nice.

I know, I know, it's Fox News. Here's an alternate source

***The City’s actions are completely baseless. Lake Worth’s city ordinances specifically exempt churches and charitable organizations from needing a business license; state and federal law require local land use decisions to give equal treatment to secular and sacred assemblies; and the Free Exercise clause forbids government from prohibiting religious meetings. The coffee shop in which Common Ground Church meets has a business license, just as did the previous secular owner who hosted bands and similar gatherings.***

I just wonder who, exactly, complained about this, or is the local gummint using a straw 'complaint' to harass Christians.

Anyone would think organized religion is a recipe for global conflict.


OMG...is this really the USA?
Gummint can send spies into church because 'we need to know what they're up to'???

gummint has no business spying on anyone unless they have prima facie evidence of criminal activity. preaching that gay is a sin is not criminal activity (though they eventually might go after us on 'hate speech' laws--see, speech, freedom of)

do you really, truly think gummints are justified in sending spies into churches to record what they're up to? how about the Rotary? or the Shriners? maybe Delta Phi down at the college?
and remember, I work 4 DHS, so I'm all about gummint security!!!


OMG...is this really the USA?


Yepp, the same USA where the majority rule. In the entire country. In the states. In the counties. And even in the cities.

Obviously, there are people who have raised concerns.

So, that being said, either comply with their wishes, or leave the townshop. Kinda sorta simple, really.


Let's not make this difficult, shall we?

To be honest, I don't know what "gummint" is. Is it a type of adhesive?

Just one thing springs to mind...dinosaurs.

posted on Mar, 5 2015 @ 08:16 PM
link
Now they just need to start taxing them like any other business venture or property owner. Why should citizens have to pay for their (religious edifices) municipal services if they aren't members of the congregation? If you can't run your place of worship with the congregations donations then you should have to close your doors just like any other venture.
edit on 3/5/2015 by Kukri because: (no reason given)

You actually think a church doesn't pay for that? They pay all their bills just like everyone else.

posted on Mar, 5 2015 @ 08:24 PM
link
I live near the area - I would suspect the reasons are more revenue motivated then political or religious - lake worth is just south of palm beach, not exactly a bastion of the left.

No, they don't. They are exempt from property tax and the whole point of property tax is to offset municipal expenses for services.
edit on 5-3-2015 by Ksihkehe because: (no reason given)

posted on Mar, 5 2015 @ 08:48 PM
link
I wonder what they have been preaching...isn't it not allowed to turn the pulpit into a political stand and If the church does do this then they class them as a business?.
I dunno just going on memory.

originally posted by: ketsuko
a reply to: Kukri

You actually think a church doesn't pay for that? They pay all their bills just like everyone else.

Churches pay property tax? Not in Canada they don't. They usually don't have to pay for municipal water and sewer either when claiming charity status.

This seems to be about occupancy license and safety concerns from the city. From what I read the license will be waived once certain concerns are met.


There may also be a misunderstanding between them and the city but some groups would never let that go to waste to claim persecution.

this is america you cant just spy on people or make me register my religion or my guns or my thoughts and its not majority
rules its the constitution rules the bill of rights rules .........................darn nazis.....i dont have to tell or comply with crap
when it comes to my religion

remember you dont have to liek what i say
but we are supposed to fight to the death for or right to say it
edit on 5-3-2015 by sweets777 because: changed mind lol

originally posted by: sweets777
a reply to: nullafides


If it came to you...I'd be sitting with my ass engaging in a torrid love affair with the couch....

what your ass and couch do together is none of my concern
yeah ...............freedom
remember Jesus loves ya

To be honest, I don't know what "gummint" is. Is it a type of adhesive?

Just one thing springs to mind...dinosaurs.


Repillians? Watch out for the reptoid gummint. Day be wanting to take ur baby. And Religious tax cuts. How did they survive the Asteroid? Dinosaurs must be extra-terrestrials from another world. Running our taxes and applying laws upon the common man with their long necks and tiny scaly arms. Ruffling feathers all over the place.

Poor religion, I was hoping this would of hit a mega Church. But i think those are in line next.

A Florida pastor claims his religious rights were violated after city officials investigated whether his church had the necessary permits on file.
...
The city does not require churches or nonprofit organizations to pay a business license tax, but they are required to obtain a use and occupancy certificate – which officials use to ensure they don’t pose public safety hazards or break any local, state, or federal laws.

The city manager, Mike Bornstein, said the dispute is apparently based on some misunderstanding, because churches are not obligated to pay those fees.

They are, however, required to submit to inspections to obtain the use and occupancy certificate to ensure they’re safe for public use.

posted on Mar, 6 2015 @ 09:32 AM
link
When you have some of the most corrupted politicians in the nation, naturally they're suspicious of everyone. I think in the long run, this is just a way for them to get more money. The infiltration of a 'hoodied' individual is a bit much. Churches are known for their open door policy, no disguise necessary. 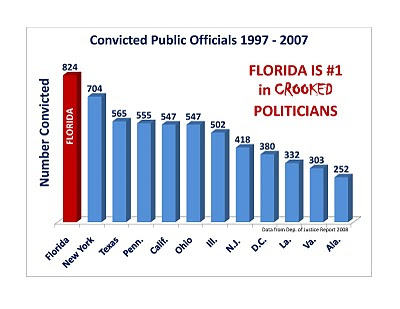 
And from what I've read, Lake Worth's commissioners are corrupt and change property zoning laws "at the flick of a bic", no doubt again, for financial gain.

More b.s. big brother spying on the wrong people. Wasting everyone's tax dollars and causing more people to wake up to their lies and manipulations.