A moon anomaly? or a processing glitch?

posted on Mar, 5 2015 @ 07:08 PM
link
Here is a weird looking formation on a crater i found in the book 'Lunar Orbiter Photographic Atlas of the Near Side of the Moon. I have a high resolution scan of the crater for people to view. 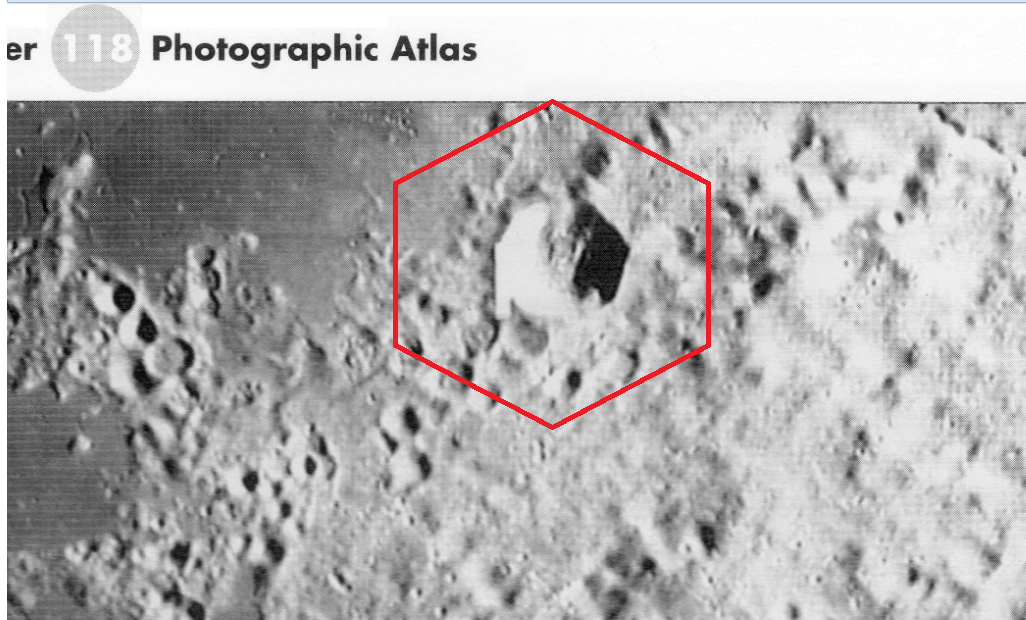 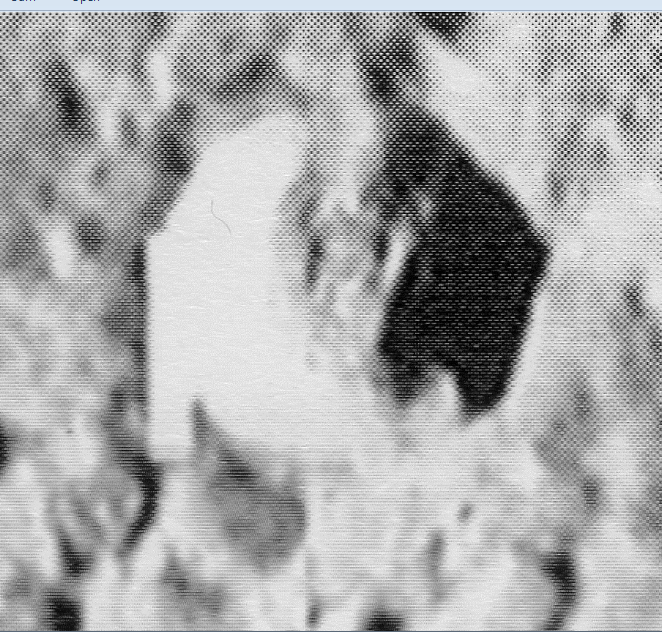 posted on Mar, 5 2015 @ 07:15 PM
link
I find them interesting to look at, hexagonal craters. You should look in Google Images, you'll see a couples, formed on many planets and moons of our system.

I couldn't say why I never looked at the "why" it was that way sometimes... lol

originally posted by: jamie6737
Here is a weird looking formation on a crater i found in the book 'Lunar Orbiter Photographic Atlas of the Near Side of the Moon. I have a high resolution scan of the crater for people to view.

Whats the long plank like object next to the crater, thats even more weird than the crater shape!

originally posted by: jamie6737
a reply to: VoidHawk

A close up would help Thats certainly an odd feature, have you seen it in pitcures from other sources? 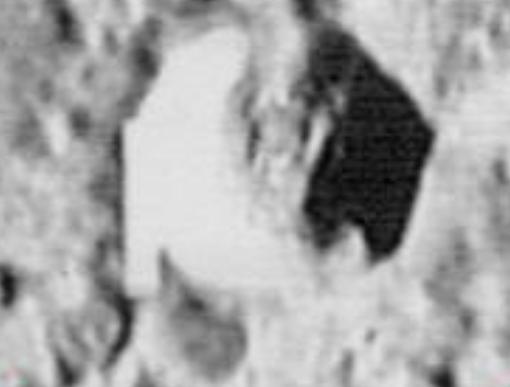 At first, I thought the "plank" like shape was a print on the page...

I'm downloading your big version now to see what it looks like on a bigger scale.

(a close up with reduced brightness); files.abovetopsecret.com...

I would love to see another view of this crater taken by another satellite or telescope to see if it showed the same thing - especially that rectangular feature. 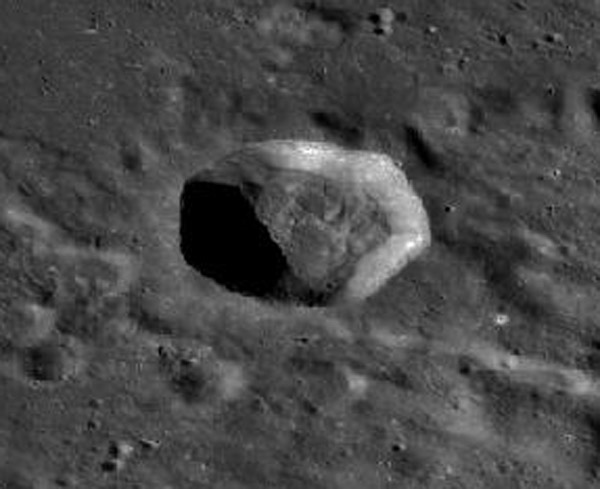 This crater ("Sharp B") is located at approximately -45E Longitude and 47N Latitude.

Even IF this photo has an explanation, when the existing strange Moon anomalies and odd photos are considered as a whole, it is fairly indicative something uncommon is, or was, there.

Whether alien, human or something else... no idea, but there are so many unsatisfactorily explained observations of that hunk of rock (or massive construction, heh) that it makes one wonder... a whole lot. 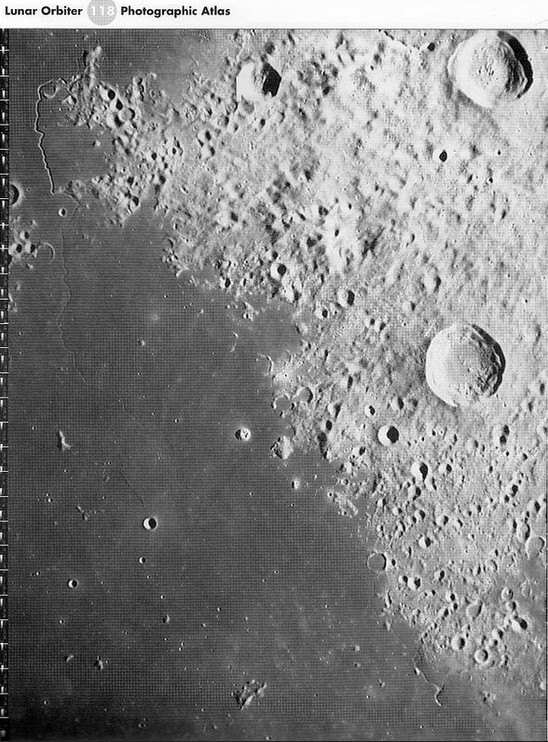 Matching the land marks, we can look at the area with the LROC Quickmaps: 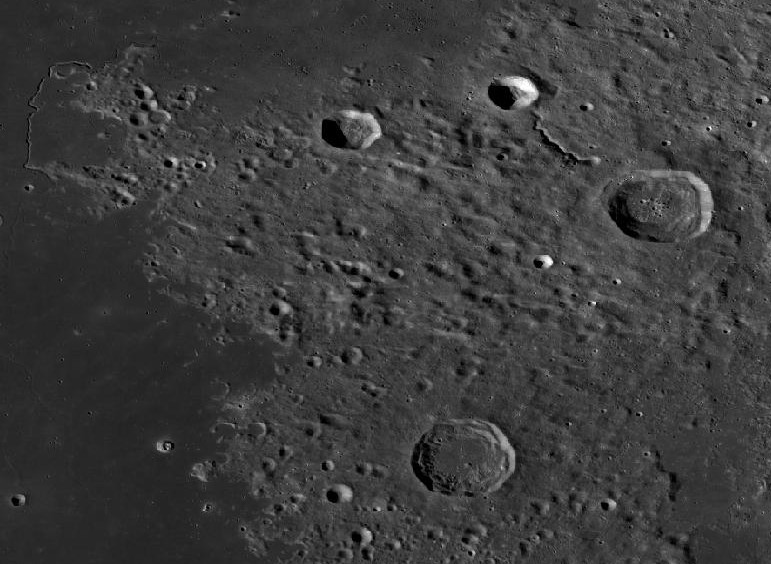 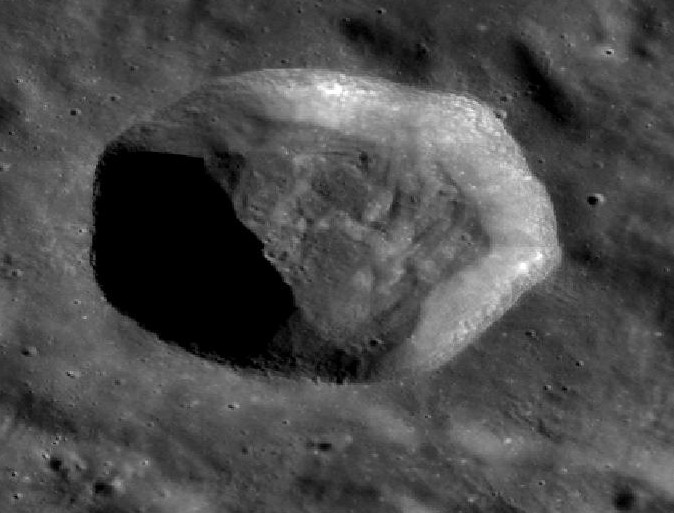 It looses quite a bit of the hexagonal shape.

It's about 7 miles wide.

originally posted by: Kukri
Unless I'm misinterpreting the shadows and illumination that's a dome not a crater. The plank shape is curious though. it doesn't look like pixelation.


You're misinterpreting. It's a crater, much like countless others. No "domes", sorry.

As for the linear shape on the crater rim in the first photo, I can almost guarantee it's an image artifact of some sort. I'm sure someone more knowledgeable than I on the subject will be along soon to clarify.


Edit: and it's not the hexagonal crater itself... it's the rectangular something on the left side of that crater... it would be on the upper side of the photograph posted directly above... right where that smeared, blurry area is... heh.

Here's a series of close-up very hi-res images of that area you say is blurred, stitched together to show the entire crater "Sharp B". By the way, the image I posted to which you were referring wasn't blurred -- it's just that the image was not he-res enough. This series of images stitched together one below are at a higher resolution:

And a hi-res close-up of where the rectangle was on that low-res scan from the OP: 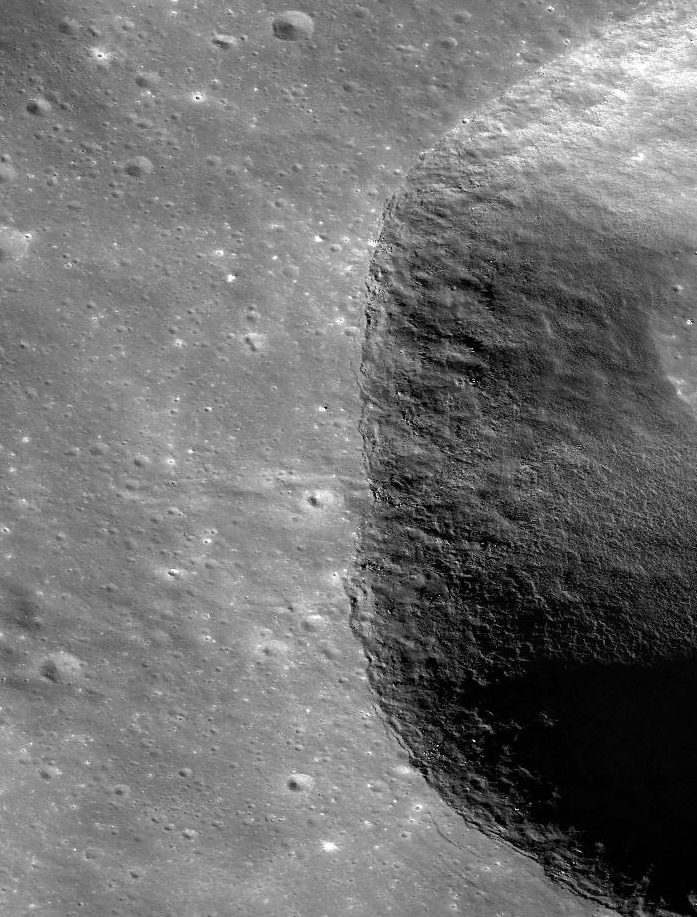 If you go to this link (below) of the LROC Quickmaps, and then go to the "equidistant cylindrical projection" map, you can zoom into that area where the OP's image showed the rectangle to a resolution of 50cm per pixel (which is about the size of a beach ball). This crater is at 47N Latitude and -45E Longitude:

posted on Mar, 5 2015 @ 09:07 PM
link
Someone above talked about other moons and planets with such defined hexagonal shape (perimeter lip of crater).

I have wild philosophies of my own about our solar system, its history, and current. .. for.instance, our solar system is occupied by a much grander intelligent group..but that is for another thread.

Some things ring strange about our moon; it's hollow and rings like a bell (lol), it has titanium source within/on it's landscape , and members here are well aware of other mathematical-precisional-anomoalies regarding Moon and it's journey with Earth..

I haven't read much replies on this thread yet, but i will wait for verification this was NOT a processing issue, as opposed to the actual craters geometry.

Yep you're right much more obvious in the other photographs. I see the anomaly is gone also. Dagnabit! Well maybe one of these days, I keep hoping!

Well basically the rectangular feature is not apparent in the other views, so one has to say some kind of photographic anomaly. Also the crater outline itself appears much less geometrical.

Just shows how deceptive some of these lower res images can be.

That's not to say I have not seen some very odd lunar anomalies posted before on ATS, some of those mikesingh posts are legendary!

Is it just my eyesight or does the pic 118 show what appears to be tracks of some sort going over the big crater on the right, near middle if pic?

However, here is a link to the original image: 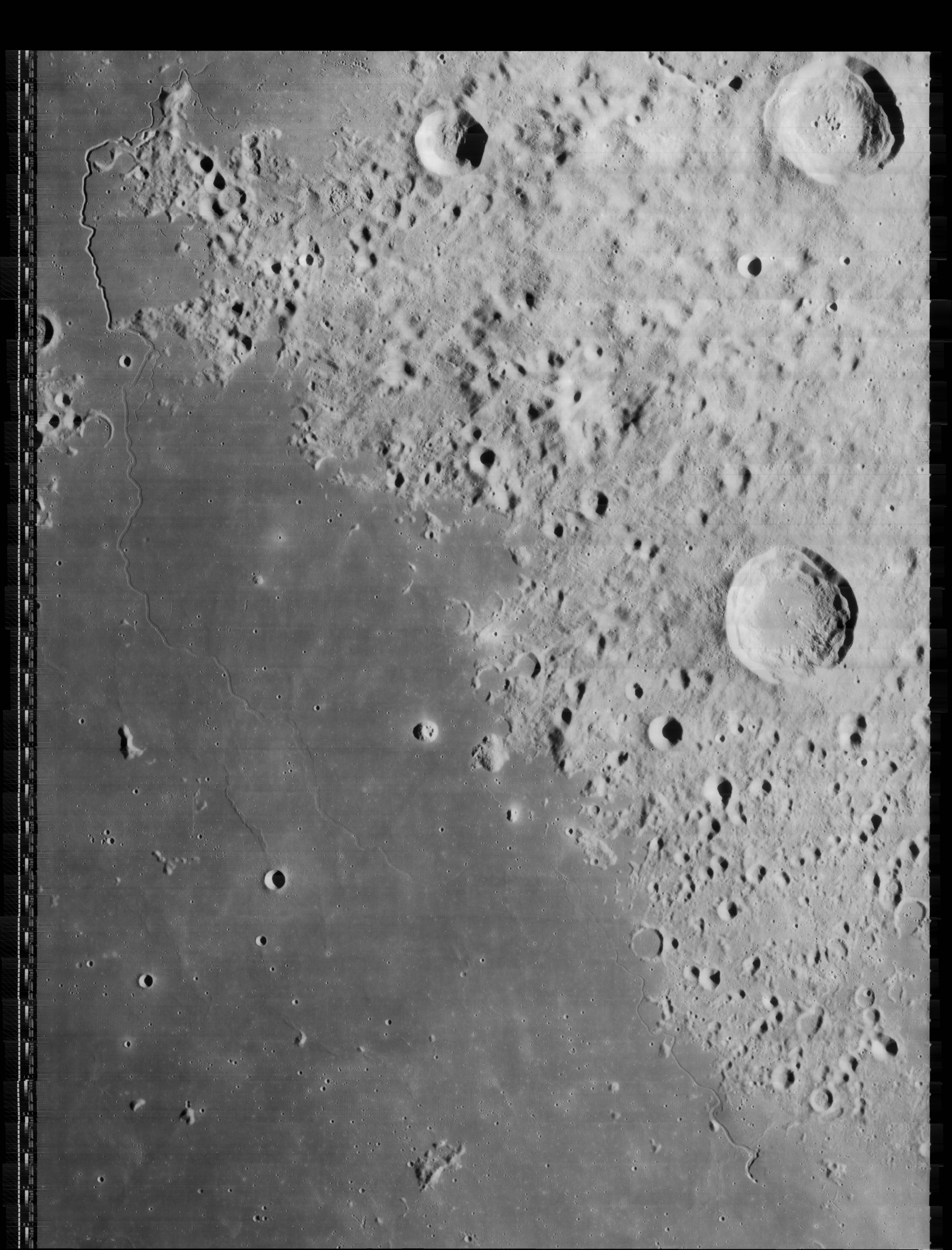 And the good news is that the original image size at that link is 2107 x 2766 so we can actually zoom in quite better than the scanned book image:

And as we can see, the OP's crater is not actually a hexagon.

As for lines looking like RR tracks: if you're talking about the horizontal lines across the image, that is from the processing of the image.