North Korean leader Kim Jong-Un has urged his army to prepare for war with the United States and its allies, state media said Saturday, as Pyongyang ramps up the rhetoric ahead of US-South Korea military drills.


If I had a dollar for every time Kim Jong Un declared war on the US well...

I'm at work and have to keep it short. The story is only being run by the most prestigious of media outlets. /sarcasm

Now to rally the troops! 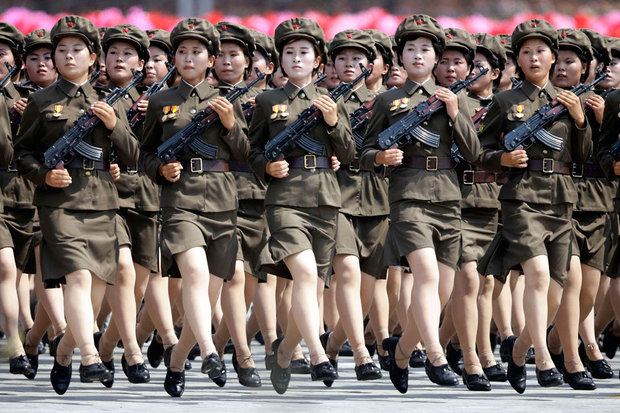 "The prevailing situation where a great war for national reunification is at hand requires all the KPA (Korean People's Army) units to become (elite) Guard Units fully prepared for war politically and ideologically, in military technique and materially," he said, according to the Korean Central News Agency. 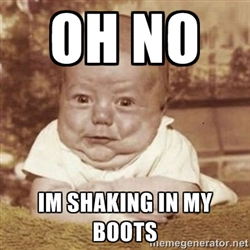 Please help me! With the ever increasing threat of ISIS and now North Korea, there is nothing left to hope for. When the two most scary villains on the planet threaten the US in tandem, we might as well cut off our own heads and send them first class.

I would say that I'm getting tired of the country's empty threats, but I'm not. The force of King Jong Un is equal to the breeze a mosquito makes while its hovering around your head. An old dusty record stuck on repeat, still trying to sound relevant amongst today's hits. Give it up Kimmy. 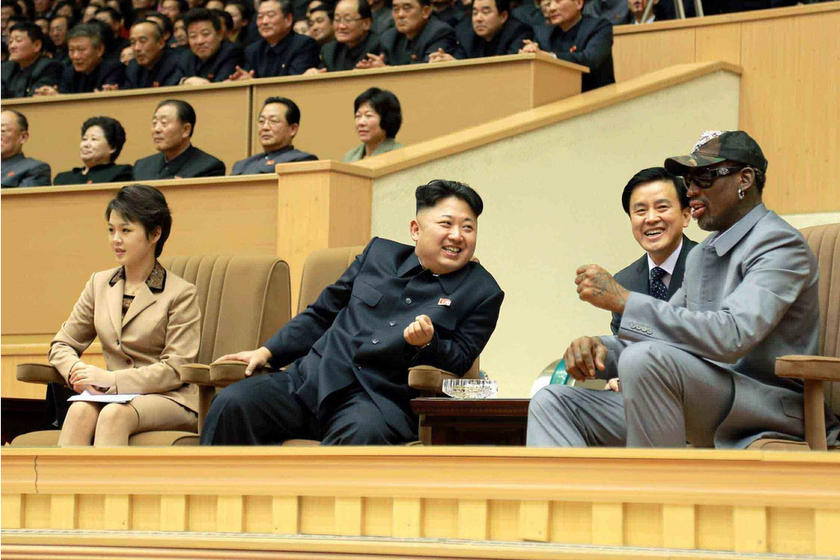 Hey Dennis, what do I say next?

"Tell them your going to mess with their flag."

Kim reportedly told the army to train to "tear to pieces the Stars Stripes."


I wonder if he realizes that most of our flags are made in China!

posted on Mar, 5 2015 @ 09:32 AM
link
Yeah Kim Jong Fat does a lot of smack talking and throwing temper tantrums. He knows he doesn't want a real war with the US.

The US doesn't have to step a foot on North Korea soil to claim victroy. They can launch air attacks/ Cruise missles/ Bombings 247 for the next 6 months.

The US virtually has an unlimited supply of munitions that would make Kim Jong McFatty throw in the towel after the first week.

This is a satire thread! 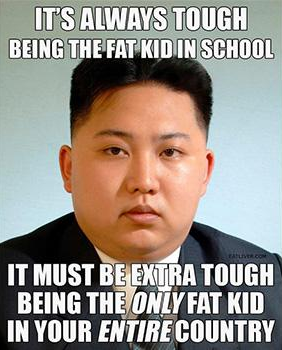 originally posted by: eisegesis
a reply to: 4N0M4LY

This is a satire thread!

My mistake lol. Still had to point out the stupidity of Kim Jong McFatty. Where the heck is CPS when you need them.

I delight in the satire

posted on Mar, 5 2015 @ 09:44 AM
link
When it happened the first time I thought he was just mad.
Then I spoke with a S-Korean friend and asked her about Kim.
She said 'not to worry, he does that every year and nobody takes him seriously'.

Seriously though; to myself, north Korea is just by design, and meant to have an image and perception of unpredictable and scary. ..

Whenever there is no boogeyman, or no bull# news to distract, north Korea is ordered to make empty threats to startle and keep people in states of fear or such. .

The earth is a chessboard, the nation leaders are the players, and we are the audience being hypnotized.

I mean, look how fair their missile program has come.

Uh oh. I think we need to call them to the nuclear peace talks table and negotiate. That missile has an incredible range! 0.o

originally posted by: ScientificRailgun
We better be careful, NK might make good on their threat to turn the US into a Nuclear Wasteland.

I mean, look how fair their missile program has come.

posted on Mar, 5 2015 @ 10:11 AM
link
Little wimpy overweight guys like that , just like anyone else, do not like to be picked on, yes he deserves it. Thing is, those types take it very hard and it sticks and can drive them mad and he was mad anyway. That guy apparently just likes to threaten and that's good if that's ALL he does, I wouldn't want to risk not one innocent life here or there because of that fool. Dennis Rodinman is a confused person, its obvious there is some type of attraction between those two instead of basketball and that would be ok except Jong is a bad freak instead of a good freak. Im sure there are some people there that hate him and know he has a butthole.
edit on 5-3-2015 by Foderalover because: (no reason given)
edit on 5-3-2015 by Foderalover because: (no reason given)

"Remember, the more yelling and clapping, the higher it goes!"

posted on Mar, 5 2015 @ 10:20 AM
link
It's all fun and games but don't forget NK IS a country with legitimate nuclear weapons. Seoul would be devastated and millions killed if war did break out. What's scary about NK is hiw brainwashed a human being can become under tyrants. It's only a matter of time before China becomes a global super power. America is waning. It may not happen in my lifetime but if you think young American kids now will have an advantage over young Asians you're nuts. While American parents are obsessed with sports Asian parents are obsessed with math and science. Right now Americans are living off the fumes of generations past. Indians, Asians are far outpacing American kids in academics.

Thing is, those types take it very hard and it sticks and can drive them mad and he was mad anyway.

It's all fun and games but don't forget NK IS a country with legitimate nuclear weapons. Seoul would be devastated and millions killed if war did break out. 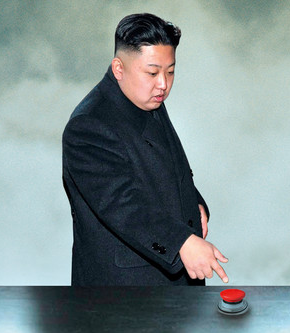 Go ahead, say it one more time.

Your Seoul is mine!!!

originally posted by: crazyewok
Aww little kims upset everyone attention on ISIS and Israel and not on him

posted on Mar, 5 2015 @ 10:40 AM
link
What does the idiot really thing he is going to do against the US, at what point does he or his generals think they have the power to overthrow a country like the US. It blows my mind the stupidity

originally posted by: eisegesis
Now to rally the troops!

Damn right it's time to rally the troops! I'm needing some conquering right about now!

Uh oh. I think we need to call them to the nuclear peace talks table and negotiate. That missile has an incredible range! 0.o 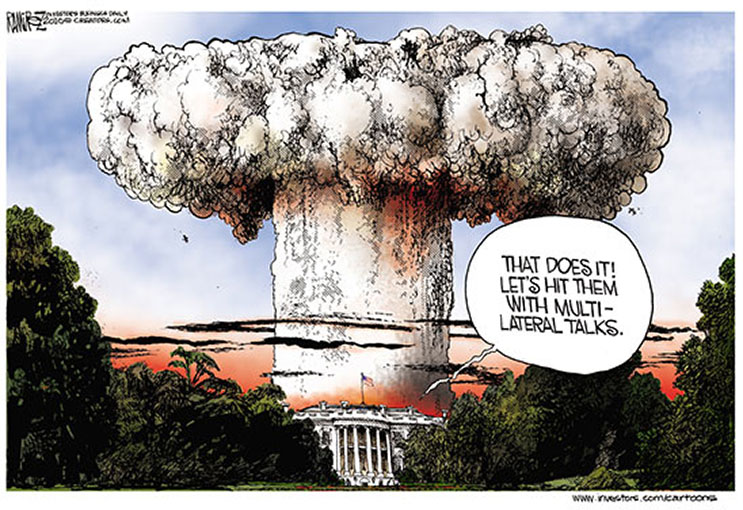