common sense, and if you cant understand that then what is the point?

That's ridiculous and basically just means you're making it up.

How do you expect anyone to take what you're saying seriously when you can't even back up your own statements?

posted on Mar, 5 2015 @ 02:58 PM
link
I love the freedom of movement, it allowed me to go and work in Luxembourg for 5 years as an unskilled worker. However to get my residents card I had to take my work contract and proof of somewhere to live to register. Why can't we have this policy in the UK. I also don't understand why we pay child benefit to children not resident in this country.
edit on 5-3-2015 by WilsonWilson because: (no reason given)

posted on Mar, 5 2015 @ 03:02 PM
link
a reply to: grainofsand i never said muslims. I dont blame the immigrants. I blame the government and political correctness and the british people for being so trusting and so sheepish.
However if the systematic gang raping of our children does nothing to wake the masses then it looks like im going to have to convert to islam.

posted on Mar, 5 2015 @ 03:03 PM
link
a reply to: WilsonWilson
I agree, that is probably the real issue, but different benefit rules for EU nationals is against EU law right now, and any political party suggesting the same benefit rules as say Poland or Czech now they wont get elected.
It's either tighter benefit rules (contributory based) or end the free movement.
I choose end free movement. If you had something to offer Luxembourg then they will still take you, just not labouring on a building site and taking Child Tax Credits from day one off the bus.

originally posted by: Kram09
a reply to: disregard


what is embarrassing is you can not understand the term/ self preservation society
common sense, and if you cant understand that then what is the point?

That's ridiculous and basically just means you're making it up.

How do you expect anyone to take what you're saying seriously when you can't even back up your own statements?


what is embarrassing is you dont understand the term " self preservation society"
I dont care if no one takes me seriously but i know the truth when i read it and so can most intelligent people. Lies will not work forever
edit on 5-3-2015 by disregard because: (no reason given)

originally posted by: disregard
it looks like im going to have to convert to islam.


Good luck with that, I think all religions are BS.

I worked in Luxembourg about 10 years ago, have the labour laws changed since then?

originally posted by: Tucket
a reply to: kayleighkitty
ATS should have a children's forum..

Ill see you in there.

Or an idiots forum.... or a troll forum

posted on Mar, 5 2015 @ 03:18 PM
link
a reply to: WilsonWilson
No, free movement of labour laws with us and Luxembourg haven't changed since then, just more countries have become members of the club.
I could move to Poland and work but there are no "in work" benefits I can get without a period of paying in to the Polish system first for a year or so. The UK provides "in work" and "out of work" benefits from day one, which is why Eastern Europeans find the UK an attractive place to live because their countries don't offer the same.
The UK is prohibited by EU law from denying EU nationals the same benefit rights as UK nationals.
The solution is create a similar harsh benefits system such as found in Poland and Hungary, or stopping the free movement of unskilled EU labour in the UK. It is a difficult one of course, but I choose stop the free movement of unskilled labour.

*Edit*
I'll throw something else into the mix as well, I've been told by loads of Polish folk that they wanted their children born in the UK and getting a UK passport because it's harder for Polish passport holders to get into the US than UK passport holders, with visa waivers and the rest of it.
I don't personally condemn them at all, it's a good plan and I'd probably do the same, but let's accept the reality of targeted immigration. Too many naive folk in this world if you ask me.

...and on-topic, it's probably deemed politically incorrect for me to point any of that out.
edit on 5.3.2015 by grainofsand because: (no reason given)

Come to America baby we'll take care of you. Islam will never out number our Anglo Saxon/ Celtic blood lines here I can promise you that.

And that's a good reason i love America and love living here.......pride in who and what you are.

Come to America baby we'll take care of you. Islam will never out number our Anglo Saxon/ Celtic blood lines here I can promise you that.


People that take "facts" from fox news will fit better over there.
edit on 5-3-2015 by crazyewok because: (no reason given)

I guess I'm no longer white anymore. My blood is impure.

posted on Mar, 5 2015 @ 04:46 PM
link
a reply to: crazyewok
Well if there were Muslim peado rape gangs targeting white kids over here they would have all been in body bags long ago and rightly so.


originally posted by: kayleighkitty
Fox news are my favourite news programme!
They say it as it is! 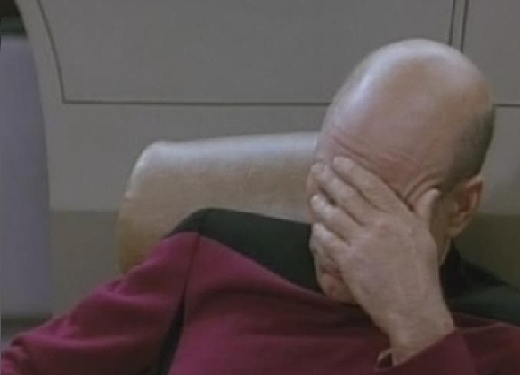 I didn't even know we even got that garbage here in the UK.

This is whats happening to UK education......

Is it safe to admit we're getting trolled yet?


Is it safe to admit we're getting trolled yet?


Yep.
I'm surprised so many are rising to it.


Is that you , uninfluenced ?


originally posted by: disregard
a reply to: theMediatorthe abuses in rotherham was caused by political correctness. So what are you on about?

No they weren't, they were caused by depravity and a failure to recognise the sanctity and equality of human life, by an alien culture that is even now encouraged to do as they wish.
The failure of the authorities to act on such industrial abuse was down to fear of being labelled racist. That's how it is in the UK.
You are yet another hand wringer who cannot see the real factors behind such barbarity.


yes it was, it was in the report and david Cameron has repeatedly said the abuse was allowed because of some warped sense of "political correctness"
Why do you lie?

No it wasn't. WTF is wrong with your synapses? The abuse was not allowed, it was disregarded, please show proof of permission otherwise.

You believe Cameron yet accuse me of lying? Where is your ability to think independently? You have a lot to learn.