posted on Mar, 5 2015 @ 07:23 AM
link
from CNN
Not new tech so to speak but I saw no thread on it and feel that due to recent news from HP creators of the MEMRISTOR that they will release a new type of computer based on that technology. According to plans, it will launch by 2020. If the computer works which im sure it will it has the potential along with the open worm project to create A.I.
and according to leading Scientific theorists such as professor Stephen Hawking possibly the end of mankind as we know it.....
A humble roundworm is leading the race in artificial intelligence, showing that it may be possible one day to upload our brains to a computer. 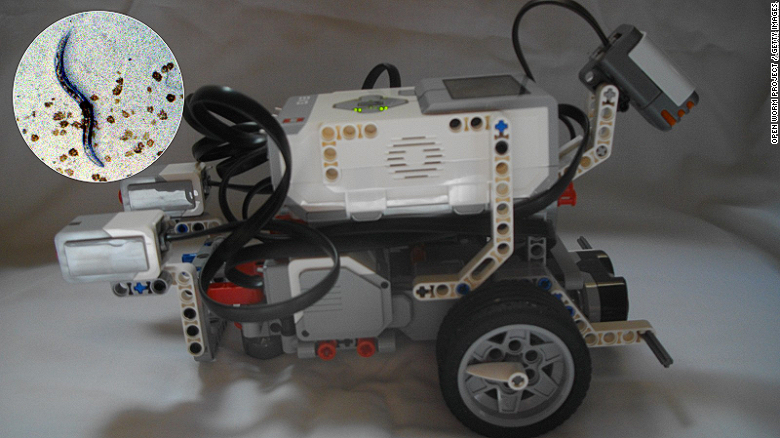 research brings together scientists and programmers from around the world with the aim of recreating the behavior of the common roundworm (Caenorhabditis elegans) in a machine.


The open source project recently had its first major breakthrough when its software -- modeled on the neurons of the worm's nervous system independently controlled a Lego robot.The machine's sensors, without any prior programming, made the robot behave in a similar fashion to C. elegans, approaching and backing away from obstacles or stimulated by food.


Extending the connectome of C Elegans to a robot, displays behaviors we observe in the living organism and allows researchers to study the connectome from sensory input to motor output in real world environments.

While the developers say it will be some time before the Lego bot will be avoiding predators or searching for a mate, scientists say the project shows that artificial intelligence, or AI as it is known, is coming out of the realm of science fiction.

"We've been working on it for four years and while we have a lot more to achieve it's been the most surprising project I've been involved in," project coordinator Stephen Larson told CNN. "It's certainly exceeded my expectations."


With the worm's nose neurons replaced by a sonar sensor and the motor neurons running down both sides of the worm replicated on the left and right motors of the Lego bot, the robot could emulate the worm's biological wiring.

Larson said that while the open source project is still awaiting peer review, and the scientists and researchers in the experiment are reluctant to make any bold claims about how closely it resembled biological behavior, the result were nevertheless impressive.

So there you have it ATS..as Professor Hawking suggests are we headed for certain DOOM ..OR do you see it in a different light?

Nice, at least it's a step.

Though I doubt a lego machine with the mind of a worm will end humanity. There is a huge rift yet to cross between mimicking the behaviour of an invertebrate and actual independent abstract thinking. 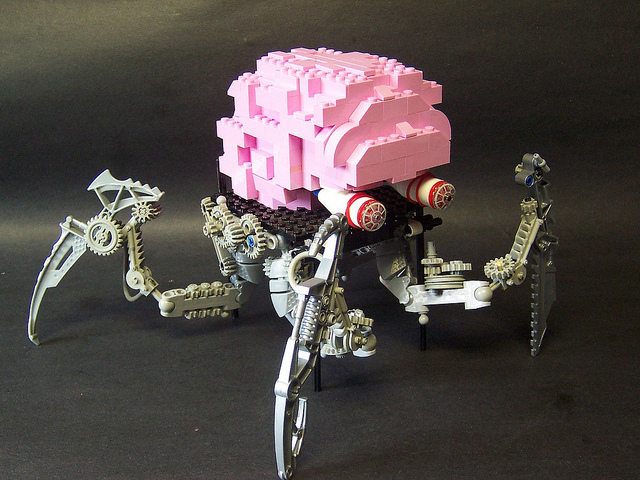 Now this guy is a bit more threatening right? lol I know it is in its infant stages but who know where it could lead.
edit on 3/5/2015 by DjembeJedi because: (no reason given)

I am blaming this inability to comprehend this thread due to it being only 5:50 am here. I will have my coffee and attempt later.

originally posted by: Ultralight
I didn't get past the title of the thread without scratching my head. Huh?

I am blaming this inability to comprehend this thread due to it being only 5:50 am here. I will have my coffee and attempt later.


Long story short: they mapped the mind of a worm, yes an actual worm, and they copied this tiny mind into a robot's software. So now the robot emulates the behaviour of a worm.

Thank you for interpretation! You saved me from a self inflicted migraine.

Question: Why a worm?

…and they copied this tiny mind into a robot's software. So now the robot emulates the behavior of a worm.


Not so much copying as mimicking, software is not biologic in any sense of the word.

Question: Why a worm?


Because a dalek was not available...

Seriously though: I believe they chose a worm because it has such a low complexity. They start with something simple and hope to climb their way up.

Why not a Jelly Fish?

When they’re damaged or hurt, the jellyfish spends three days returning to its polyp stage and eventually becomes an adult again. Kubota says that the jellyfish, though primitive, share more genetic data with humans than they do with things like insects or worms, which means that, if he or someone else is able to understand how they’re able to reverse the aging process, the same theory might be applied to humans.

But... Of what use would a jellyfish's mind be to a machine body that can never regenerate?

> Of what use would a jellyfish's mind be to a machine body
> that can never regenerate?

I remember reading that someone was working on a way
to transplant the human mind into a Jelly fish... can't
find the link now... but here are few other fun ones:

They may look like a completely alien species in our eyes, but new research suggests that our brains share a surprising link with sea anemones and jellyfish.

Scientists have discovered a key evolutionary spurt that allowed animals to develop complex brains occurred in a common ancestor we share with the brightly coloured sea creatures.
www.dailymail.co.uk... a-anemones.html


Jellyfish can shut down power plants

After reading Gwynn Guilford’s article, “Jellyfish Are Taking Over the Seas, and It Might Be Too Late to Stop Them”, we can quite easily come to the conclusion that jellyfish will cause the end of times. Forget zombies. Forget robots. Forget aliens. Jellyfish will bring on the apocalypse. The Oskarshamn nuclear power plant in Sweden provides 10% of the country’s energy and it had to be shut down because blooms of moon jellyfish were clogging the cooling system. (A bloom is a population explosion of jellyfish.) Incidents like this have happened to power plants all over the world. Because the jellyfish population is constantly increasing, it can only mean more power plants will constantly be at risk.