The weird quantum behavior of light, captured in a lab

posted on Mar, 4 2015 @ 03:54 PM
link
Here's some cool stuff. Apparently a lab in Switzerland has captured the dual nature of light that is shown in the Doublt-Slit Experiment.

THE WEIRD QUANTUM BEHAVIOR OF LIGHT, CAPTURED IN A LAB 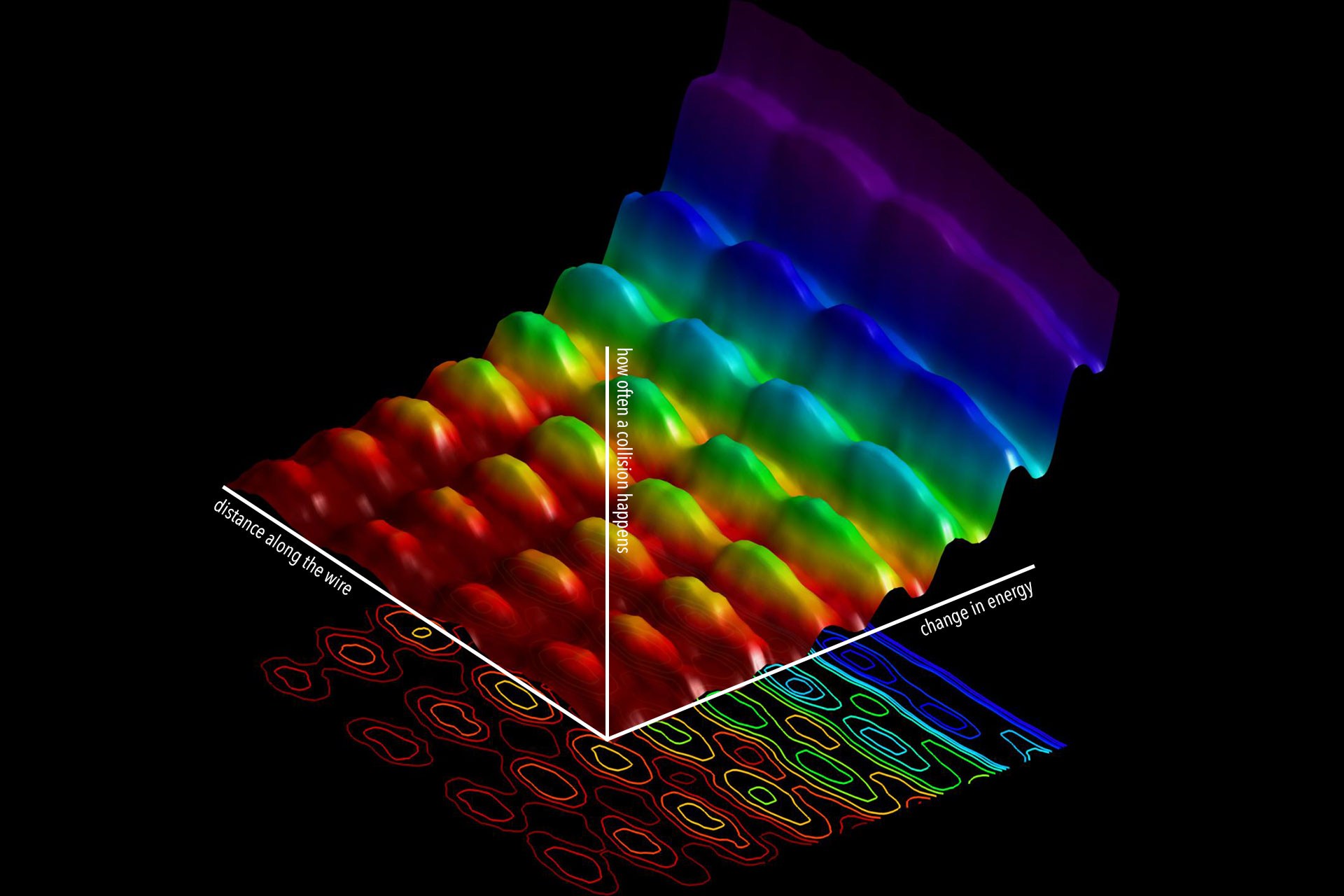 SUBATOMIC PARTICLES—PHOTONS, LET’S say, or electrons—sometimes also act like waves. And waves sometimes act like subatomic particles. It’s weird. It’s also one of the fundamental tenets of quantum physics…and now, for the first time, scientists have taken a picture of that duality at work.

Other experiments have confirmed this two-faced behavior. As far back as the 19th century, physicists learned that if they shined a dim light—which is to say, few photons—at two super-narrow slits, a screen on the other side shows that photons go through one or the other. But crank up the amount of light, and the screen shows alternating dark and light bands, the interference patterns of waves crossing each other. The same thing works with lasers. “However, all of these experiments have exposed these two things not at the same time,” says Fabrizio Carbone, a physicist at the École Polytechnique Fédérale de Lausanne in Switzerland. But in the new experiment, Carbone captured both wave-like and particle-like behavior in one shot.

The picture isn’t exactly a photograph. It actually shows light trapped inside a 40-nanometer wide length of silver wire. Carbone’s team blasted the wire with electrons, which means one of two things would happen: Either the light field in the wire would kick some energy into a colliding electron, speeding it up, or the electron would pump energy into the light and slow down. So the speed and location of the electrons actually tells you where the light is in the wire and whether it’s taking or giving energy.

So in the image, the axis pointing toward the left shows peaks and valleys of the light trapped in the wire. That’s wave-like behavior.

But in the axis going off to the right, you can see energy imparted to the electrons. Now, light only gains or loses energy in discrete amounts (those would be “quanta”). In light’s case, that amount is a photon. Bumps along the rightward energy axis are individual packets of energy the electrons got from photons. In other words: particle-like behavior.

Keep in mind that this is stuff that scientists aren't exactly keen to confirm because it can't be adequately explained yet. So to any would be science deniers reading this, here is an example of scientists following evidence that leads them in directions they didn't necessarily agree with.

The fact is, every object has wave-like properties—even you. From a physics perspective, you’re just a big particle with a super teeny tiny wavelength. Call it 10-26 nanometers, give or take. That’s too tiny to measure. But as a particle gets smaller, its wavelength gets bigger. Down at the subatomic scale, wavelengths are about the same size as the particle itself. It’s a basic property of the universe, and it’s where duality comes from.

If that seems disqualifyingly weird to you, you’re not alone. Physicists accept that wave-particle duality is true, but that doesn’t mean they like it. Having a picture of the thing happening makes the medicine go down a little easier. “Although you’re sure that the theory works and it should be like that, it’s rather disturbing—at least to me—not to have the experimental evidence,” Carbone says. Just because it’s weird doesn’t mean it’s wrong.

All interesting stuff nonetheless.
edit on 4-3-2015 by Krazysh0t because: (no reason given)

Dang. I didn't see it. Well we can close this one then.

Please add further comments to the above thread.