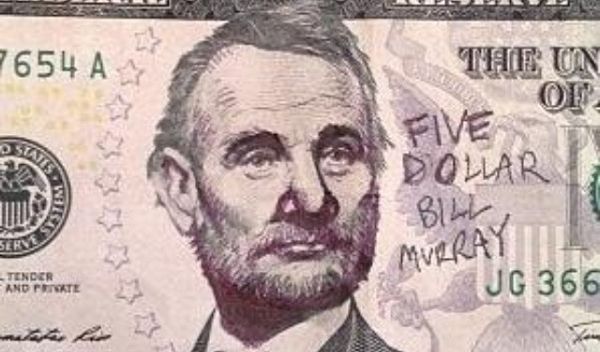 This is our Canadian $50 bill, and doesn't Sir William Lyon MacKenzie King look a lot like William Shatner? Honestly...If NASA had any balls, they would inter him in a titanium coffin on board the next cargo mission to the space station, aim him toward the nearest habitable exo-planet and give him a good push off!


originally posted by: Thecakeisalie
What a bunch of buzzkills. The mint should issue a commemorative note.

Not for Nimoy. The one is the Loonie. The two is the Toonie. That coin would have to be a Scottie... just for continuities sake.

No it's a Vulcan hand signal that means "Live long and prosper"
Nanu nanu, shazbot I thought everybody knew that.

posted on Mar, 5 2015 @ 02:26 PM
link
Do the founding fathers count as politicians?
You know, because Abraham Lincoln is already pretty homely.

posted on Mar, 5 2015 @ 02:29 PM
link
I think that was just a crime of opportunity. Put a white wig on him and he'd look a lot like George Washington. No disrespect intended.

originally posted by: AutumnWitch657
Do the founding fathers count as politicians?
You know, because Abraham Lincoln is already pretty homely.


Yes they do but not Canadian politicians.

posted on Mar, 5 2015 @ 04:05 PM
link
Well if we ever get one of those 5 Dollar Notes we sure as heck will be keeping it for the laughs and more importantly the memories of a great Television series.

posted on Mar, 5 2015 @ 05:29 PM
link
I cannot understand why something like this is not illegal. I could have sworn that it was illegal to deface or destroy currency in the United States, and thus I assumed most countries would have similar laws. I get bills every once in a while that have writing on them, but this has declined over time. I cannot recall having ever seen someone drawing something on a bill here in the US, but I'm sure it happens. I've got some counterfeit bills in the past as change too. This has never happened where I live in Texas, but I've gotten some up north, the last one being in NYC.

Here in the UK it is technically illegal to deface our banknotes according to the Bank of England.

However - Banksy of England had other thoughts.


I cannot understand why something like this is not illegal. I could have sworn that it was illegal to deface or destroy currency in the United States, and thus I assumed most countries would have similar laws.


Not really, we have laws so you can be incarcerated at the government's whim at any time.


I probably break 3 laws a day that I am not aware off.

Thanks for the guess , and there is some resemblance to Mel there but think sci-fi author who took his fantasy a tad too far (provided I'm correct of course)

posted on Mar, 6 2015 @ 01:26 AM
link
The USA's defacing currency law is generally only enforced when it comes to destruction of currency. It used to be mainly seen when someone would solder a bunch of indian nickels into a belt buckle. Now days, I suspect the US is more concerned with the fact that the base money our coins are made of is worth more than the coin, itself.

This has been done for years. They are only just realizing it.

It was being done with even the old 5 dollar bills. Idiots!