The word 'faith' sounds a lot like the word 'fate'

I got a letter in the mail today. It means that I am about to put 15 years of faith, fate and belief to the test. If you would want to know what kind of power I am up against just google "vernice kuglin" or "kuglin irs".

That's right. I am up against the faceless IRS. The same IRS that uses facsimile signatures and pseudonyms on it's paperwork. (Didn't you know that the IRS was allowed to use fake names and fake signatures? You do now!)

Spiritually minded I am following my inner guidance. For 15 years I have been following my own spiritual road... my spirit has finally brought me here.... to this very moment of my destiny which just happens to be the same thing as a test of my faith.

And I am not afraid. I have followed my spirit through all the phases of my life and it has always brought me the best, the hardest and the warmest moments to my soul. How should I deny my spirit now - in the face of total financial destruction??

If I denied my own spirit right here right now then I would be the same guy who denied Jesus. I would be a Judas figure in relation to my own destiny. I would be a betrayer to my true self. That is something that I cannot and will not ever do.

So then. I have this little existential battle coming up. I am going to wage war, a jihadi war, to cleanse my soul of this faceless threat. I have real faith in knowing that I have faced such battles before.. in the corporate world and in the darkened courtrooms of justice... I survived it.

That's right. I survived it before and I am going to survive this one, too. I don't question god or fate or faith.. I practice my destiny.

Good luck with that! I suggest you find a good lawyer!

posted on Mar, 4 2015 @ 02:29 PM
link
Well, the word black also sounds a lot like the word back, but that doesn't mean I think it's a coincidence. And record and record missed being the same by an accident of pronunciation.

I wouldn't base my fight against the IRS on linguistic and etymological vagaries especially where the English language is concerned.

Good luck with that! I suggest you find a good lawyer!

I've got a very good advocate who helps me on technicalities but due to the nature of the conflict he cannot openly represent me nor would I ask him to - because it would put himself in jeopardy of retaliation. I have to face the Goliath alone. Thanks for your support!

originally posted by: Prezbo369
Plate sounds like fate, and it sounds like you've got a lot on yours.

Nice analogy. I am going to share my meal with Goliath and become best buddies. I am excited to see what is for dessert

posted on Mar, 12 2015 @ 12:14 AM
link
It's kind of like a chess match. Certain sacrifices are made in order to gain another advantage. It's also like a poker game... a lot of bluff and huff and puff. Timing is everything.

posted on Mar, 20 2015 @ 01:00 AM
link
It seems that I am in a bit of a certified mail holding pattern right now. Could be another glitch in the system. I had offered to bring my IRS correspondence down to the local Taxpayer Advocate office but they were unable to accommodate my request. They used the word "frivolous". Oh Well, 15 years is not a frivolous glitch it is a serious bug in the system. The code has errors in it, specifically Title 26 of the United States Code. The Internal Revenue manuals showed me how to execute the proper sequence of correspondence that was used to manipulate and reprogram the system into a sort of "sleep mode" year after year for 15 years.

But this year I did something different. I stopped responding to their computerized certified mails which triggered a sequence of events at the IRS computer hubs in Ogden and Fresno, which has resulted in certain snail mail to be sent to my employer for *gasp* garnishment of wages. Was I surprised? No, I was not surprised. My main goal now is to simply document the process - as it takes place - already I have set some traps that were triggered that have to deal with third-party disclosures and mail fraud.

Any third-party disclosures or mail fraud should have a good faith defense... I have not outright accused anyone of mail fraud just gave notice to certain parties to the statutes www.law.cornell.edu...

In my ultimate defense is the Supreme Court decision Federal Crop Insurance vs Merrill
supreme.justia.com...

Whatever the form in which the Government functions, anyone entering into an arrangement with the Government takes the risk of having accurately ascertained that he who purports to act for the Government stays within the bounds of his authority. The scope of this authority may be explicitly defined by Congress or be limited by delegated legislation, properly exercised through the rulemaking power. And this is so even though, as here, the agent himself may have been unaware of the limitations upon his authority.

That is what it comes down to. Fake signatures, fake names and mail fraud. I have been in those darkened courtrooms, I have followed my instincts and prevailed, walked away, and saw the corrupt judges lose their careers.

The 4th Amendment says that no one can be coerced to confess against themselves. Anyone who has signed a US tax form under penalty of perjury has waived their 4th Amendment right against self incrimination. I haven't signed these confessions for 15 years. I was surprised when the IRS taxpayer advocate refused to discuss the subject. Anyway, I now have them on the record as being uncooperative which is to my ultimate advantage.

posted on Apr, 3 2015 @ 12:14 AM
link
There was a need for me to wait for certain timers to expire and for certain parties to execute according to the prescribed procedures. And yes, mail fraud is involved. Legally, it is important to verify signatures but technically it is required. If a party executes an action on behalf of another party based upon a fraudulent signature then the party who is acting may be liable for damages which is based on the doctrine espoused in Federal Crop Insurance vs. Merril (1947) supreme.justia.com...

It is pretty clear,

Whatever the form in which the Government functions, anyone entering into an arrangement with the Government takes the risk of having accurately ascertained that he who purports to act for the Government stays within the bounds of his authority. The scope of this authority may be explicitly defined by Congress or be limited by delegated legislation, properly exercised through the rulemaking power. And this is so even though, as here, the agent himself may have been unaware of the limitations upon his authority. See, e.g., Utah Power & Light Co. v. United States,243 U. S. 389, 243 U. S. 409; United States v. Stewart,311 U. S. 60, 311 U. S. 70, and see generally 74 U. S. 7 Wall. 666.

posted on Apr, 6 2015 @ 12:55 AM
link
Ouch. That first wage garnishment was kinda like a drug crazed, machete wielding assassin trying to chop off all my limbs. At this point I am asking myself out-of-the-box questions like : What would Ben Franklin do?

posted on Apr, 6 2015 @ 01:05 AM
link
It comes down to that you cannot be compelled to testify against yourself which is a 4th/5th amendment deal. As long as you use that argument the IRS cannot condemn you as a tax protestor, evader or criminal. But they will use illegal processes such as mail fraud www.law.cornell.edu... to trick third parties into a conspiracy to confiscate your rights to property.

That is what a wage garnishment really comes down to... threat, duress and coercion... the three tools of corruption.
edit on 4/6/2015 by SayonaraJupiter because: (no reason given)

posted on Apr, 7 2015 @ 09:45 PM
link
Looking forward to a glorious victory over the IRS juggernaut but you kids don't try this at home (ok?) because let me say this: you would have to be at least partially insane to do what I have done. Of course, I lead a normal, boring life... except for this IRS #. It takes total dedication to not file income tax forms for 13 years. My game was at a stale mate for 13 years until I sacrificed the piece which has now triggered the end game. The End Game. And I am totally stoked for it.

I didn't mean for this thread to be like a blog. Really this is just about faith in my own sense of timing and my intuition about certain things. Am I testing my fate? Should I be scared for testing my faith? 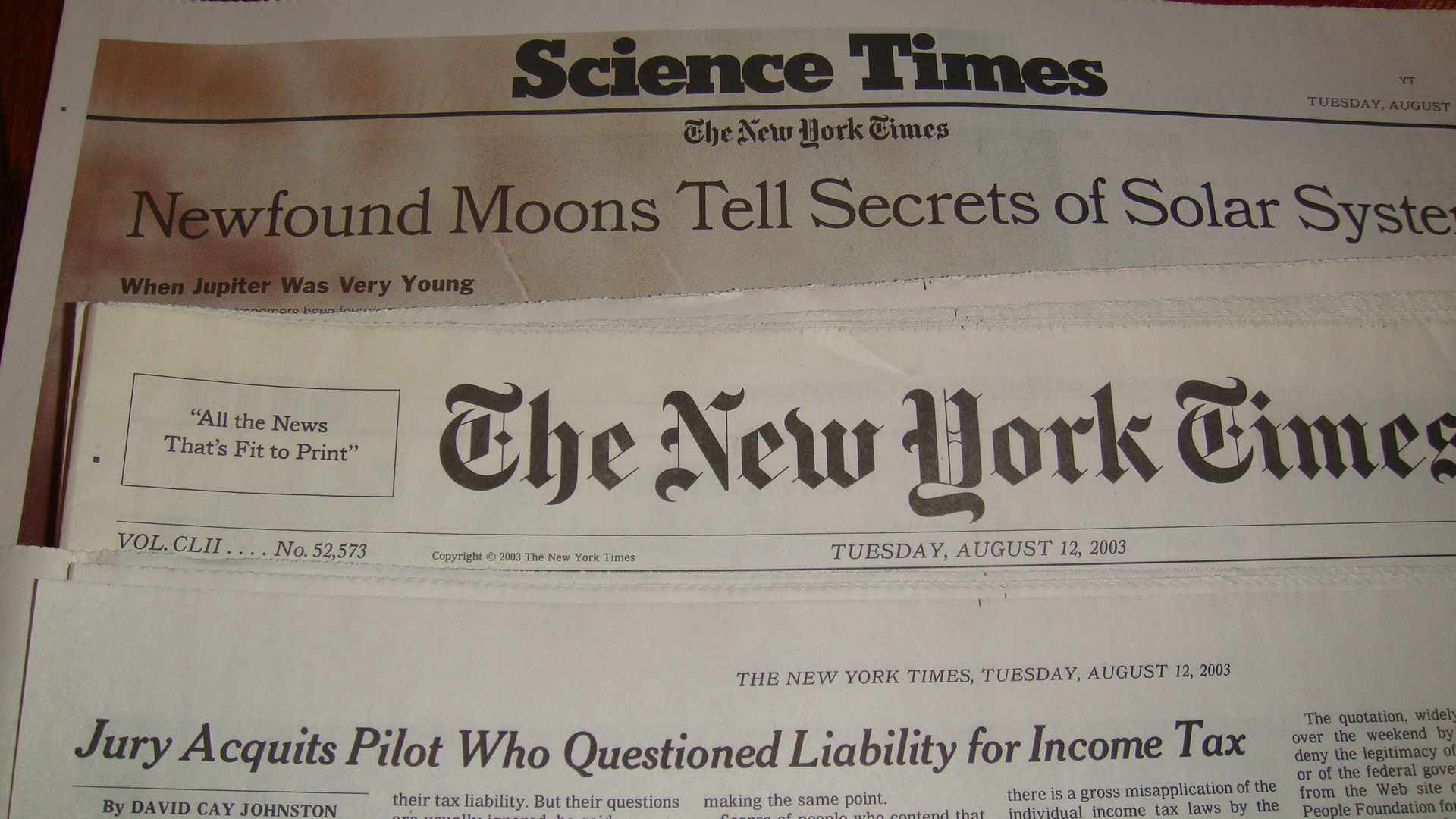 For anyone interested, the Vernice Kuglin story was in the New York Times. When I saw that I bought 3 copies at the coffee shop. If a FedEx pilot could be a non-filer then I figured (in 2003) that I could do it too ... I'll repeat, Kids, don't try this at home.
edit on 4/7/2015 by SayonaraJupiter because: (no reason given)