I came across this story of a hiker that went exploring in the nevada desert and disappeared ,couldn't find anything in the search for it.

He came across a strange cave that he said made his body vibrate and vowed to return at a later date with a gun,a month later he vanished ,the only trace of him was his cell phone.

His last youtube video (exploring the area he disappeared in) : www.youtube.com...

Its a shame he has not been found as any chance of survival is now nil.

posted on Mar, 2 2015 @ 04:01 AM
link
Ill do nature and camping and things like that going into a unknown mine shaft/cave hell no in nevada area 51 even less this guy asked for his current circumstance...a reply to: amurphy245 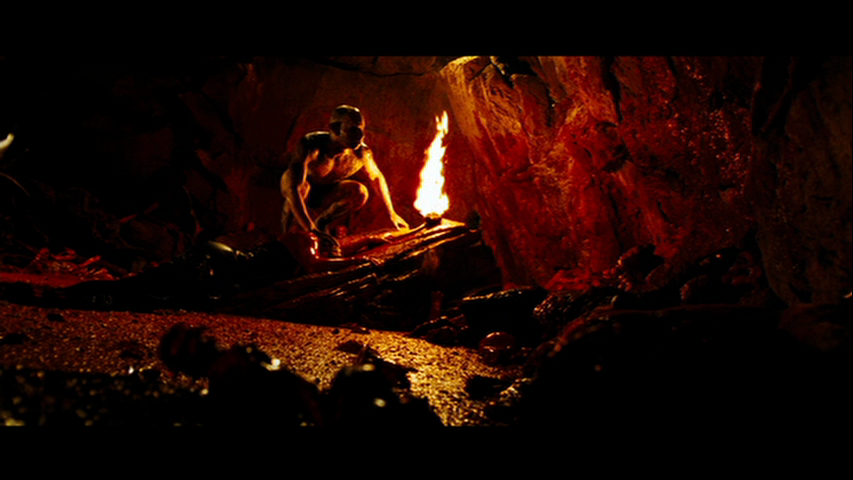 Intriguing story overall, of course when he talks about the "vibrating"
even though...
this cave impressed him so much we was not sure how to find it the second time around?
his cellphone conveniently drops in front of the mind shaft like some arrow with "he went this way" written on it?

i'll read up more and post if i find anything about it, very intriguing story non the less

originally posted by: St Udio
a reply to: amurphy245

There is the possibility that his phoe dropped out of his pocket ,also he may have given up on finding the m cave and gone looking for other stuff

i was thinking the same thing, even if he was using his phone as a flashlight, he would have seen the mine entrance so i would guess no chance he would fall in that particular mine all the same.
On the other hand...maybe it fell out of his pocket and he didn't notice? happens to a bunch of people.
you can't really find much on this story aside from what OP linked...i even went to page FIVE (yes that is how dedicated i am) on the google results and found nothing new.

And this whole M shaped cave...he said he got the hell out at some point...how does he know what the shape is if he didn't go through the whole thing?


The facts are a bit thin on the ground ,doesn't seem like much of an effort went into finding him either ,volunteers found his phone.

posted on Mar, 2 2015 @ 08:29 AM
link
Im leaning towards either an accident and he is trapped somewhere, or he ran into someone or group that didnt want to be found out, Mexican mafia, biker gangs, etc... Weird I hope he is Ok, but I have a feelin he will never be found. sadly

posted on Mar, 2 2015 @ 09:29 AM
link
He may be lying in the desert, a bag of partially dessicated skin and bones.
Deserts are like that.
He should have taken a buddy with him, maybe the buddy wouldn't have lost his cell phone.

Just kidding. I watched his other video in OP, and another on his video list, he only has 4, This kid is genuine, and seems really nice. I feel bad for him if he's run into foul play. He did have his gun with him so I don't know what to make of it. I don't think he intentionally disappeared himself.

I was thinking that as well. Especially since he wasn't describing the cave as vibrating as much as he himself was, with eerie feelings. If I get the eebie jeebies about a place, I'm going to go drag a friend along as bait backup! He must have thought his gun was enough.
edit on 2-3-2015 by StoutBroux because: (no reason given)

posted on Mar, 2 2015 @ 10:11 AM
link
i am curious as to how his last video was found. Reading the comments his girlfriend might have posted it (he mentions her in the video), but how did she get it? He keeps saying he is putting down his camera, if he was filming from his phone he would likely still call it his phone. I say "I am filming this with my phone". So did he vanish on a different trip? In this video he is finished looking for the cave and is out of the dangerous part otw back to his vehicle, walking through the draw or as he called a canyon bottom. Another you tube comment mentioned his phone being near his vehicle, i think... Basically, is this " found footage" ? or was he lost on a later trip?

If i kept up with his path correctly and he went where he said he was seems he stayed east and south of Nellis, so I don't think they snatched him up... He liked to test himself by not drinking and carrying very little water, taking only 1 candy bar,then some found pine nuts. Stupid if you ask me, dehydration can happen very very quickly, in those conditions if he was injured and lost so much water and then his body heat at night when it's very cold in the desert he would be in real trouble real fast. I think we're pretty far past any survivability is far as living in the wild for that long without any help so sadly I think he's gone.

Or, it is some sort of publicity stunt. Maybe he is trying to get some recognition.He comes off to me as someone starving for attention, one of those dramatic, loud, look at me types. I feel bad for even saying it tho, I don't wanna come off as the guy who bagged on that really nice dead guy.
edit on 2-3-2015 by wastedown because: it's my thang... It's what I do... don't believe me just check my record... all of 'em edited, ALL of 'em!

And a "Great" first thread it is!

Definitely an intriguing story. Thanks for posting.

posted on Mar, 2 2015 @ 10:27 AM
link
Someone arms themselves and decides to investigate caves near Dreamland. And then people are surprised when he turns up missing?


Would it have been better if he did not arm himself? I know I know it's sorta hard to shoot at vibrations…because, what if ya miss?

Do you suppose that the gun killed the guy, hence, the reason he's missing?

Or maybe they never saw a gun in the desert, so once he brought one there, the few persons (or aliens) he encountered had no choice but to wrest it away from him, and then start shooting people? Or maybe the gun did it?

You seem to think that taking guns from everyone, except cops and soldiers and criminals, will solve the world's problems. It sort of pervades your writing style.

I in no way implied that he disappeared BECAUSE he was armed. Nor did I ever make any implication that I want to take guns from ANYONE. In fact, if you read my previous postings on the subject (which obviously you have not, despite you claiming to know my "writing style"), I am quite PRO gun. When I lived in the US I owned a .45 ACP, and Armalite rifle, and a 20 gauge shotgun. The only reason I don't own weapons anymore is because I live in Japan. When I visit my parents in New Mexico we always make time to go out shooting. Sooo, yeah. Afraid your assumptions are a little off there chief. Rather than try to turn this into some pro-gun rant, let's remain on topic shall we?

I was implying that he went missing because was exploring caves near Dreamland. Not BECAUSE he was armed. Though I'm sure any guard patrolling the Dreamland area would certainly be wary of some guy skulking around with a firearm.

posted on Mar, 2 2015 @ 11:36 AM
link
I apologize, because I was pretty certain that I saw your name all over a thread (myth of the good guy with a gun) pissing on any and all firearms. I must be slipping. You were actually defending them. Someone, probably a castrated Brit, was spouting all sorts of nonsense about how safe it is since they usually just stick you with a knife when they need to use a phone as there are no guns there etc… and, why can't we just slowly restrict guns and ammo until all the world is safe and cozy, like Britain.

Someone was off the rails with this thinking, but it wasn't you. Again, apologies.

Apology humbly accepted. I too apologize if I came off as a little defensive about the whole gun thing. This story is really interesting though. I'm sure it's being swept under the rug as we speak. Dude disappears near Nellis AFB and nobody really knows why, or has any clues. This should be ripe conspiracy bait and yet almost nobody is commenting on it.

No this isn't found footage ,from what I can gather he uploaded that himself then a month later went back out there.

This reminds me of that German family who abandoned a rental car and disappeared in the desert in 96 and about 6 years later some guy decided he was going up solve the mystery and he did find them,just needs some brains and someone willing to go out looking and he could be found ,it's just a shame we are too late,would be interesting if they do find him and if he has his camera on him but I'm not sure anyone is even looking anymore.

I'm curious as to his proximity to the base ,anyone got any idea how close he is to it?