Oh, I don't want to work as a cashier (the job I was hired for) because I might have to touch pork or alcohol. (You didn't know they sold Pork and Alcohol... really?

Now he is suing Costco because they made him go outside to get the carts (since he refused to touch pork encased of plastic). Getting carts appears to be beneath him as he demanded to work in the electronics section. Wow, I bet anyone else would like to choose which department is acceptable enough for them to work in)... LOL

If my kid tried this at his job, they would can him as well.


The devout Muslim says he was working as a cashier's assistant at the Costco in Sunset Park Brooklyn in September of 2012 when pork came across the conveyor belt. It's against his religious beliefs to touch either pork or alcohol. Camara says after telling his managers this, they transferred him outside collecting the shopping carts. Camara says they never told him why he was reassigned.

Camara says he asked his managers if he could work in the electronics department, but his requests were repeatedly denied.

He ended up filing a human rights complaint against the company.

16 days later, he was fired for insubordinate conduct.

(post by scubagravy removed for a serious terms and conditions violation)
coldkidc
+28 more
posted on Mar, 1 2015 @ 06:45 PM
link
CostCo did nothing wrong.
It's an open & shut pack of bacon...I mean case...of beer.

So he asked for something that they didn't have to give him & they were nice enough to move him.
I'll bet they kept him @ the same wage too - one of my first jobs was pushing carts & I wished I could have made as much as the cashiers did.

Not satisfied, he continues to complain & gets an attitude when he gets told no - that'll get you fired at most any retail job - just the way it is.

People can't take no for an answer anymore - everybody gets a friggn attitude...bunch of children.
edit on 1-3-2015 by coldkidc because: (no reason given)

xuenchen
+15 more
posted on Mar, 1 2015 @ 06:52 PM
link
Sound like an average impudent snot with some kind of superiority complex.

Who died and left him king anyway? 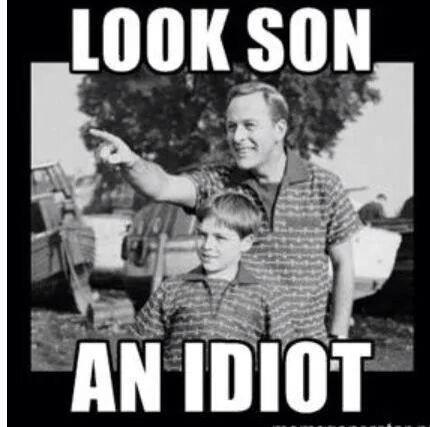 
You are not thinking high enough.

He wanted to be owner. That's why he was fired. LOL 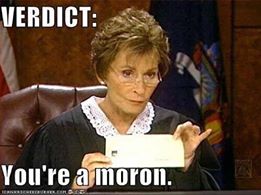 PorteurDeMort
+33 more
posted on Mar, 1 2015 @ 07:07 PM
link
If anyone else tried that they'd be replaced. Companies shouldn't have to accomodate anyone based on their religious beliefs. Religion is a choice not a medical condition. Although in the case of Muslims it seems like a mental disorder.

originally posted by: PorteurDeMort
If anyone else tried that they'd be replaced. Companies shouldn't have to accomodate anyone based on their religious beliefs. Religion is a choice not a medical condition. Although in the case of Muslims it seems like a mental disorder.


I'll be honest, I'm Christian. I would NOT expect any accommodation based on my religion. If they're not able to accommodate my needs, I'll look for a company who can, if not, I work around them! Not the other way around. If everyone expected companies to kowtow to them, this country would cease to function!

posted on Mar, 1 2015 @ 07:22 PM
link
You were hired to do a job and when you advised that you had religious beliefs against it, you were accommodated by being transferred to a job where you wouldn't have to deal with it.

This is how it started over in Europe, by the way, from my understanding. If the courts rule with them, there will be no ending to the exceptions and special privileges we'll have to hand to Muslims.

I'm a store manager myself and yeah, what a tool this person is. Nobody gets to pick and choose their tasks. They are allocated purely based upon skills and experience.

If someone has a religious issue with certain tasks, it should have been made clear during the recruitment process I.e. I'm Muslim and I'll work anywhere you want but please don't make me handle pork.
edit on 1-3-2015 by markosity1973 because: (no reason given)

As he such is a devout Muslim did this chancer not think to mention at his interview that he couldn't handle said products?.......like before he got the job on false pretences?

Kind of like getting a job as a van driver then informing your employer that you don't have a driving licence, can't drive a van ....and suing them for a breech of human rights for making you drive a van!

originally posted by: Argyll
So this idiot applied for...and got... a job at Costco as a cashier, in the USA, and didn't realise that they sell pork or alcohol?....and that as a cashier he would have to handle said products?.....seriously?

We have a new Costco in my town and I've seen Muslim cashiers with their hijabs on.

God gave the world a wonderful gift for those who don't want to touch pork - gloves. That's what they seem to do to overcome their issue.

originally posted by: Kapusta
Another Muslim hating thread ! seems to be the thing around ATS these days !

What has this thread have to do with hating Muslims?.....seems to me it has more to do about hating idiot chancers after making a quick buck than anything else.

Exactly....but there's no payout when your wearing gloves!

thesaneone
+7 more
posted on Mar, 1 2015 @ 07:35 PM
link
Just another entitlement minded lazy kid who is using his religion to get his way.

originally posted by: Argyll
As he such is a devout Muslim did this chancer not think to mention at his interview that he couldn't handle said products?.......like before he got the job on false pretences?

His job also meant he had to treat women as his equal.... something devout muslims cannot do.