posted on Mar, 1 2015 @ 12:51 PM
link
This is an awesome spider, even if it is huge! Mu brother had two Rain Spiders (Huntsman Spiders) as pets when we were young. They were always around he house, and so he caught them one night, and fed them on a daily bases, until they were released a few weeks later. But then they started to like my brother, and always came back to him.

At the end they would just sit around the house, and if my brother came past, they would 'ask' my brother to pick them up. And so my brother did. He caught their own food, but always liked a special treat like a grasshopper or a big moth. They were the most amazing things ever!

I can't exactly remember what happened to them, but they were my brother's pet for almost a year.

And for those who do not know what they look like, here are some photos I took a while ago. They are still around the house a lot, and I do not disturb them. This is photos of a mother protecting her young. She made a great nest out of dried leafs and some Tortoise droppings, (I have 6), to attract flies and other insects as food for the young. 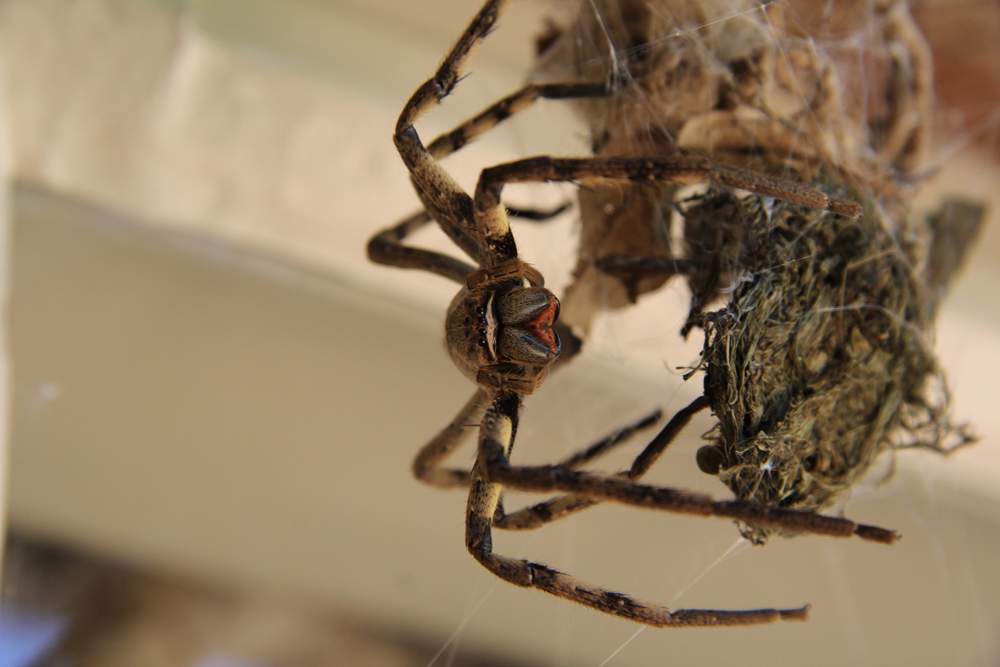 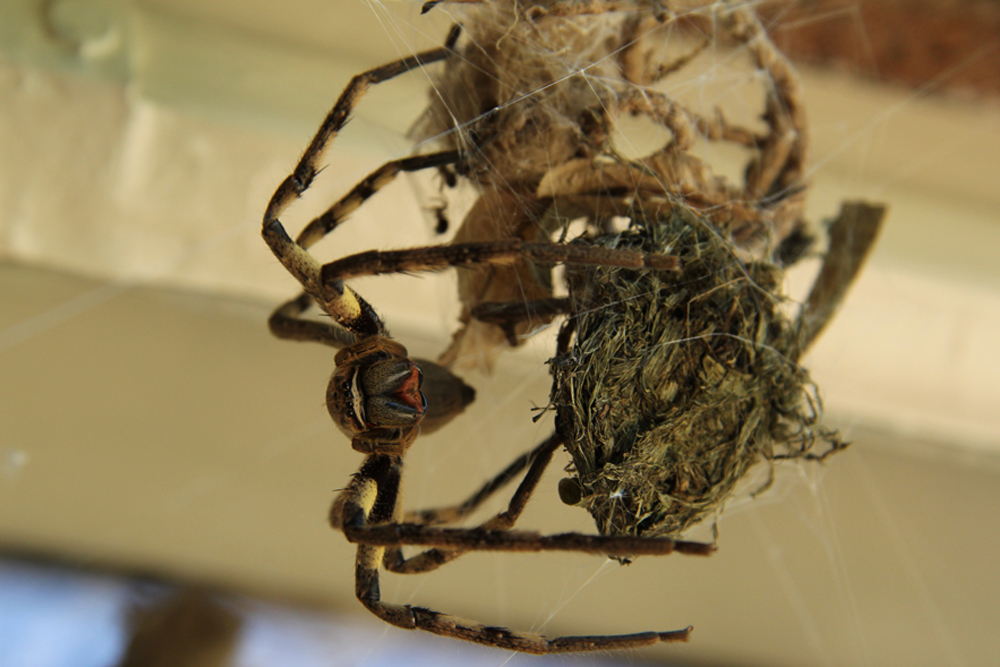 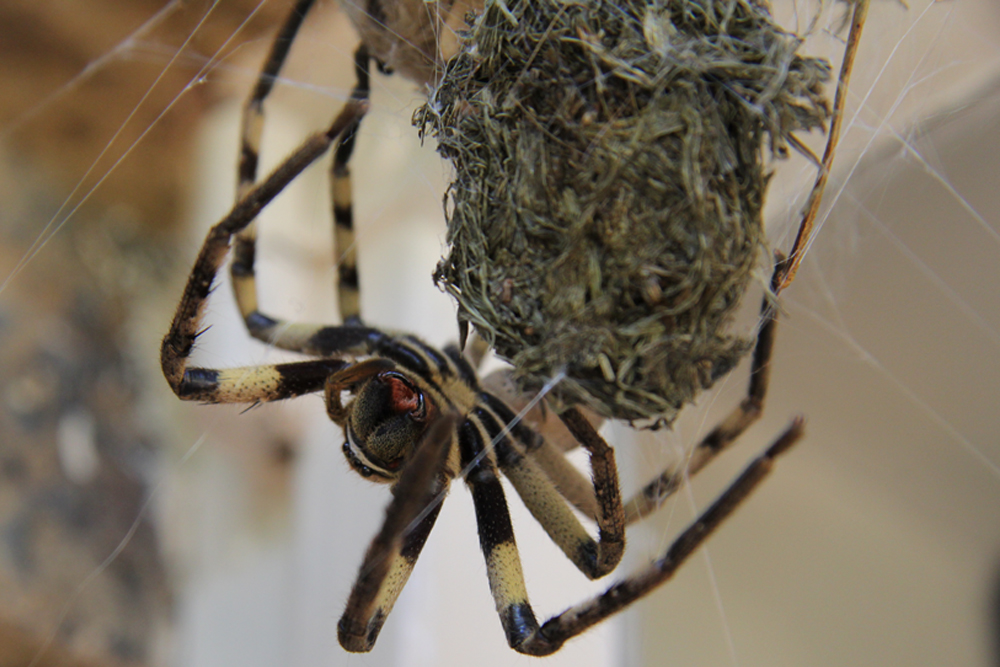 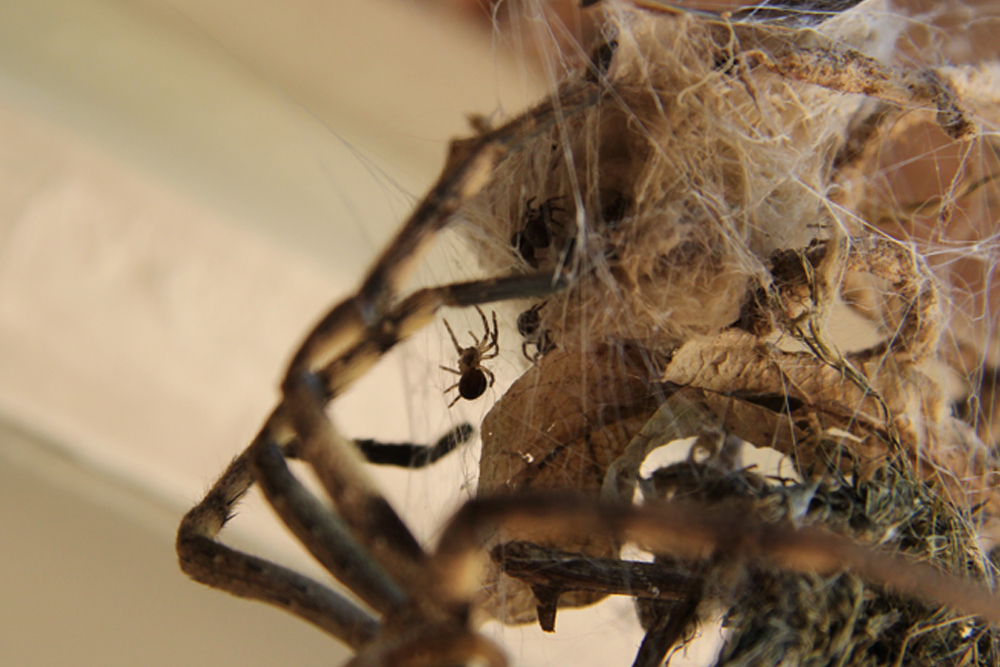 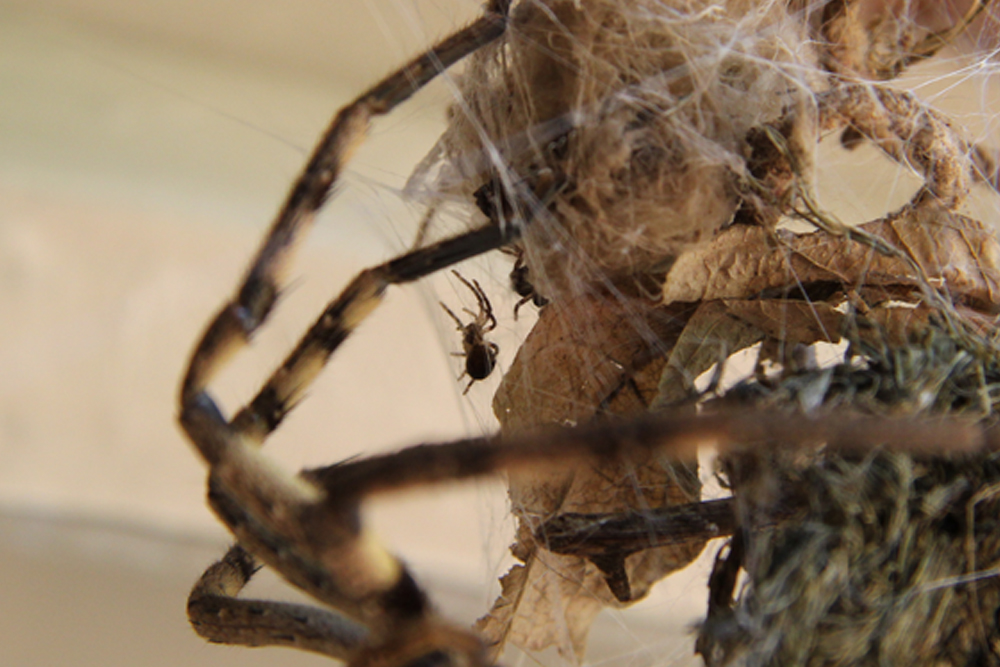 Its better to be curious than being scared.

I've never been bitten, thats why I love them. I actually had 3 scorpions as pets. I handled them with no problem, i never even got stung ot anything.

Everytime I got bit by a spider, I was not treating them well. They don't seem to bother you much if you aren't teasing them, torturing them, or trying to kill them. When you fear them they will lurch towards you, knowing humans kill things that they are afraid of.

That is an interesting way of looking at it! 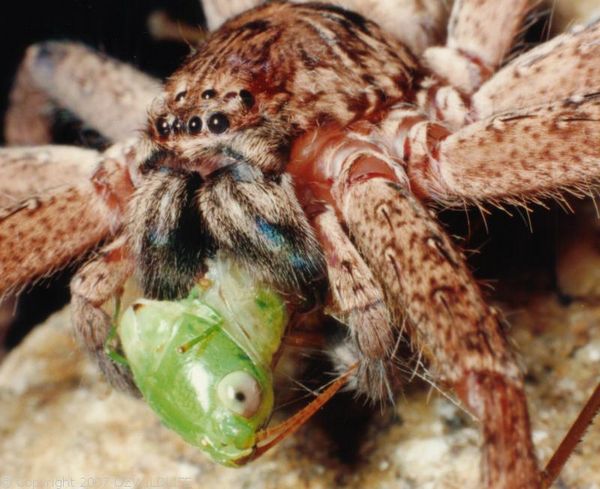 No need to kill Rain Spiders, they eat all the other pests in the house, and is very friendly

originally posted by: IndependentOpinion
a reply to: Night Star

No need to kill Rain Spiders, they eat all the other pests in the house, and is very friendly

I'd rather have the other pests than that thing! Anything that scares me that much isn't friendly. Hahaha!

Sometimes, they are more afraid of you than you are of them.

originally posted by: IndependentOpinion
a reply to: Night Star

Sometimes, they are more afraid of you than you are of them.

I know and yet...they still scare the hell outta me! My Mom never liked gardening with me because every time I saw a worm or spider, I'd scream and jump up and down like a maniac. LOL I called it my spider dance.