"I Origins" a scientifiic exploration about reincarnation

posted on Feb, 28 2015 @ 11:47 PM
link
I reccommend not watching the trailer before you see it, but here it is if you must. More spoilers in the trailer than what I go into below IMHO.

I recently had the opportunity to view the movie I Orgins, one of the better movies I have viewed in quite sometime. It is an Indie film at heart, but it is not slow moving IMHO by any means. The plot progresses at an exciting pace, and from start to middle to finish it is hard to tell where it is going, I would even commend anyone who could guess the outcomes of the film by even halway in (which is not hard for me to do with most "Hollywood" films). Going into the film with no knowledge about what to expect, no viewing of the trailer, or any knowledge about the plot, I was a virgin in all respects to what was going to happen. The entire premise of the movie, without any spoilers, is about a young scientist Ian. Ian, from the beginning of his life was affixed with people's eyes, thus he takes pictures of them. As a scientist, he is trying to discover a way to make colorblind rats see in color. He meets a woman at a Halloween party and is transfixed by her eyes as well as her personality. There is a love triangle between he, her, and his lab partner. Throughout the film Ian is pure science minded, not believing in a God, a soul, etc, whereas the woman at the party is absolutley consumed by the idea of life after death and a soul. She tries to convince him that he and her were past lovers, soulmates, which is why they have such immediate chemistry. He doesn't believe so but nonchalantly goes along with it, because hey, he wants to get laid and she is pretty hot, lol.

I really want to give you the least amount of information to spoil the movie for you if you are interested in the reincarnation Idea. But what I am going to tell you is that the idea "Eyes are a window to the soul" is the theme explored in this movie. In today's time, we have Iris tracking and recording, a much more indepth personal recognition program than merely fingerprints. What is discorvered by Ian, is that his son, when scanned at birth, had the same Iris match as another man. His son is believed to show signs of autism so he is put through a strange test to see which photos his son shows interest in, which seemingly does not seem to have any testable theory behind it to discover if one is autistic or not. So Ian researches the pictures shown to his son and investigates where they originated. From here he explores the fact that his son was a reincarnate of a deceased man, and much much more. It is rather touching, and exciting to watch this movie. It is hard to explain a movie without giving away spoilers, but I did my best. None of what I have said gives away what the movie truly means and evokes, but if you are intrigued by this small plot summary, I implore you to see it. If you have a g/f, maybe one who is philosophical, she would love it as well, as it is partly a love story, like- Love is Immortal and infinite. It kind of reminds me of The Fountain, but not as strange and not disconnected through storylines. I would really like to go into the the entire movie to tell what I think and and what aspects mean, but until people have seen it and reply, I will not. I cannot think of another movie as well put together than I Origins with the center theme of life after death.

There are some minor hanging plots that never get resolved or mentioned more than once though. (minor spoilers) The importance of the number 11 and the Dr. that researched the autism theory on Ian's son are two major ones that I wish came into fruition, but I will watch it again to see if the number 11 thing did, as I think I may have missed some hints.
edit on 28-2-2015 by iDope because: add link

Be warned though. There is one very short, extremely gruesome scene that will stay with you for some time.

I recommend Another Earth and Sound of My Voice as well if you liked I Origins. They are also indie films and have metaphysical elements.

Also The East. Though it hasn't a different feel.

Brit Marling didn't write I Origins but she co-wrote those other movies with director Zal Batmanglij.

This is the blonde scientist that worked alongside the main protagonist in I Origins. 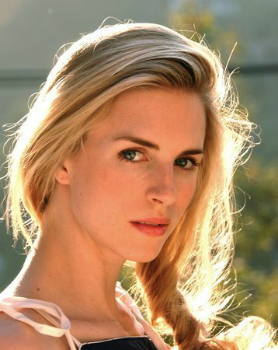 Sound of My Voice:

Great movie, really gets you thinking.

Regarding "Dr. that researched the autism theory on Ian's son" There is a little bit more regarding this after the credits off the movie if you did not know :-) adds a nice list twist to the movie.

posted on Mar, 1 2015 @ 04:01 AM
link
I was intrigued by the posts here, & I prefer to know the endings of movies before I see them, so I read the plot on Wikipedia & it made absolutely no sense at all, haha. I'm curious what the gruesome scene is, though.

originally posted by: Lucid Lunacy
a reply to: Eunuchorn

LoL! Yes, I will always read the last chapter or few pages of a book (if it's a "story")

(Spoilers)
The gruesome scene from the film is Ian's original g/f, the girl with the eyes that he was captivated by, whim he met by chance at a party and then tracked her down by her eyes that were seen on a billboard in a perfume ad. After he finds her, she discusses how they were lovers in past lives, which is why he is attracted so much to her eyes and the soul that is behind them. These two lovers get stuck in an elevator while going up to their apartment the day before they were to be married. So Ian slides open the above door and gets out, and then as he is trying to pull her out the elevator falls and rips her in half.

Towards the end of the movie, 7 years later. He discovers that there was a girl born in India closely after his g/f was ripped apart by the elevator, that has the exact same iris composistion as his g/f. He travels to India to find this girl, and eventually does. He does a test by showing the girl pictures to see if there is any carry over "spiritually" and memory wise (i.e. if the Indian girl associates more with pictures from his g/f's past life than others. There is a small connection but no more than chance. He then leaves with the little girl to go down the elevator and the girl freaks out, doesn't want to enter the elevator at all. This gives Ian the answer he was searching for but afraid to admit the whole time.

Ah thanks, the wiki was really unclear about the transition between the Halloween party, her death, & the 7 years.

Checking to see if the eyes of deceased famous historical figures (Kennedy, Tesla, Hitler, etc.) have a contemporary match.

So, I watched Another Earth tonight, and I enjoyed it for the most part, and will watch Sound of my Voice tomorrow. But since you have seen Another Earth as well I do have a question for you.

Throughout the film Earth 2 is constantly getting closer and closer. As it is viewed multiple times throughout the film it is also at different degrees in the sky, sometimes at the horizon and sometimes 60-70 degrees high. So I am to gather the Earths are rotating around one another, or that one is stationary and the other is rotating, it is hard to tell as it was never discussed. However, both Earths' are getting closer and closer to one another throughout the film, since Earth 2 is always shown bigger and bigger, thus they must collide at somepoint. Do you agree? If Earth 2 were actually physical, as it was proven to be, since Rhoda 1 and Rhoda 2 met at the end, both were physical beings, thus both worlds are physical, though not mirror images of one another as originally proposed, but broken mirrors since Rhoda 1 and Rhoda 2 could never meet if a mirror image were true, unless both spaceships passed one another in space where they could meet, but that didn't happen.

Something I would like to propose, above what was shown in the film, is that neither planets were physical. Both planets are just mirror images, concepts of consciousness, where there may be many others. So instead of colliding with one another, they would simply become one. A metaphorical resemblance of the subconscious and conscious becoming one. I was actually disappointed that the fact that the two planets getting closer and closer was never brought up in the film. I would imagine that would be a great point of interest, similar to the movie "Melancholia." If I saw Jupiter in the horizon everyday, and everyday it was larger and larger, and after years it looked as if I could reach out to hug it, it would be a concern that it was going to crash into our planet. Just my opinion, what do you suppose?

I'm partial to movies about movies, being in the business, so one of my faves is #96 'Living in Oblivion'.

posted on Mar, 2 2015 @ 01:26 AM
link
I enjoyed the ideas presented in the film, but haven't really referred it to anyone else, or asked my husband to watch it with me, as I often do with movies I like. I am notorious for being enthousiastic about books or films in which the subject material and concepts were thought provoking, but the execution of it was not really that good. The film got long in places, took too much time to "get to the point", and was not always quality filming.
But I really liked it as one fo those films I enjoy while alone at night, to leave me taking off in my own creative thinking.


At least you're able to remember his name.

Who was in 'I Origins'? Michael Pitt (I had to look it up) isn't even a b-lister.