Quotes From Prominent Officials Implying An Extraterrestrial Presence On Earth

Below I have compiled quotes from various world government officials, military officials and associates from around the world over the past 65+ years on the subject of UFOs and ETs. The name/rank of said official, the years these quotes were made and the geographical locations of these officials are included. If you think all of this is just a coverup of top secret black ops programs, a case of these people mistaking all of this for mere Earth related phenomena, or all of these people are insane and need to be put in a asylum somewhere.....you need to think again. There are too many cases to fit into the realm of only just those explanations. The link with all of the information pertaining to these quotes as well as the quotes themselves can be found here. Sit back and enjoy.

J. Edgar Hoover, in response to a government request to study UFOs, 1947


"I would do it, but before agreeing to do it, we must insist upon full access to discs recovered. For instance, in the L.A. [or La.] case, the Army grabbed it and would not let us have it for cursory examination."


"Since 1947, approximately 2,000 official reports of sightings have been received and of these, about 20% are as yet unexplained".


"We have no aircraft on this earth that can at will so handily outdistance our latest jets... The pilots, radar specialists, generals, industrialists, scientists, and the man on the street who have told me, 'I wouldn't have believed it either if I hadn't seen it myself,' knew what they were talking about. Maybe the Earth is being visited by interplanetary space ships".


"We had a number of reports from reputable individuals (well-educated serious-minded folks, scientists and fliers) who surely saw something. Many of the mysteries might be explained away as weather balloons, stars, reflected lights, all sorts of odds and ends. I don't mean to say that, in the unclosed and unexplained or unexplainable instances, those were actually flying objects. All I can say is that no natural phenomena could be found to account for them... Repeat again: There were some cases we could not explain. Never could."


"We have, indeed, been contacted - perhaps even visited - by extraterrestrial beings, and the U.S. government, in collusion with the other national powers of the earth, is determined to keep this information from the general public".


"I can assure you that flying saucers, given that they exist, are not constructed by any power on earth."


"It is impossible to deny any more the existence of flying saucers at the present time... The flying saucer is not a ghost from another dimension or a mysterious dragon. It is a fact confirmed by material evidence. There are thousands of documents, photos, and sighting reports demonstrating its existence".


"More than 10,000 sightings have been reported, the majority of which cannot be accounted for by any 'scientific' explanation... I am convinced that these objects do exist and that they are not manufactured by any nation on earth. I can therefore see no alternative to accepting the theory that they come from some extraterrestrial source."

Earl of Kimberly, former Liberal Party spokesman on aerospace, and member of the House of Lords, England, 1979


"UFOs defy worldly logic... The human mind cannot begin to comprehend UFO characteristics: their propulsion, their sudden appearance, their disappearance, their great speeds, their silence, their manoeuvre, their apparent anti-gravity, their changing shapes."


"I myself have observed one [UFO] for more than an hour... It was an extremely bright object, which remained stationary there for that length of time and then shot off towards Egea de los Caballeros, covering the distance of twenty kilometers in less than two seconds. No human device is capable of such a speed."


"I was testing a P-51 fighter in Minneapolis when I spotted this object. I was at about 10,000 feet on a nice, bright, sunny afternoon. I thought the object was a kite, then realized that no kite is gonna [sic] fly that high. As I got closer, it looked like a weather balloon, gray and about three feet in diameter. But as soon as I got behind the darn thing, it didn't look like a balloon anymore. It looked like a saucer, a disc. About that same time, I realized that it was suddenly going away from me - and there I was, running at about 300 miles an hour. I tracked it for a little while, and then all of sudden the damn thing just took off. It pulled about a 45-degree climbing turn and accelerated and just flat disappeared".

There are more but now I'm tired of copy/pasting.
So what do you guys think now, skeptics specifically? Still think we haven't been visited by off world intelligences yet?

posted on Feb, 28 2015 @ 10:52 PM
link
Nice list. I have no problem accepting extraterrestrials, but the man-made aspect of UFOs has made a skeptic out of me.

According to Popular Mechanic's article; 6 Top-Secret Aircraft That Are Mistaken For UFOs

The CIA estimates that over half of the UFOs reported from the '50s through the '60s were U-2 and SR-71 spy planes. At the time, the Air Force misled the public and the media to protect these Cold War programs; it's possible the government's responses to current sightings of classified craft--whether manned or remotely operated--are equally evasive.

I believe life exists throughout the universe, however, I believe that all intelligently controlled UFOs are of this world. Their debate helps to deflect awareness of public, private, and governmental "Black Budgets" and "Black Projects". The imagines of the following aircraft were formerly classified black projects. Notice how these once top-secret aircraft resemble typical disk, round, triangular, and airship UFO reports. 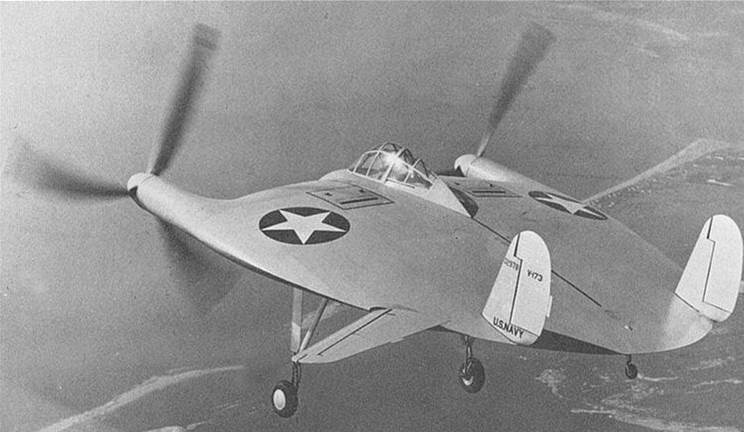 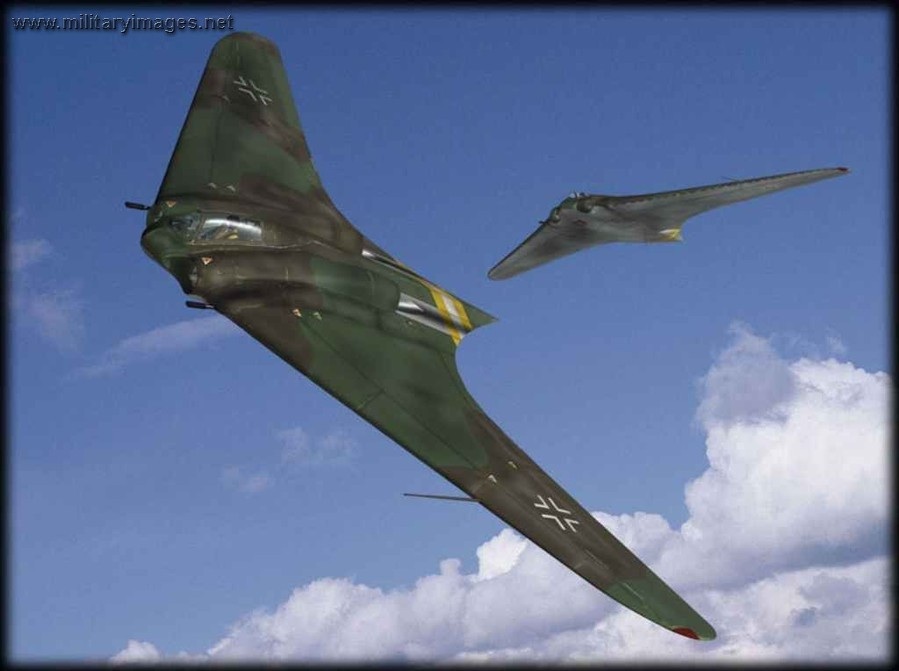 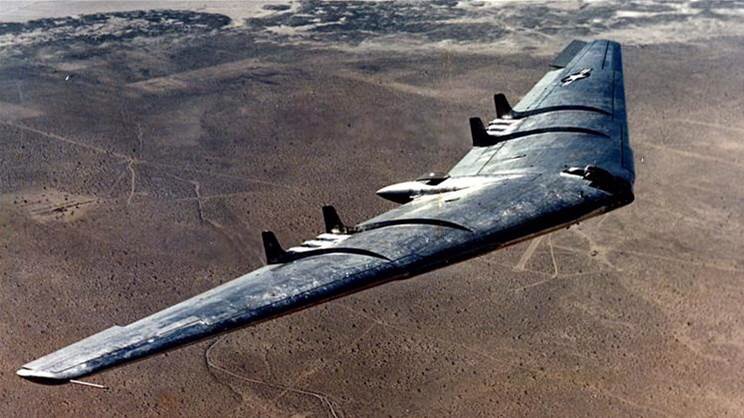 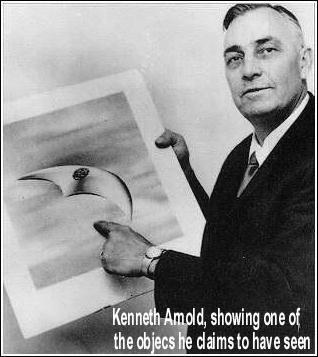 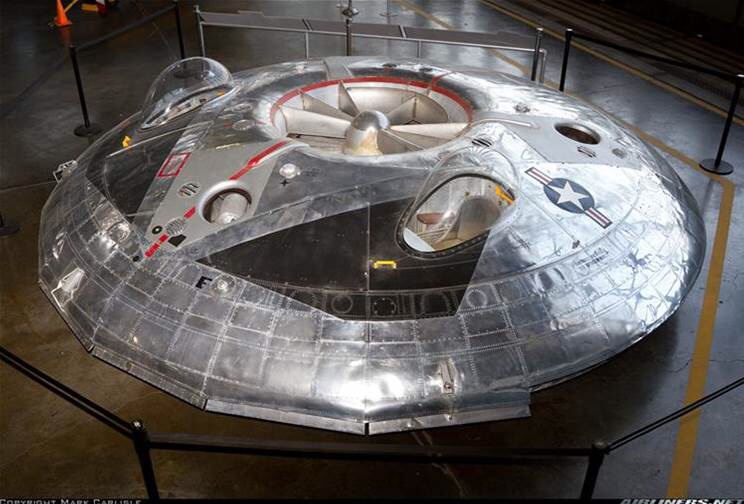 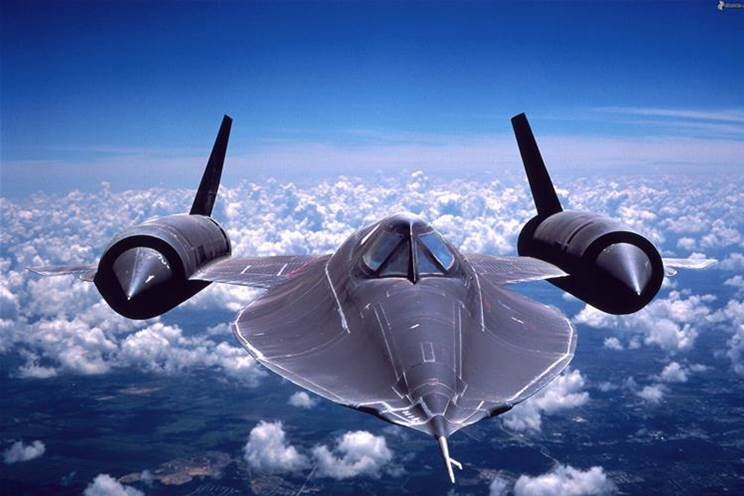 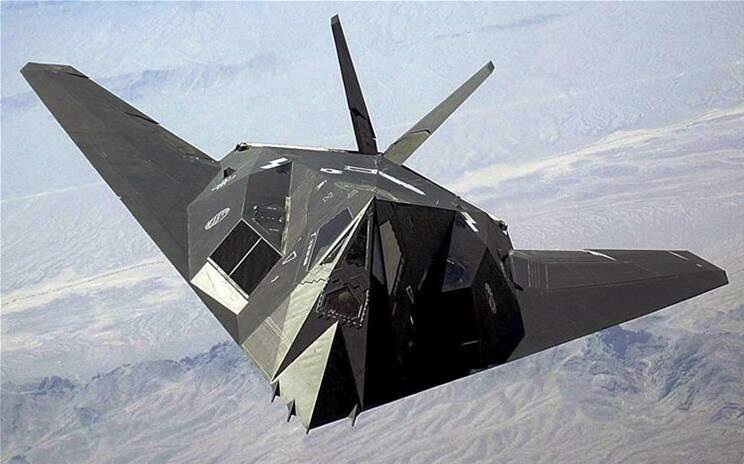 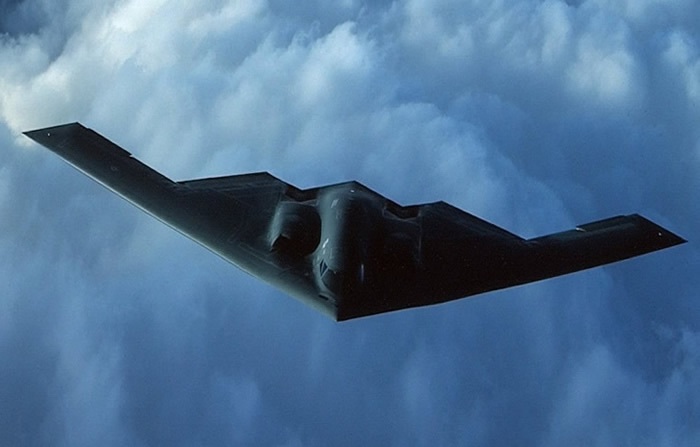 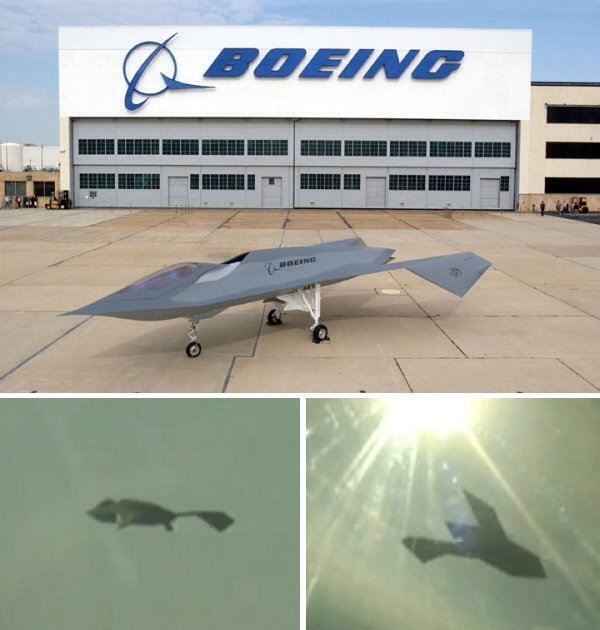 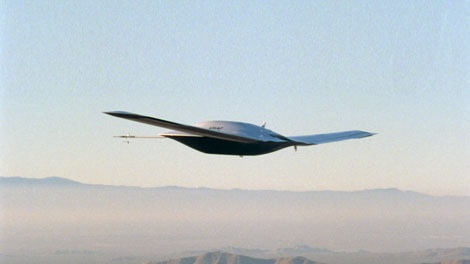 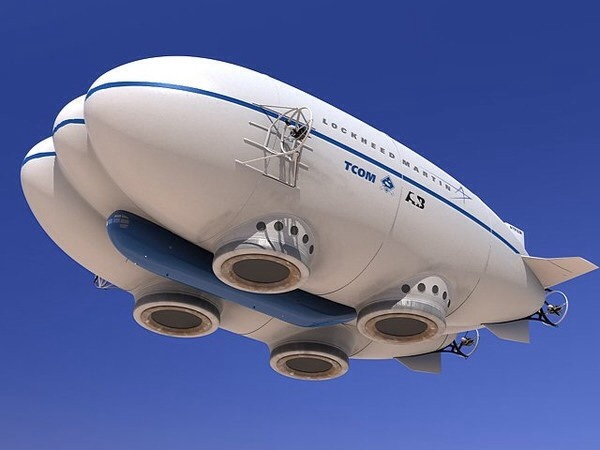 "an Air Force flying saucer program that started in the mid-1950s and ended in 1961. In the upper right hand of each page was the icon of a flying disc stamped over a red arrow, the insignia of Project 1794. 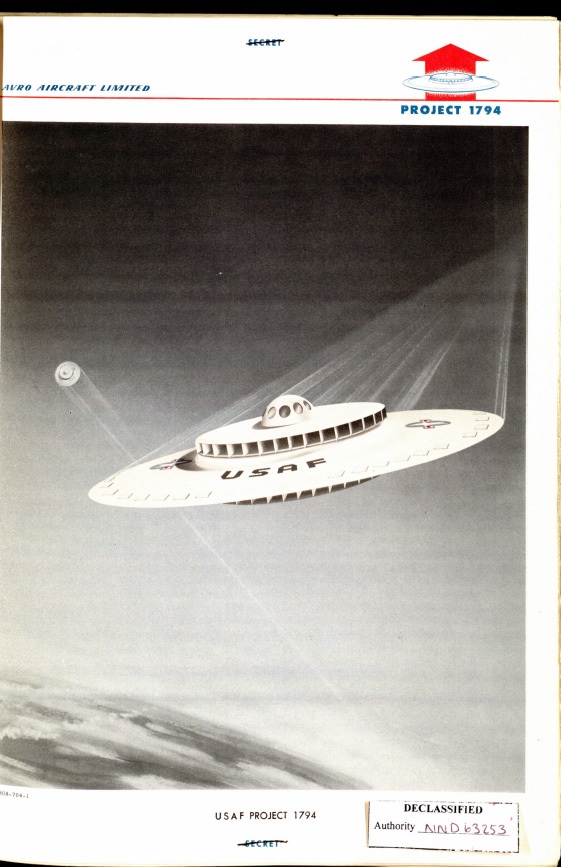 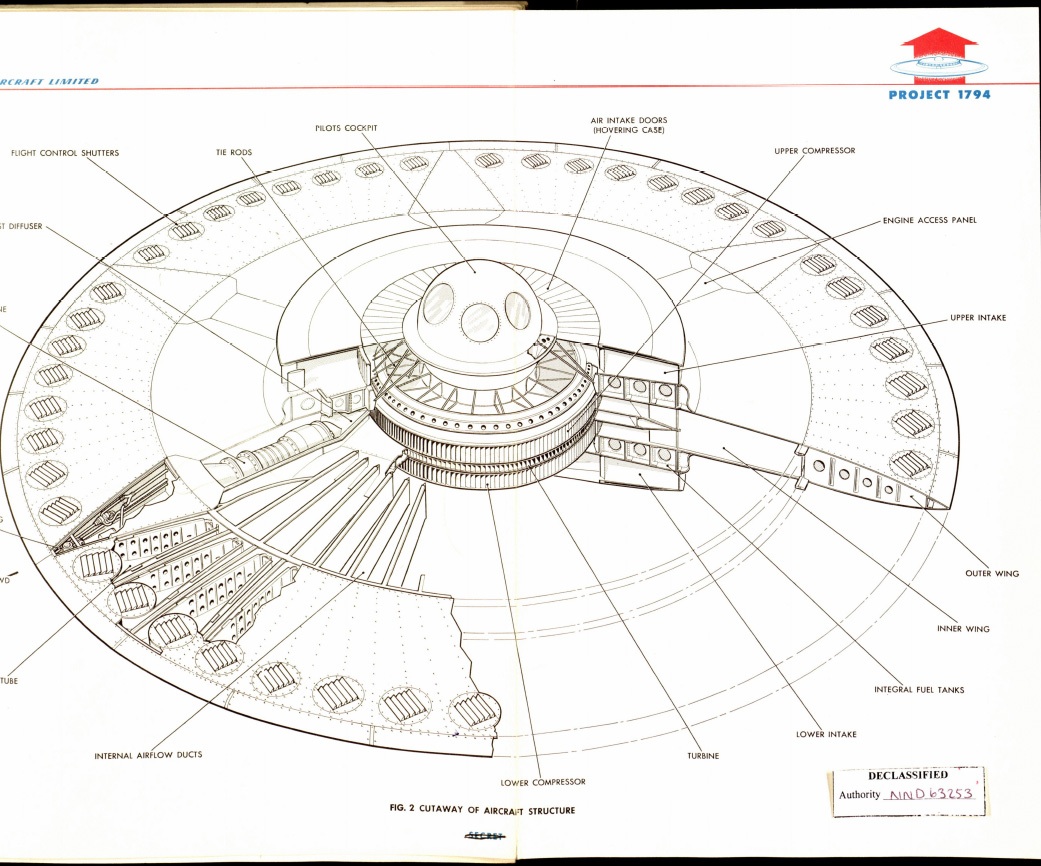 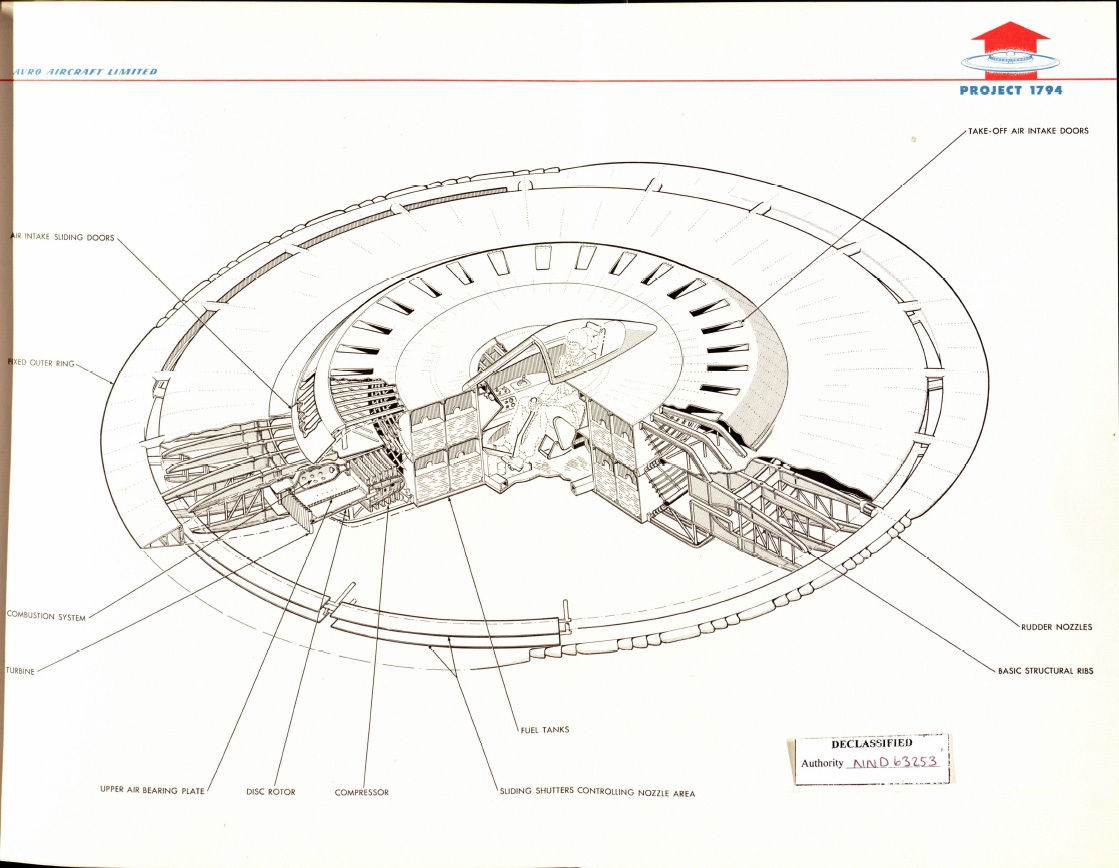 These aeronautic examples serve as verifiable proof that technology is developed and kept secret prior to public disclosure. Who knows how many past and present concepts, prototypes, and running projects remain Black and/or Top Secret.

Could it be possible that all statement, opinion, 2nd/3rd hand accounts, is deflection and/or dis/mis info? Do we ignore the known aerial black-ops of decades past, and fail to ponder what could have be done secretly since the 40's-70's?

Not that extraterrestrials don't exist,... just that, contact has not yet occurred. Also, this all is my opinion.


One of the best posts on this topic ever! You did the homework and that's grand.

In his book Penetration, Ingo Swann relates his work with a guy code named Axelrod, who worked with Swann briefly as his RV handler. Using coordinates from early moon mapping points of interest, Swann was able to see large structures, people and machines working on the dark side of the moon. He is mostly responsible for the success of the RV program, which has evolved into a deeply covert operation relevant to the time and space of current affairs that effect global security and the future.

originally posted by: Sahabi
a reply to: Eunuchorn

Not that extraterrestrials don't exist,... just that, contact has not yet occurred. Also, this all is my opinion.

How do you qualify "contact"? Would you have to be contacted to conclude that other beings are here?

Very nice work, I can't wait to read them all tomorrow! Thanks
S&F

If it's all such a secret than why are the pictures all over the net?
Where do you suppose all that technology came from?
They could make planes like this back then but no one had a cell phone? I highly doubt that technology came from a human, if that were true our advancement with things such as the cell phone and laptops etc wouldn't have taken so long! I could go on but it's late.

originally posted by: Eunuchorn
I don't understand the point of being a skeptic, how would it be better if aliens weren't real?

posted on Mar, 1 2015 @ 12:10 AM
link
I wonder why there is an urgency for world government, and parallel running to that is the urgency for ufo disclosure. Its appears to me one seems tied to the other, in that we cant have one without the other.
edit on 1-3-2015 by AthlonSavage because: (no reason given)

posted on Mar, 1 2015 @ 12:25 AM
link
An Extraterrestrial Presence On Earth is likely in my opinion.The universe has been creating life long before our existences. The architecture of this universe reveals the authors and their presence everywhere within their own work.

originally posted by: Night Star
I don't know why some people still doubt the existence of UFO's.

UFO does not mean alien, just you have not been able to identify it.
edit on 1-3-2015 by hellobruce because: (no reason given)

originally posted by: machineintelligence
An Extraterrestrial Presence On Earth is likely in my opinion.The universe has been creating life long before our existences. The architecture of this universe reveals the authors and their presence everywhere within their own work.

I believe there must be other life forms out there, but I would counter that ET presence on Earth is unlikely. We would be like finding a needle in a haystack inside a football stadium filled with haystacks.

It massive out there, as much as I would like it to be true, I just cant imagine these little craft flying billions of miles just to hover around Earth, flitting around, landing in forests and crashing now and again.

This is simply one aspect of the UFO possibilities/sightings. The misidentification of moving objects.

Now, how about close up examination of craft that hover with no visible or audibly detectable conventional propulsion systems. SR-22s don't hover. LOL And I mean close up like 40 feet.

Not just hover, but shoot up straight, make 90 degrees turns, stop on a dime....

All these are conviniently disregarded...

Yea. So the thread gets gassed by one little ol aspect of the thing with photos even! LOL

nothing interesting has happened in ufology for y ears.