wondering why the MSM all carry the same nonsense? Take a look.

So I guess it is not hard to figure out that our MSM is posting just what they are supposed to,instead of anything vaguely smacking of news.This is why I refuse to believe anything that comes out of the MSM. I look for more independent news sources myself.

Tusks
+28 more
posted on Feb, 24 2015 @ 07:57 PM
link
They're all owned by members of the Power Elite TPTB. They all use the Reuters (Rothschild-owned) news service to get their point of view and a few talking points. We no longer have a free press---and haven't for over half a century.
edit on 10/06/2013 by Tusks because: (no reason given)

Despite what is taught in school, let me be perfectly clear - Nazi Germany did NOT lose WWII, they simply cloaked themselves with Old Glory and made their way to America.

Your OP is testament to this.

Oh wait.. we have been saying this for years and people still don't listen

Perhaps this is tied in to obama legalizing propaganda.

Congressman Oscar Callaway lost his Congressional election for opposing US entry into WW 1. Before he left office, he demanded investigation into JP Morgan & Co for purchasing control over America’s leading 25 newspapers in order to propagandize US public opinion in favor of his corporate and banking interests, including profits from US participation in the war. Mr. Callaway alleged he had the evidence to prove Morgan associates were working as editors to select and edit articles, with the press receiving monthly payments for their allegiance to Morgan.

One of the leading papers, The New York Times, printed the story of Congressman Callaway’s call for investigation from Washington, D.C., but the editor chose a curious obfuscating headline:

Very interesting videos and I read the link.But then I have to ask,why would anyone believe a word coming out of our media in this day and age knowing this? I suspect anything that comes out of the MSM because of all the lies. I don't trust any countries media because of it. So where are we to go to get fair and unbiased sources?

You need to read between the lines and analyze what they Do Not Report.

The answers usually lie with who and what benefits the most from any MSM report.

posted on Feb, 24 2015 @ 10:21 PM
link
The forum warriors who buy into all of the Russia/Ukraine/ISIL reporting should take note.

Ms. Moseley, who is 30 years old and keeping her name, is a producer for CBS News in Washington. She graduated from Harvard University.

Mr. Nides, 31, is the executive assistant to Representative Thomas S. Foley, the Speaker of the House. He graduated from the University of Minnesota.

Mrs. Cameron, 27 years old, is a management consultant at McKinsey & Company, the international management consulting company, in Toronto. She graduated from Stanford University and received a doctorate in international relations from Oxford University, where she was a Rhodes Scholar. Her father, a retired senior vice president at the National Bank of Washington, is a former governor of the Federal Reserve. Her mother is a guest scholar at the Brookings Institution.


Mr. Cameron, 31, is a television producer in Toronto for the Canadian Broadcasting Corporation. He also graduated from Stanford, and received a master's in international relations from the London School of Economics and Political Science.

David Rhodes started with Fox News at the beginning in 1996 and rose to Vice President, News. He moved to Bloomberg in 2009 and ABC in 2011.

Seems to be quite a thing with politicians and the media:

- Sen. Scott Brown is married to a TV news reportor

- While Giuliani was mayor of NYC, his wife Donna Hanover was a local news anchor, radio DJ and Food Network host

- George H. W. Bush's nephew John Prescott Ellis worked for NBC while he was in office and running for office and then later for Fox News, including infamously being responsible for calling states on the 2000 election night. His cousin awarded him the Distinguished Civilian Service Award in 2005.

- Former CNN host Campbell Brown is married to Dan Senor who in addition to being a journalist and frequent Fox News contributor, was Mitt Romney's senior foreign policy adviser for the 2012 campaign.

- Andrea Mitchell formerly of NBC and now a MSNBC host has been married to former Fed Chairman Alan Greenspan since 1997.

- Christiane Amanpour's husband James Rubin (married 1998), a sometimes journalist, worked in the Clinton administration and on Hillary's 2008 campaign and then worked for Bloomberg for a year before being appointed to commissioner of the Port Authority of New York and New Jersey by Andrew Cuomo.

- Speaking of Cuomos, Chris Cuomo (Yale and Fordham) is a CNN host.

Sometimes they manage to avoid conflicts of interest:

- NPR's Michele Norris stepped down from hosting All Things Considered while her husband Broderick Johnson worked on Obama's re-election campaign.

- Maria Shriver took an unpaid leave of absence when Arnie was campaigning and resigned from NBC shortly after he became the Governator.

Of course there is also a very very long list of political advisers, party strategists, former politicians and various political operatives who are employed by media outlets:

the OSS just got rid of the O and changed the name to CIA.

Unbelievable, look at all those marriages

originally posted by: NihilistSanta
The forum warriors who buy into all of the Russia/Ukraine/ISIL reporting should take note.

Unless of course they know they just don't care

All the wealthy and powerful of the world are connected for political reasons, even if they are at war in public. 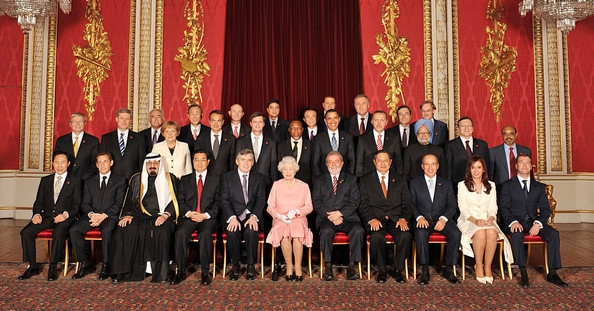 They like to keep their own in positions that protect their hegemony. 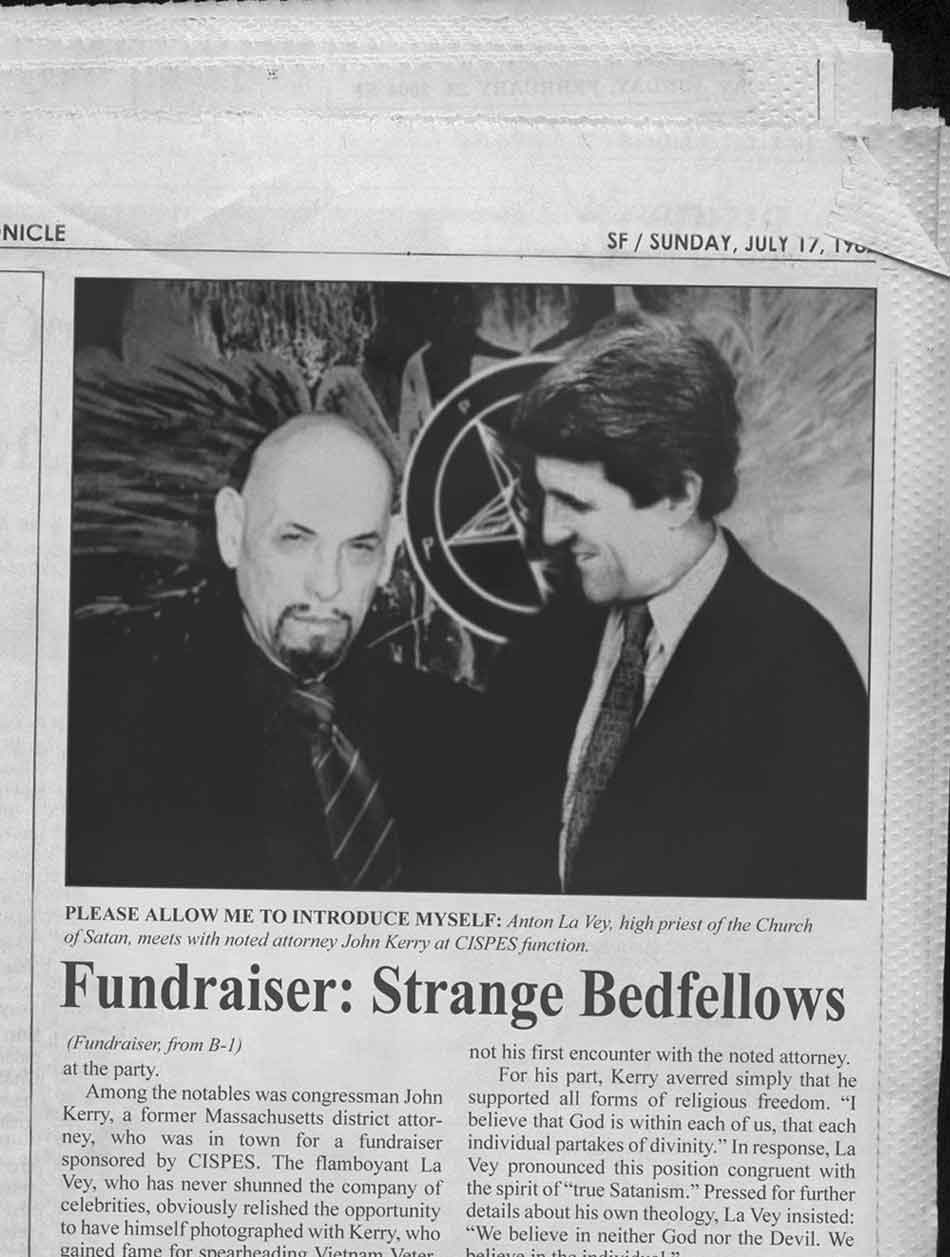 originally posted by: Dimithae
a reply to: xuenchen
So where are we to go to get fair and unbiased sources?

But I have to ask, exactly what type of news are you looking for? I'm one of the growing number people who believe that we know as much on a cultural level of other countries as we need to. We also know what they can bring to the table in the business world. What else do we NEED to know? Why do we NEED trusted news sources all around the globe? We don't. We know where the peaceful parts of the world are and where the fighting is. Knowing WHY that is is pointless. Asking why is crossing the line into redundant behaviour and going over there trying to find out is like poking a sleeping animal. Just leave well enough alone and let the common everyday people of all these countries talk amongst themselves. A truck driver in Argentina is going to have more to say of interest to me than some talking head overseas who "embellishes" what happens in the hopes that I'll give a s**t

If we ever started leaving other countries alone and started using all of our news resources for the reporting of domestic issues, the rest of the world would be in a state of shock and we might actually get things done here. They would also, finally, stop hating that nosy neighbor who thinks he knows everything and what's best for everyone.

posted on Feb, 25 2015 @ 05:38 AM
link
I always wonder why the gang rape of thousands of children in the u.k gets less air time then some racist chelsea fans. This explains it all.

originally posted by: Sublimecraft
I feel like a broken record player but I'm gonna say it again, just to drive it home........

Despite what is taught in school, let me be perfectly clear - Nazi Germany did NOT lose WWII, they simply cloaked themselves with Old Glory and made their way to America.

Your OP is testament to this.

Been saying this for about a decade...

No one believes me.