posted on Feb, 24 2015 @ 05:29 PM
link
From USA TODAY
An Australian woman happened to catch on video an octopus making an ill-fated crab its lunch last week.

Porsche Indrisie came across the crab when she was exploring the pools of Yallingup, Australia,

The story was featured on CNN


In the video, the crab is hanging out on the edge of a tidal pool when an octopus jumps out of the pool and grabs the crab. 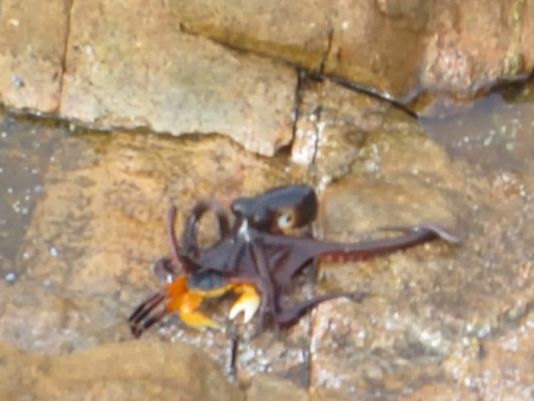 Porsche told WAtoday.com that when she first saw the octopus she thought it was a black crab.

"I was just so surprised the octopus could leap out of the water like that," Porsche told WAtoday.com.


That octopus has some MAD hunting skills! Great day for the Octopus...Not so much for the crab Kudos to that lady and Lucky timing getting it on vid.
edit on 2/24/2015 by DjembeJedi because: (no reason given)

that was so quick, its worthy of creating a new shaolin style , or maybe a new film entitled 'crouching pussy, tasty Crabs'

so much strength in the tentacles ,I suppose eating crab you would have


Great video. Forgive me, but whenever a thread on the octopus surfaces, I have to post this. It's one of my favorite songs.

lol i like how at the end the dudes like ........scientist say it can happen lol
who cares what they say i seen it with my own eyes i dont need scientist to tall me that what i am looking at can happen lol

the world has gone retarted

originally posted by: Skid Mark
Now that was cool! I didn't know they could come out of the water like that. It just came out like a rocket. How long can they stay out of water?

I have no idea how long they can stay out of water, but this vid shows that they can most definitely get out and walk around.
(Cephalopods are so cool)

As long as they keep their gills moist, they are okay. Damage can be done to the tentacles, though, depending on what type of surface they are crossing. I've read that octopi living in tidal pools and hunting this way is actually fairly common. Usually the octopus is only out of water for a few seconds.

posted on Feb, 24 2015 @ 07:51 PM
link
I wonder if this crab would have been so easily subdued if it weren't so concerned with this curious towering creature coming at it from the land? 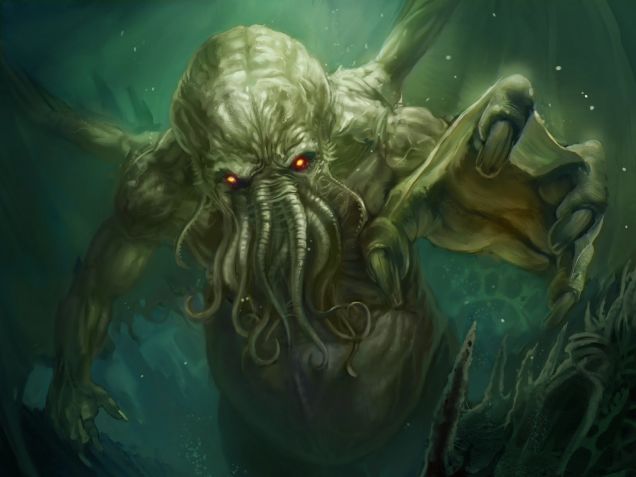 I was thinking the same thing, a "human" snack that was fishing off a pier....a reply to: Skid Mark

I remember seeing a movie at a drive in when I was a kid that had to do with a giant octopus running amok and eating people. I can imagine what the news would be like.

Hah! I was thinking H.P. would've loved to see something like the octopus in the video. Or maybe he did ...

lol no kidding attacked on all sides flee

originally posted by: Skid Mark
Call me weird but I just had this picture in my head when I saw this:

originally posted by: Skid Mark
a reply to: ColeYounger