posted on Feb, 24 2015 @ 04:11 PM
link
So some of you may remember the Lunar XPrize Competition. Well it looks like competitors from Japan and the USA will be having a friendly Competition of their own.


The United States’ Astrobotics and Japan’s Hakuta teams announced on Monday that they plan to send their robot rovers to the moon on the same SpaceX flight next year. Astrobotics has developed a lander called the Griffin that will deliver the pair to the surface where they will compete for a portion of the $20 million grand prize.


To win, the solar-powered off-roaders will have to travel at least 500 meters while streaming HD video back to earth. Astrobotic CEO John Thornton said in a press release that they envision a “NASCAR on the Moon’ scenario, where competing teams land together, and countries can cheer on their team to the finish line.” 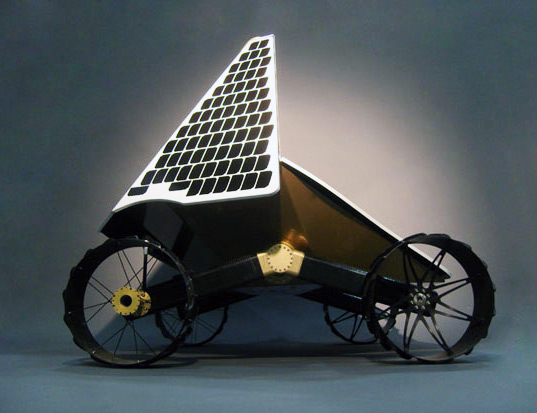 Now whats cool is these guys are competitors but are working together to reach a goal. They have teamed up to bring the best and exciting moon video/science/exploration in a long time. Here is the announcement from Google.

Last month, both teams were awarded Google Lunar XPRIZE Milestone Prizes: HAKUTO won $500,000 for technological advancements in the Mobility category, while Astrobotic, in partnership with Carnegie Mellon University, won a total of $1.75M for innovations in all three focus areas—Landing, Mobility and Imaging. Throughout the judging process, all three rovers, Moonraker, Tetris and Andy, demonstrated the ability to move 500 meters across the lunar surface and withstand the high radiation environment and extreme temperatures on the moon.

This partnership between the teams demonstrates a new phase of collaboration within the Google Lunar XPRIZE competition. Both sides will benefit with HAKUTO obtaining a ride to the moon and Astrobotic securing an important customer for its long-term lunar delivery service venture. This joint contribution would be reflected in a share of the prize purse.

The target area for this landing will be the Lacus Mortis region, located in the northeastern part of the moon. Images from spacecraft orbiting the moon suggest that Lacus Mortis holds a pit or a skylight, and could potentially be an entrance to a lunar cave. These caves are thought to be lava tubes and could prove scientifically important in explaining the moon's volcanic past. Longer-term, they have potential to house habitats that would protect humans from the hostile lunar environment.

Here is the press release. lunar.xprize.org...

SPACE CAVES!?!?! Woot WoOT The geek inside of me is loving what the private sector is doing for moon exploration.

I cant wait to be able to view the HD video of some racing and lunar caves. Just a fun update that I thought you guys would enjoy.

I haven't been this excited since.....damn it must be Kepler, good Lord my life is boring!!!!

I can't wait, this will be so cool.

And potentially exploring a lunar cave as well!!!! Whaaaat?!!!

I am curious how much farther than the 500 meters they will but get, forget NASCAR, this might turn into a le mans type endurance race!!!!

I bet 2K is the farthest one will get.

I can spare a dollar!

I know what you mean. This is a great argument for the private sector becoming involved in space related ventures.
Dont get me wrong I have a serious soft spot for NASA , but this is just plain cool.

Maybe NASA could try a Martian Rover Death Match and have their remaining rovers enter a battle Royal...
Your welcome NASA, that ones a freebie .

I can spare a dollar!

I know what you mean. This is a great argument for the private sector becoming involved in space related ventures.
Dont get me wrong I have a serious soft spot for NASA , but this is just plain cool.

Maybe NASA could try a Martian Rover Death Match and have their remaining rovers enter a battle Royal...
Your welcome NASA, that ones a freebie .


Now we are talking, " robot death battle on the moon"....I would buy pay per view to watch that.

Honestly, I think this could be amazing! Great find. I can't wait to follow this and see what it brings us.
edit on 2/24/1515 by Martin75 because: (no reason given)

originally posted by: Asynchrony
Sounds like fun. I use to watch that robot fighting show years ago.

I say they do the mission then have a robo death match.

posted on Feb, 24 2015 @ 08:07 PM
link
This is extremely cool. Nothing like a bit of friendly competition. Reminds me of "Scrapheap Showdown" (or "Junkyard Wars" as it was known in the US).* As far as exploring caves, I don't think the X-Prize rovers are up to it. They don't have a way to get into the skylights, don't have illumination to see what's in there, and don't have a way of maintaining a radio link through tons of rock if they do go in. I don't doubt that a purpose-built autonomous rover could be built to try it, but that's not the point of the X-Prize. I'd much rather they visited an Apollo site. Apollo 15 had the best scenery, but Apollo 12 had the 2-for-1 spacecraft special.

*Trivia: The inspiration for "Scrapheap Showdown" / "Junkyard Wars" came from the scene in the movie "Apollo 13" when a team of engineers were on a time limit to make an adapter for the CO2 filters using only material available in the spacecraft. Creator/producer/hostess Cathy Rogers saw that and thought, "You know..."

Wow thanks for the enlightening post. You brought up some very good points about the rovers capabilities....
Would have never though of that, good thing im not at mission control. I'd be dropping down every hole ill prepared.

Interesting facts about junkyard wars, that's going in my trivial pursuit knowledge for sure. I'll brain dump something else to make room for it hmmm.... , algebra perhaps?

In my mind it is just the fruition of pretty much every sci-fi book I ever read where space belongs mostly to corporations that become so big and rich they are like sovereign entities. I think it is a good thing, but I am not entirely sure. Shoot as long as they eventually take me to space I don't care who has their name on the side of the craft.