posted on Feb, 24 2015 @ 09:16 AM
link
The following atrocity, is one of plenty evil doing from those "savages" who claim to be victims. Israel doesn't seem to surprise when it comes to wrong doing.


Israeli troops have shot dead a Palestinian teenager and wounded several others at a refugee camp near the West Bank town of Bethlehem, Palestinian medics say.


The 19-year-old Palestinian identified as Jihad Shehada al-Ja’fary was killed on Tuesday, when Israeli soldiers invaded the Deheishe refugee camp. 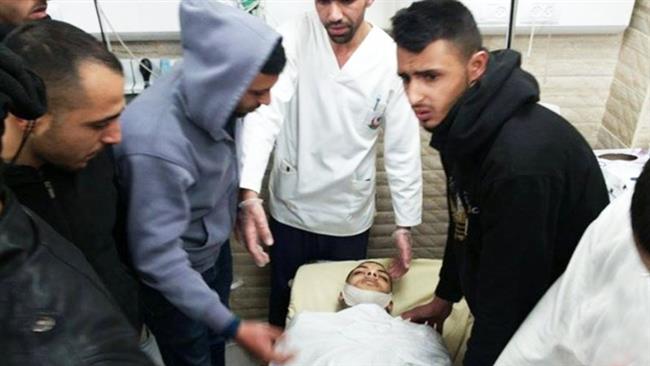 According to medical sources, the Palestinian man was shot by a live round that penetrated his left shoulder and lodged in his chest, causing a severe bleeding.

Israeli troops prevented medics from reaching the seriously wounded teen and he bled to death before the medics managed to move him to the al-Yamama hospital, the sources said. 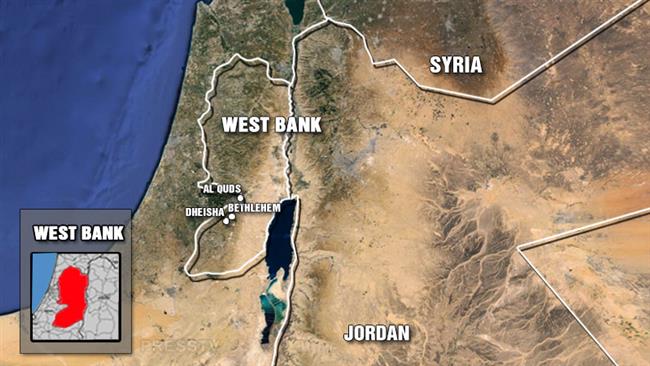 The slain Palestinian teen was standing on his home’s rooftop, overlooking the main road, when he was killed. 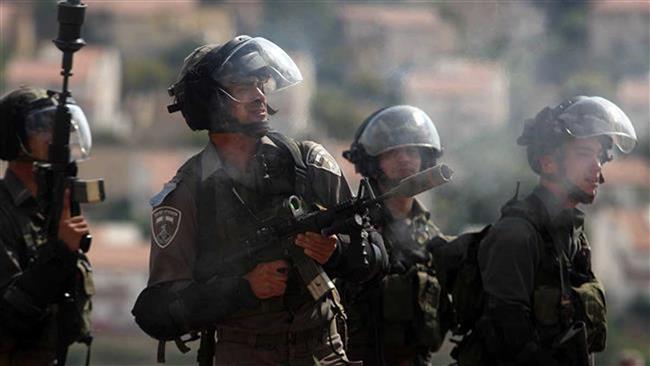 According to the residents of the Aida refugee camp in northern Bethlehem, the Israeli forces raided the camp with police dogs and used tear gas and stun grenades against Palestinians.

The residents said the Israeli forces also targeted ambulances that tried to reach the injured Palestinians and an ambulance driver suffered the suffocation caused by excessive gas inhalation.


source
source2
edit on 24/2/2015 by voyger2 because: (no reason given)
edit on 2/24/2015 by semperfortis because: Changed ttitle to accurately reflect source article

No single source of information from this area of the world can be relied on. You literally need 2-3 correlating sources. You don't have it.

Now, having said that, let's look deeper at the tactic of attacking ambulances. Generally considered a war crime.

My point is, if it was true, I'm fairly sure that a majority of Americans would support it. It's up there with justified genocide, sniping children, torturing, droning and domestic apartheid. Pretty much anything and anyone goes that doesn't bow down to the exceptional empire.

Yes, the moral fiber of the US is that bad.


Gonna look into this further.

posted on Feb, 24 2015 @ 09:31 AM
link
the peaceful coexistence Israel says it wants to much is covered in so much innocent blood i fear they have a skewed understanding of the word "peace"
And it's mostly american money that is being used to shoot those weapons.

Blood boiling but not too surprised. I had to back out
and remember this was the same crew that cleared the
Israeli fighters to strafe the USS Liberty's lifeboats too.

An ambulance, though? As others have said--- it this is
true, every ambassador in ISrael right now should come home.
War is the absolute failure of diplomacy, and the Zionists
have proven themselves inhuman failures to be shunned.

About the International Middle East Media Center:
IMEMC is a media center developed in collaboration between Palestinian and International journalists to provide independent media coverage of Israel-Palestine.

I normally oppose all the anti isreal bs on ATS, but damn man, an ambulance?

That is messed up.

Of note though, not saying this is true, but this is how my conspiracy side thinks, the Palestinians do have a history of using schools ambulances etc as a way to hide and move weapons.

Are we absolutely sure the ambulance wasn't transporting weapons or fighters?

If it was, it is no longer an ambulance, but a legitimate target.

men.. this people are in refugee camps, they are controlled to their teeth by Israel forces ... they are considered garbage to them, they have no respect for Palestinians, Lebanese and others.. In a situation where people are fighting to stay alive (after being shot) the last thing an ambulance will carry is weapons.. in this situation a young boy was dying, other were gas or stunt and needed help, but Israel military didn't allow ambulance to go in.

Do you know what is Firing Zone 918, here take a look

men.. this people are in refugee camps, they are controlled to their teeth by Israel forces ... they are considered garbage to them, they have no respect for Palestinians, Lebanese and others.. In a situation where people are fighting to stay alive (after being shot) the last thing an ambulance will carry is weapons.. in this situation a young boy was dying, other were gas or stunt and needed help, but Israel military didn't allow ambulance to go in.

Do you know what is Firing Zone 918, here take a look

The Palestinians have a history, one that is well documented mind you, of using ambulances schools hospitals etc to hide and move weapons and fighters.

If it was doing either, just like a medic on the battlefield picking up a rifle and using it, is now a legitimate target.

If this is not the case.....uggh I hate humanity. People just suck so bad all the time.

I don't want to derail, but, please infinity, provide the so called "well documented" history, of Palestinians using ambulances and hospitals to hide weapons.

Never heard anything like that about the West Bank.

posted on Feb, 24 2015 @ 10:19 AM
link
(Ex) A spokeswoman for the Israeli army said that troops were attacked by people throwing stones and incendiary devices, adding that one soldier was wounded.

"After trying in vain to disperse the crowd of attackers, our forces felt in danger and opened fire at the leader of the rioters, who was hit," the spokeswoman said, without elaborating. (Ex)


So, not only have they stated that the guy on the roof of his house was the ringleader of a "crowd of attackers"...
How that's possible, I don't know...

But also, they haven't actually established why they needed to be there in the first place.

posted on Feb, 24 2015 @ 10:28 AM
link
I saw a video where an American did pretty much the same thing. He was a gunner on an Apache helicopter in Iraq, and after blowing a handful of reporters to pieces, a van pulled up to help the one guy who was still alive and trying to crawl to cover. The sliding side door of the van was wide open and you could clearly see that there was nothing in the van, no RPG's, no one crouched down with a rifle, just a man and a couple of kids. I don't think I need to tell you what happened next... and all because they were trying to help a reporter that the soldier mistook for a terrorist.

How about video evidence from rueters?

I could fill this page with links to stories that are less than 2 years old.

Hence their well documented use if hospitals schools and ambulances to hide and transport weapons and fighters.
edit on 24-2-2015 by infinityorder because: (no reason given)

actually no. For a "well documented" history it doesn't suffice. How the above video prove that it was in Palestine? Gaza or west bank? Could it be Lebanon?
2006 Lebanon War


started on 12 July 2006, and continued until a United Nations-brokered ceasefire went into effect in the morning on 14 August 2006, though it formally ended on 8 September 2006 when Israel lifted its naval blockade of Lebanon.


Expresses “its utmost concern at the continuing escalation of hostilities in Lebanon and in Israel” that “has already caused hundreds of deaths and injuries” and “extensive damage to civilian infrastructure and hundreds of thousands of internally displaced persons”, and “Calls for a full cessation of hostilities” including “the immediate cessation by Israel of all offensive military operations”.


79 Israeli Violations of U.N. Security Council Resolutions
please provide facts ...
edit on 24/2/2015 by voyger2 because: (no reason given)

posted on Feb, 24 2015 @ 11:08 AM
link
The ambulances were probably there to evacuate the wanted terrorists the IDF was doing the raid to get.
They use ambulances as combat troop carrier vehicles.

I mean come on.....there are mountains of evidence.

Don't let your hatred of isreal blind you to the facts here.

It is a real possibility that this is what occurred.

I am not saying it did, we don't have all the facts yet, but it is a well documented fact this happens.

posted on Feb, 24 2015 @ 11:09 AM
link
The following is my opinion as a member participating in this discussion.
That's from Iran state controlled media - PressTV.
Do we have any other sources to confirm this story?
Something more reliable and neutral? That would be helpful.