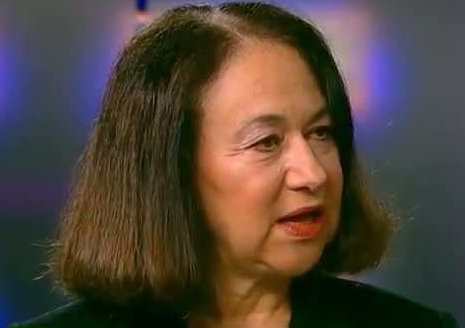 Things are getting downright creepy folks Another whistle blower? Or bunk?

Former World Bank Senior Council, Karen Hudes has been making a lot of noise lately, and she recently said something she’s never said before. She said that a second species on Earth controls money and religion. Many people who have held positions to know things that the rest of us might not know have made some very shocking statements lately. For example, Paul Hellyer, former Canadian Minister of National Defence recently said that there are at least “4 known alien species that have been visiting Earth

They have elongated skulls, they may produce offspring in mating with female humans, but that offspring is not fertile. We live in a world of secret societies, and secrets, and the information that ought to be public is not public.”
edit on 23-2-2015 by canucks555 because: (no reason given)

Karen Hudes studied law at Yale Law School and economics at the University of Amsterdam. She worked in the US Export Import Bank of the US from 1980-1985 and in the Legal Department of the World Bank from 1986-2007. She established the Non Governmental Organization Committee of the International Law Section of the American Bar Association and the Committee on Multilateralism and the Accountability of International Organizations of the American Branch of the International Law Association.

I hope so! The alternative is...troublesome to think about..

That would mean that we've been slaves all along...but not slaves to humans.

Slaves to the Units!

This has gotten my attention over the past couple of years.

I tend to concur with Mr. Paul on the subject but, who knows?

originally posted by: rickymouse
So is this second species called Women? My wife seems to control the money in our house.

Os she self righteous too!! You could be on to something.

....I'll be watching my wife closely.

IMO, this is plausible nay possible. In reading stgreport about Ms Hudes and being intrigued with this scenario, I cannot help think of Gen 3:15 which says......

And I will put enmity Between you and the woman, And between your seed and her seed; He shall bruise you on the head, And you shall bruise him on the heel."

Almost everyone I have met in my life just wants peace and to be happy - so why is it that we are constantly fighting? Why are there mega-rich BLOODLINES. Why are our "leaders" seemingly so philosophically different than me - average Joe.

I can only conclude that these bastards simply do not have a human soul, consequently, they are not like me.

Although, in her interview she did discredit the idea of extraterrestrials on the planet

Wait so they're not aliens?

I'm sorry but she sounds a little crazy.

It seems like her main reason for believing the "second species" wasn't human was their elongated skulls. As most know there are humans with such skulls and there's really no reason to believe the ones she's talking about are anything else.

posted on Feb, 23 2015 @ 10:53 PM
link
She actually has been saying some controversial things for a while now, if you Google her.
-I wouldn't be surprised if there are other Hudes threads here on ats..

posted on Feb, 23 2015 @ 10:56 PM
link
This is an extraordinary statement from someone with extraordinary credentials.
How strange this is.

posted on Feb, 23 2015 @ 10:59 PM
link
She has a point though, I have to admit. But...religion is merely the interpretation of Gospel. The reality is that there is no religion, only God. This "second species", as she so put it, are certainly not in touch with the Holy Spirit.

In fact, when she was fired for blowing the whistle on corruption inside the World Bank, she held the position of Senior Counsel. She was in a unique position to see exactly how the global elite rule the world, and the information that she is now revealing to the public is absolutely stunning.

Since the elite also own all of the big media companies, the mainstream media never lets us in on the secret that there is something fundamentally wrong with the way that our system works.


However another case of 2nd or 3rd hand testimony...If the beings with elongated skulls are not human beings but are from Earth, what are they? Surely we can have some idea if they flourished during the Ice Age? Could this history actually be covered up?

I googled her awhile back and found some amazing stuff. Almost follows along the lines of The Greenland Theory, the book.
Her alien denial goes along the lines of operation bluebeam. Holograms and memory manipulation. That's my story and I'm sticking to it
and Twitter sent me here.
edit on 23-2-2015 by raypsi13 because: (no reason given)

originally posted by: rickymouse
So is this second species called Women? My wife seems to control the money in our house.

They really are a species unto themselves LOL, but don't tell mine I said that.

Karen Hudes has been at this for a while. Unless she can come up with some real proof, what's the point?

seasoul
+15 more
posted on Feb, 23 2015 @ 11:50 PM
link
One night in a SFV California neighborhood, decades ago, I witnessed an unusual looking individual hiding behind some bushes. The lone figure appeared to be spying on an indoor house party.

At a distance it looked like someone wearing a costume. So out of curiosity I approached it from behind. At about fifteen feet from it, I became paralyzed and was unable to move any further.

At that point it slowly turned around, and faced me. It had a pale complexion, large bald head, and beady eyes. Wearing a loose black cloak with a high collar that covered its ears, it had extremely long fingers, and smiled at me exposing fang teeth.

The smile seemed to say, I've got you by the balls. There was what I believe to be a short telepathic dialog, that simply said, "I'm a time traveler, from your future, and I'm here looking for female meat."

To this day I still have a clear recollection of the approach and encounter, but absolutely no recall of departing the scene of a wicked humanoid being, that was virtually identical to this creature. 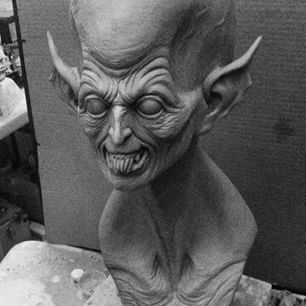 She either blew a neuron with too many vital connections, or we are a most delusional public, for sure.


There is something very strange about these folks. Just look at how they have managed to make the world revolve around banks, cash and credit. They run, rule and own the world with unbelievable energy.

originally posted by: ecapsretuo
This is an extraordinary statement from someone with extraordinary credentials.
How strange this is.

I done think her credentials are extraordinary unless someone can show me otherwise.

The only biography I can find says she merely worked in the legal department of the World Bank.

She sounds mentally ill to me.