The Volvelle -- A paper analog computer from the 15th century

posted on Feb, 23 2015 @ 05:01 PM
link
Back in the 15th century, tools were sometimes attached to manuscripts, such as a disk, dial or knob, or even a complete scientific instrument. Such ‘add-ons’ were usually mounted onto the page, extending the book’s primary function as an object that one reads, turning it into a piece of hardware.

Adding such tools was an invasive procedure that involved hacking into the wooden binding or cutting holes in pages. In spite of this, they were quite popular in the later Middle Ages, especially during the 15th century. This shows that they served a real purpose, adding value to the book’s contents: some clarified the text’s meaning, while others functioned as a calculator or, astonishingly, allowed the reader to tell time. These fascinating add-ons – which are really not that different from the apps on our smartphones – turned a static handwritten book into an interactive object. 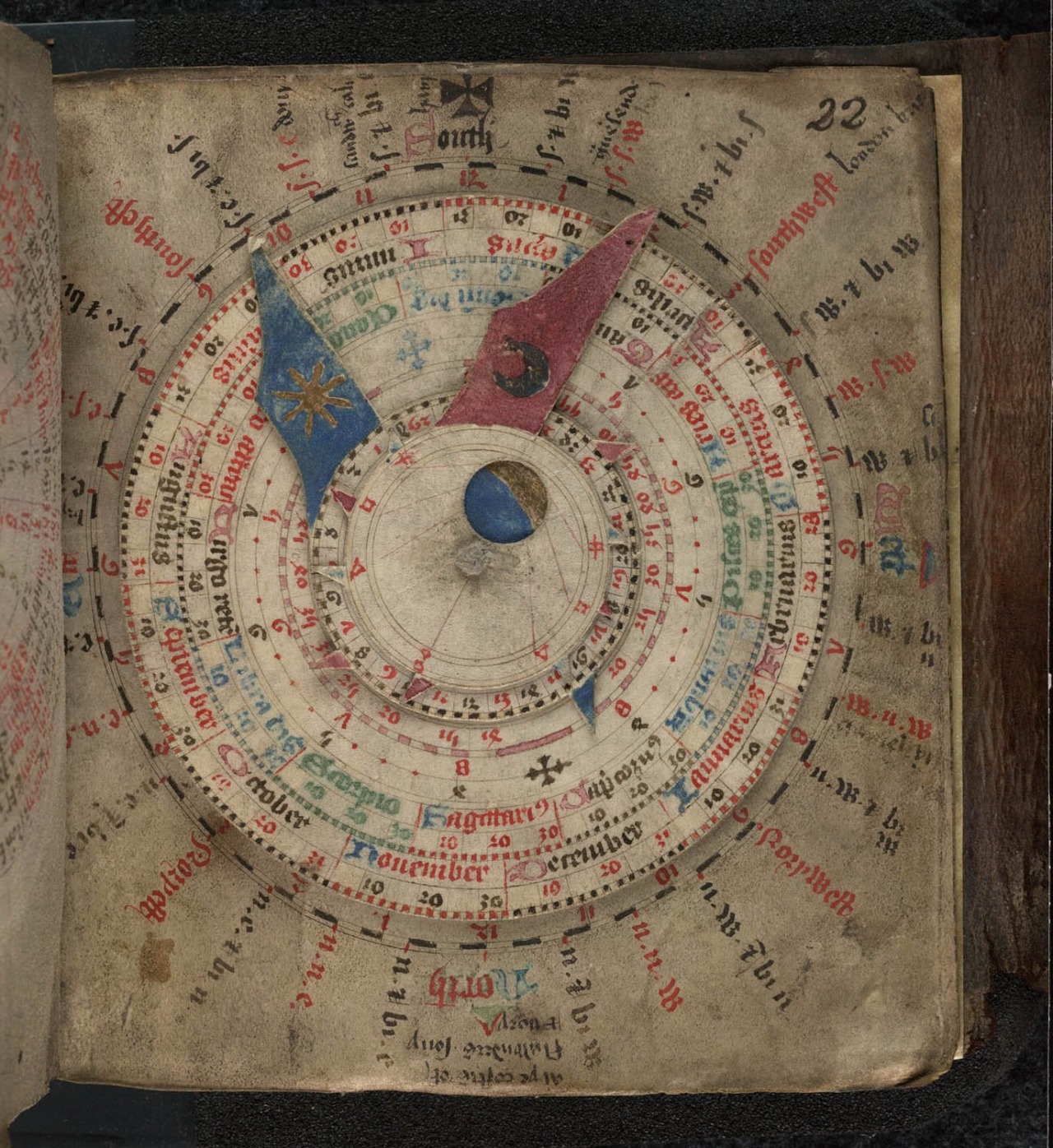 A volvelle is an instrument that consists of one or more rotating disks mounted on the page. Volvelles allowed the reader to make a variety of complex calculations, such as the position of the sun and the moon, or the precise date of Easter – which was, like the volvelle, a moving feast. The one seen above contains no less than three revolving disks, which are pinned to the page in a central point: two show the cycle of sun and moon, while a third presents the Zodiac.
Note the depictions of the sun and moon on the pointers.
In spite of its simplicity the Volvelle provides a wealth of data, however they were not always crude instruments providing dry data.
Some are actually a pleasure to look at 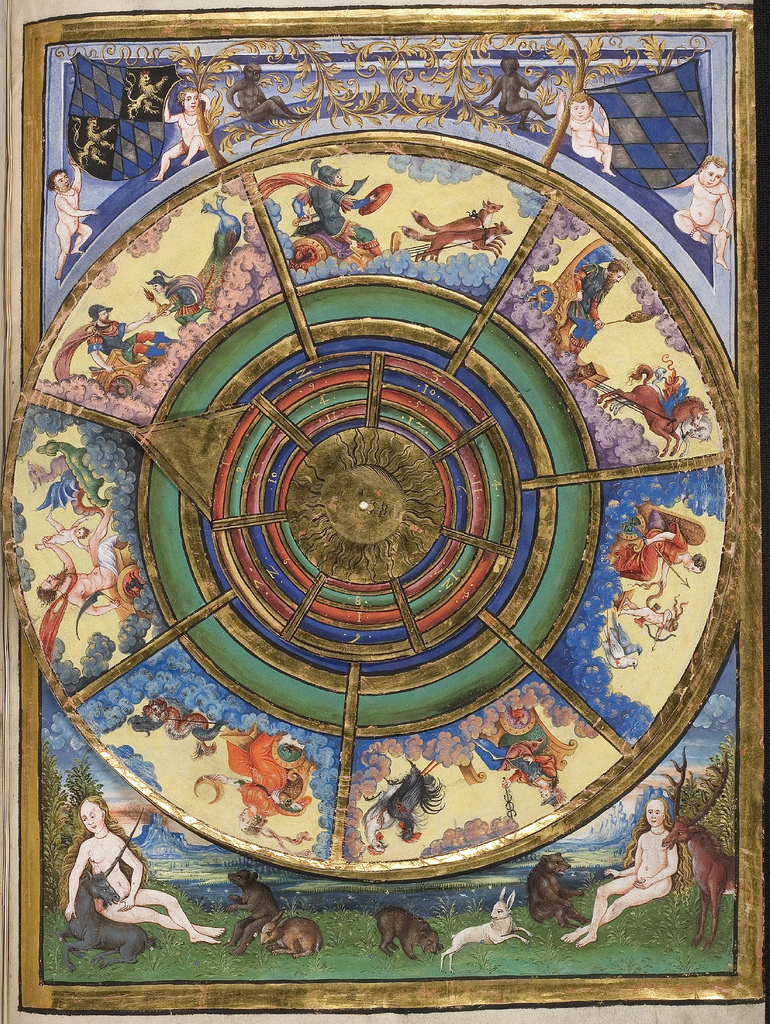 The Volvelle below calculates the date of Easter, a popular application.
In this case the answer is pointed out by a spinning lady 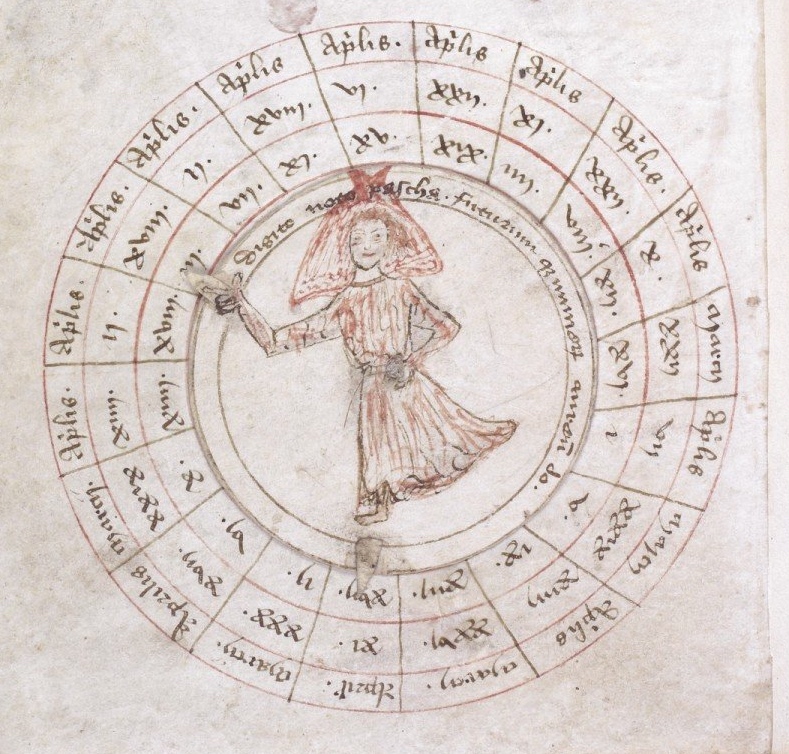 Some of the oldest volvelles are connected to the scientific explorations of Raymond Lull, a fourteenth-century scholar, who introduced the device from Arabic scholarly culture. It explains why the oldest ones are found in books holding works by Raymond Lull. These older specimens are less sophisticated: they have a limited number of disks and present less data on and around the dials.
You can see a Lull specimen from the 14th century Here

Such crude medieval computers could make a page very bulky. It is surprising, however, how much volume a volvelle could take up without compromising how well the book could be handled. There are ones that even make use of pieces of wood, giving it the appearance of a real instrument, but also adding a certain clunkiness.
An example below. 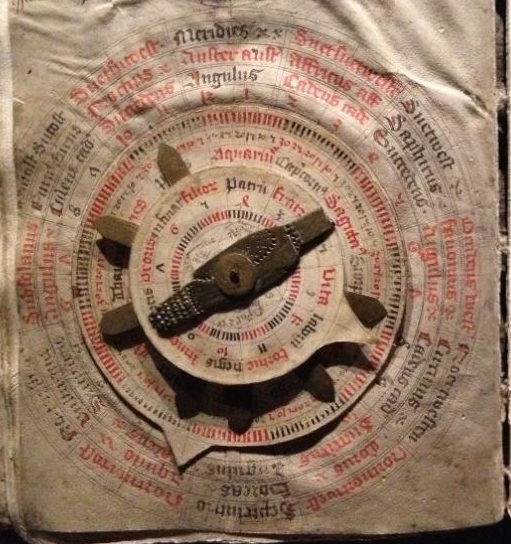 The last example of an instrument that was added to a book has to do with the sun. Like an iPad, the book below has a smart cover. The front of the sheepskin bookbinding is not filled with fanciful decoration, as was often the case, but rather a sundial was pasted on it. The reader could put the book in the sun and place a stylus on the cover, which would reveal what time it was. While it may not have been a very practical clock, the cover reveals that it was likely used to this end: the ‘footprints’ of the stylus are still visible (note the small circle and the black stain near the letters IHIS, at the bottom). Moreover, the severity of the stain suggests the book was frequently used to tell time. 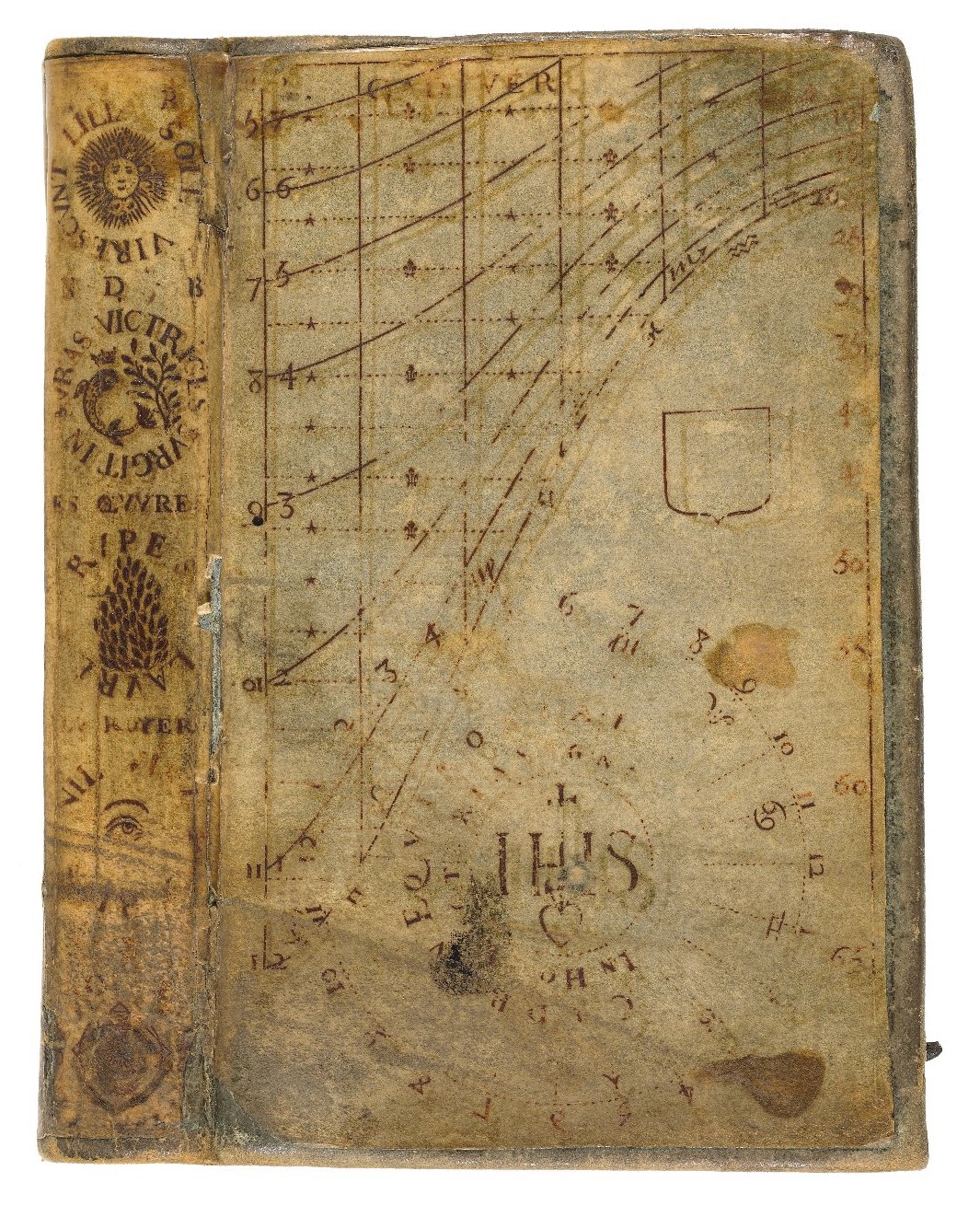 Just like our modern smartphones, the medieval book could be a versatile tool that combined contents with an untold number of applications – giving the scriptorium the feel of an App Store.

There you have it ATS, the wonderfull volvelle

posted on Feb, 23 2015 @ 05:19 PM
link
Thank you for this presentation. Interesting to see how our ancestors dealt with solutions tp their problems.

I'm sure they had less spam in their books tho... lol

posted on Feb, 23 2015 @ 05:20 PM
link
Ok, this by far is one of the more interesting threads I've seen for awhile. Not to say there aren't others but this one is absolutely fascinating.

Great thread. Funny...., I knew about this "device" for many years and had the chance to play with hand made modern versions of it when I was a kid. Thanks to you now I know its name and finally was able to search it online. Great activity for the kids.

These are definitely apps. I guess the need to do them pre-dates smart phone tech by a long while. Today we are simply experiencing the latest manifestation.

Sweet, SK. Flag and star. The second offering is a gorgeous
water color. The detail is just as good as a Gutenberg Bible
and classy as well!
Being the slide rule type I HAD to return and complement
your discovery of a nice 2D job. Always liked them.. for
everything between bread dough and vented speaker boxes
when your batteries are gone. CHEERS