posted on Feb, 21 2015 @ 01:30 PM
link
Who doesn't love a story about a person discovering a treasure in their own home? Walter Elliot, an 80 year-old historian from Selkirk, Scotland, was going through items in his attic when he came across a 48-page pamphlet, entitled the The Book o' the Brig, that had been given to him by a friend 50 years earlier. He'd apparently forgotten all about it in the years since.

The pamphlet contained short stories written in 1904 as part of a 3-day event, the Brig Bazaar, to raise funds for rebuilding a wooden bridge in Selkirk that had been destroyed in a great flood two years prior. 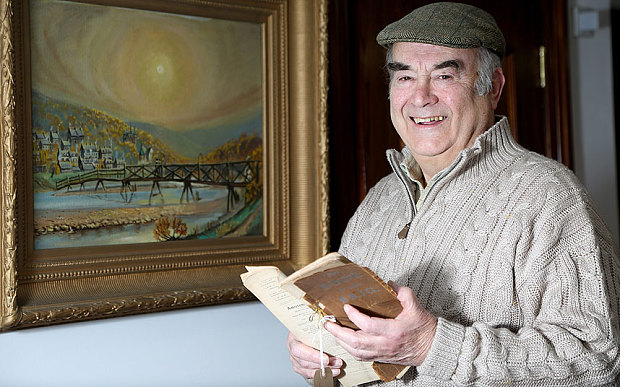 Mr Elliot has now unearthed a copy of the book and spotted his story "Sherlock Holmes: Discovering the Border Burghs and, by deduction, the Brig Bazaar".

It is believed the story - about Holmes deducing Watson is going on a trip to Selkirk - is the first unseen Holmes story by Doyle since the last was published over 80 years ago.

The booklet will be on show at the Cross Keys Selkirk Pop-up Community Museum from Saturday, along with Mr Elliot's painting of the replaced bridge.

Reminds me of a Sherlock Holmes quote from The Hound of the Baskervilles:

"The world is full of obvious things which nobody by any chance ever observes"
edit on 2015-2-21 by theantediluvian because: (no reason given)

I have Doyle's The Complete Sherlock Holmes and it has sat on my library shelf with the last story remaining unread as I always wanted their to be more Holmes.

I am going to read that story right now knowing that this one is still out there for me to read.

posted on Feb, 21 2015 @ 03:00 PM
link
I have read every single Sherlock Holmes story, more than once. It would be wonderful if this were published.

posted on Feb, 21 2015 @ 04:59 PM
link
Flippin paywalls...the text of the story is supposed to be there - but I have exceeded my clicks for the month. Ah well, waited this long for a new Holmes story - I can wait until March 1. Not even the delicious tease of a potential new Holmes read will induce me to part with a "subscription" fee to mass media.

I can't imagine that it wouldn't be published. If I'm not mistaken, the copyrights to all of Doyle's work expired in 2000 (70 years after his death) so this story would be in the public domain.

I'll keep an eye out for it then. I love it when unknown works finally see the light of day.

Fantastic news indeed. Thanks for the link.