posted on Feb, 21 2015 @ 09:43 AM
link
I've been playing this game for a while now and can't wait for future updates. These videos came from a comment on steam and they really highlight what the game is capable of. Build a crazy death dealing machine and complete the objective. Did I mention its only seven bucks?

Build huge complex machines and watch them come to life as you start your assault! I laughed so hard during my first play though and when I got the hang of things, it became super fun. There is currently no tutorial, no be patient. I built a bomber that could stop and hover over a target. Here's a pic, 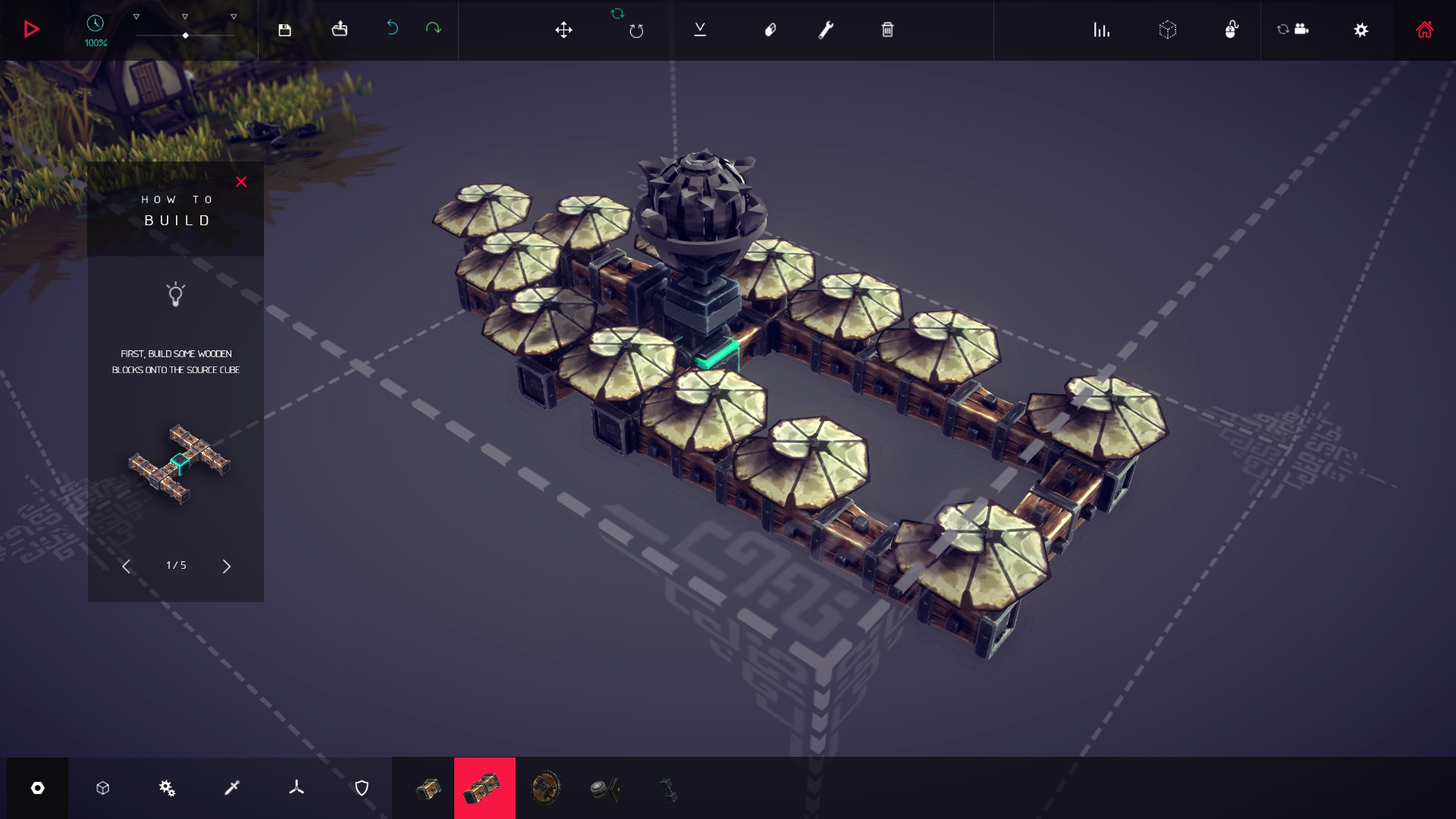 And now onto the video's, these are absolutely amazing! They definitely inspire me to work harder at my creations. Half this stuff I didn't even know was possible.

posted on Feb, 21 2015 @ 11:11 AM
link
I bought it a couple of weeks ago. It's pretty fun, but I'm waiting for more features. I made a plane (no upward flying blocks, only forward) and it works ok, but it would be better if the camera followed and rotated instead of just translating behind the creation. Also, it needs to have multiple keys perform the same action... it would be nice, anyway. That would make flying my plane a lot easier.

I beat most of the current levels with only a small turret I made, it's just a basic vehicle with a separate aimable turret on top with two cannons, and a piston-extended grabber arm. For castle levels, I built a trebuchet, for marksman's pass I made some fast little armored car, and then there was one level I had to have some giant armored tank with lots of spikes and blades and death.

The simplicity of the game is what makes it so brilliant. I love how it really doesn't restrict you on your builds. No piece limits or anything like that. There is a size limit to advance the levels but you can turn that off. The only real restriction is your own imagination.

I hope they up the difficulty in the future updates. Right now it's pretty easy. I get more joy out of the failures of my machines than the ones that actually work. I can play for hours and just laugh my butt off watching my machines shamble to massive epic fails.

For the price I definitely recommend picking this one up. The system requirements are super low. So low in fact I bet it would port to a mobile platform easily. I would love to have a mobile version now that I think about it.