A senior US scientist has expressed concern that the intelligence services are funding climate change research to learn if new technologies could be used as potential weapons.

Alan Robock, a climate scientist at Rutgers University in New Jersey, has called on secretive government agencies to be open about their interest in radical work that explores how to alter the world’s climate....

...Last week, the National Academy of Sciences published a two-volume report on different approaches to tackling climate change. One focused on means to remove carbon dioxide from the atmosphere, the other on ways to change clouds or the Earth’s surface to make them reflect more sunlight out to space.

The report concluded that while small-scale research projects were needed, the technologies were so far from being ready that reducing carbon emissions remained the most viable approach to curbing the worst extremes of climate change. A report by the Royal Society in 2009 made similar recommendations.

The $600,000 report was part-funded by the US intelligence services, but Robock said the CIA and other agencies had not fully explained their interest in the work.

“The CIA was a major funder of the National Academies report so that makes me really worried who is going to be in control,” he said.

Robock said he became suspicious about the intelligence agencies’ involvement in climate change science after receiving a call from two men who claimed to be CIA consultants three years ago. “They said: ‘We are working for the CIA and we’d like to know if some other country was controlling our climate, would we be able to detect it?’ I think they were also thinking in the back of their minds: ‘If we wanted to control somebody else’s climate could they detect it...

It's easy to just dismiss this as wacky conspiracy theorist fodder but the man is a respected authority in his field. And we do know that the U.S. government has dabbled with this before.

So what do you think ATS? Should intelligence agencies be funding these studies? Is the U.S. government still pursuing the goal of controlling the weather for military purposes even though these efforts have supposedly been abandoned and are considered taboo?

Weather weapons sounds like human ego alright. Can't be on this rock forever I guess

If they tried this tech-weapons on anyone, it would turn from nation vs nation to people vs governement/military , very quickly.

Our Earth is what we all have in common, f* with it, you f* with all of us.

I'd say this part sort of validates the general consensus in my eyes.

A senior US scientist has expressed concern that the intelligence services are funding climate change research to learn if new technologies could be used as potential weapons.

Why would anyone need to research "new technologies" if they had been doing it for 20+ years?

I would expect most civilized nations with a military are looking into any and all weaponry that could be used either by the enemy, or against the enemy. (even if they made a shiny treaty against it)

But the links to HAARP, which isn't even operational anymore, seem to be more like conspiracy fodder than reality.


I do remember not long ago, there was an article about Obama causing the polar vortex to dip lower than usual for some helpful reason, and if I remember right, it was not a conspiracy type article, but I cannot find it now, nor any mention of it. I fully admit to a piss poor memory, and may have not read something correctly, but if anyone finds something close to that, it might be an interesting addition to this thread.

posted on Feb, 20 2015 @ 10:50 AM
link
This sounds familiar, but not exactly what I remember. They way it's written, makes it seem quite "matter of fact" like, but it's wild fantasy without some sort of back story.
www.benningtonvalepress.com...

SAN NARCISO, Calif. (Bennington Vale Evening Transcript) -- The scientists commissioned by President Obama to construct the polar vortex machine -- a massive and covert device capable of generating freezing weather patterns across broad geographic regions to replicate arctic conditions -- have admitted that the technology has gotten out of control and is now, itself, contributing to global warming. Dr. Mason Sturmarzt, the head meteorologist for the clandestine project, said the device -- the existence of which was uncovered Monday by conservative radio host Rush Limbaugh -- is displacing substantial amounts of heat, "just like a refrigerator or air conditioner. It's basic thermodynamics, and we should have accounted for that."

well, there is this:

"The publication is presented as satire, not comedy, and certainly not reality."

So it can be used to there advantage... If that scientist just realized that he's had his head in the sand.

now that just ruined it for me.

It's probably a reprint from an Onion article. I should have known it's still Bush's fault. 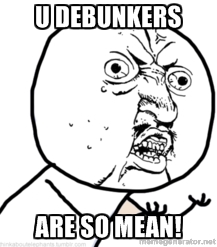 posted on Feb, 20 2015 @ 11:19 AM
link
But if it military application of weather modification was banned in 1978, then why is the NSA interested in funding research into it? And their own research efforts were defunded in 2012, but they are still paying for the research of others.

So, I guess, the implication is that even if we make the leap that our own agencies are not pursuing this technology, they are at least concerned that someone is.

originally posted by: kosmicjack
So, I guess, the implication is that even if we make the leap that our own agencies are not pursuing this technology, they are at least concerned that someone is.

Wouldn't that just be a responsible approach? Leaving all conspiracy angles aside, if you ignore the possibilities, then you leave the back door unlocked and partially open.


I agree with that. You need to know about it, if only to recognise when someone else is doing it, which fits in with the question they asked that was included in the OP.

Having said that, suspicion that they might go further than just knowing about it is entirely justified IMO.

posted on Feb, 20 2015 @ 01:31 PM
link
I'd imagine that agencies like the CIA want to try and model every possible outcome so if the temperature goes up/down in X country what will it do and what sort of political changes will that have and how may that change the relationship with the US and its friends as if water becomes more scarce will X go to war with Y to get better access to it etc

posted on Feb, 20 2015 @ 01:55 PM
link
Hmmm, so they are specifically mentioning the "detect"ion of weather weaponry, not designing and producing it. And the scientist is concerned that they may be trying to find out if their own weather weaponry may be detectable by other nations.

Ok, I know this is already a foregone conclusion for some, but this just makes it even more clear for any who are still wondering... because, for me, you wouldn't be researching into that realm unless 1 of the following 2 is true:

1. They already have weather weapons, they are now at the stage where they are trying to learn how to "cloak" the devices "footprint" to make the results of its use appear to be natural and not man-made, or trying to figure out if there even is a "footprint" and what it would look like.

2. They have reason to believe that another nation could possibly have the ability to develop weather weapons and could in the future or could be currently using them on America's climate.

Now, I know what a lot of people around here say about American Exceptionalism, but come on, it only stands to reason that, if another nation is making and or using weather weapons, then the U.S. probably has them too, except they are lightyears ahead of the others... so either way, #1 is true. They wouldn't be looking into that line of research regarding the detection of such weapons if they didn't already have them, or suspect that other nations have them, and if other nations do have them, we them...most likely.

originally posted by: Elementalist
I could believe it, there is crazier # going on that masses are unaware about, the things that don't ever get reported or tuned into...

Weather weapons sounds like human ego alright. Can't be on this rock forever I guess

If they tried this tech-weapons on anyone, it would turn from nation vs nation to people vs governement/military , very quickly.

Our Earth is what we all have in common, f* with it, you f* with all of us.


The use of clouding seeding techniques with chemicals like silver iodide already cause tension between countries when one nation "steals" another nations rain. No different from the disputes that rise up when one country builds a dam over a trans-national river that restricts waterflow. Forest fires and bush-fires in one country can have a serious effect on agricultural production on another in the same way as volcanic eruptions. The technology is already there, it's the delivery of vast amounts of chemicals, dust or ash that is the problem.

posted on Feb, 20 2015 @ 05:44 PM
link
This thread right here is what scares me the most about climate alarmism and what lengths radicals are willing to go to in an attempt to make themselves feel all warm and fuzzy inside.

Weather/climate control machinations scare the hell out of me... treating the symptom rather than the disease will make for exasperatingly worse problems down the road.

And then add to that alphabet agencies wanting to get in on the action for their own nefarious purposes ?!

What could possibly go wrong ?!


I do remember not long ago, there was an article about Obama causing the polar vortex to dip lower than usual for some helpful reason, and if I remember right, it was not a conspiracy type article, but I cannot find it now, nor any mention of it.

Through a process that remains top secret, the Navy and Air Force tied one end of the bungee-like cords to commercial jets and the other to the jet stream and then used the jets’ trajectory to pull that baby southward to form the polar vortex.

Bedlam can probably help with this one, I hope. This is crazy, right? But this GreenGrok guy is from freaking DUKE. He's not making this up, I wouldn't think. Sounds so wacky though. Kinda like the ISS space shuttle tether experiment but down here, in atmosphere. IDK.
edit on 20-2-2015 by DenyObfuscation because: might as well just become a chemmie

Check the date? Why? So I might read all the way to the end and find this?


With the unqualified success of ACDC, there are rumors of a summertime geoengineering exercise: Phenological Revamping and other Natural Keys, or PRANK for short. We’ll be writing more about that one on April 1, 2015.

It seems there is a pattern forming. All the crazy ideas are.........crazy.
Who'd a thunk?

I've been noticing after hurricane Katrina, most others turn and hit Canada and skip New York instead of plowing through US

How does one steer a hurricane?